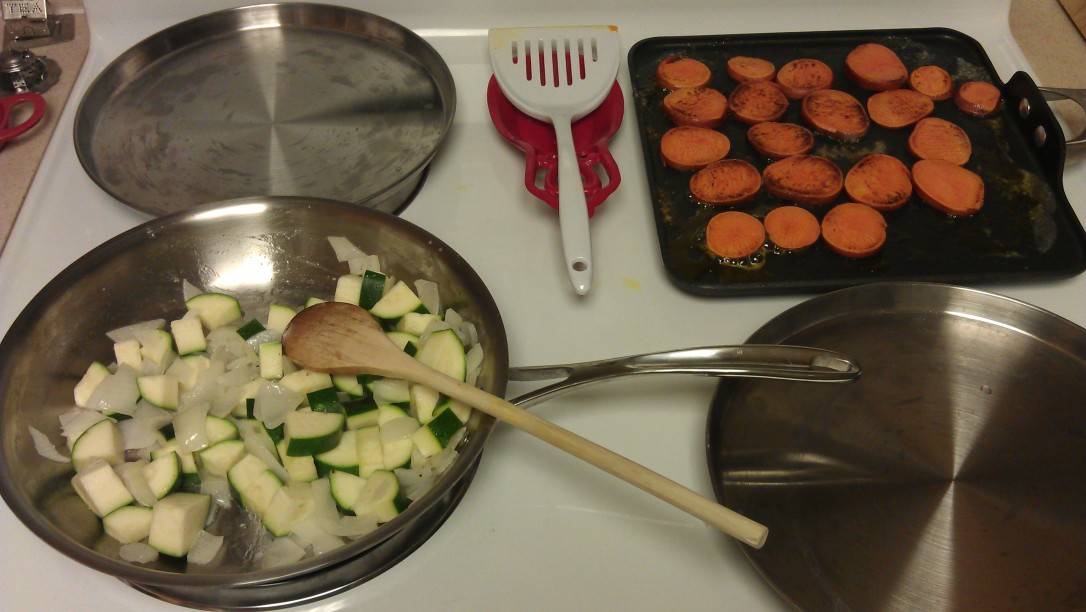 I don’t have a clever caption for this week, and the first photo is of my supper on Monday 1/16, but after eating camp food (i.e. hot dogs, etc) all weekend, I was very excited to cook something nice and fresh.

1/17/2012 Tuesday we got some of the dry ice (ice cream delivery = lots of cold packing material!) and tossed it into the moat around the lemur exhibit. They were fascinated.

1/19/2012 It’s the time of year again at the zoo where the peacocks are showing off to anything and everything. I’ve seen them flirt with rocks, and I’m not exaggerating. In the same vein, I don’t understand how people see this *points above* and see the group of females he’s protecting and then think it’s a good idea to get reeeeally close to him.

1/20/2012 I had put my butterfly jar away for a while, but got it out on Friday for Caspian. I’ve been trying to make more of an effort to give the kitties new and different things to do, if not every day then every few days. Enrichment and all that.

1/21/2012 I went to a gymnastics meet on Saturday night. I’ve always been fascinated watching gymnasts on TV (and am looking forward to this summer’s Olympics!) and it was fun to see them competing. They were all very good, but some were just incredible. 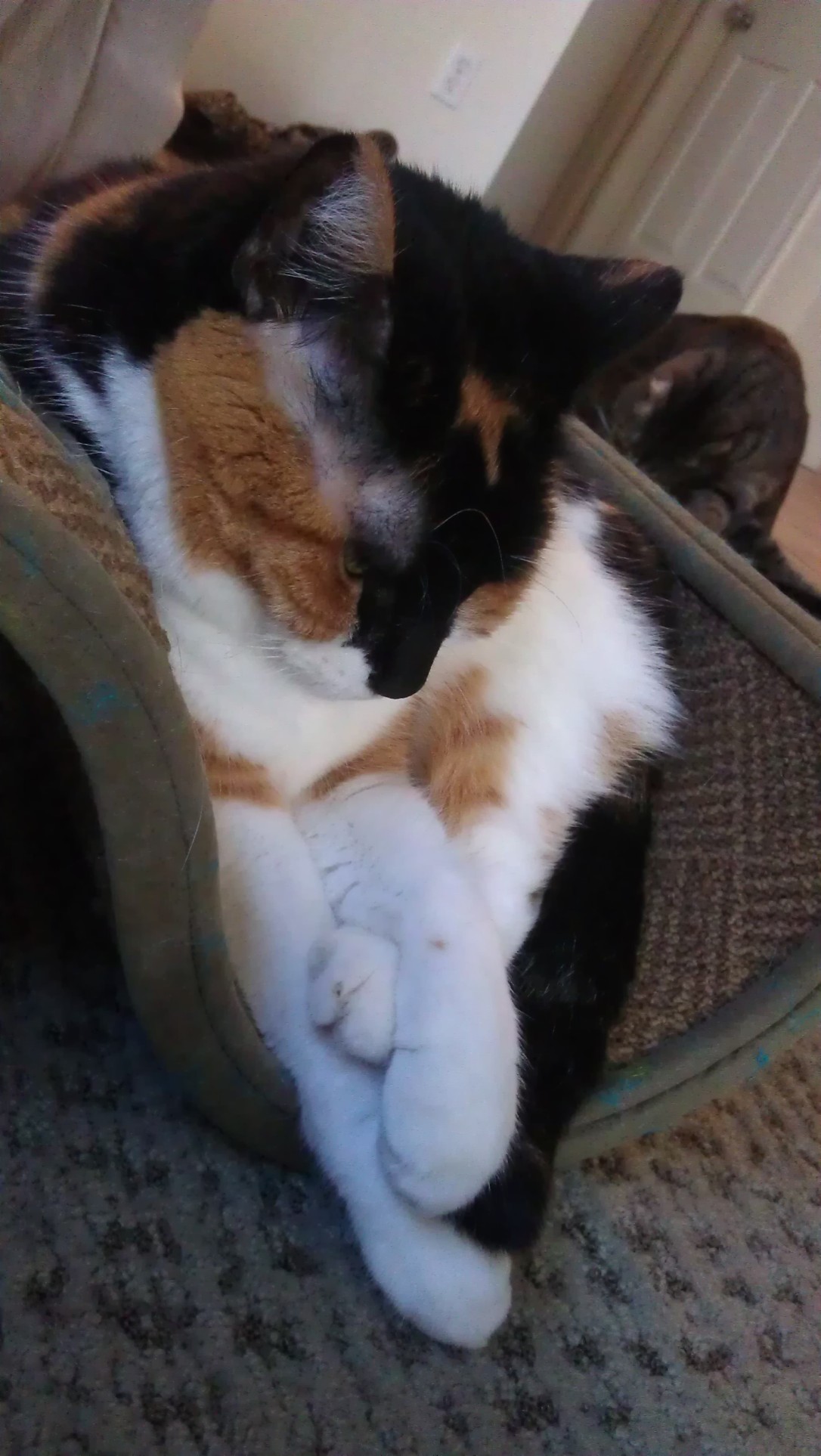 1/22/2012 Lack of a “thing I did today” photo because I spent most of the afternoon/evening just relaxing and playing with the kitties. Leena all squished into her seat was cute, though. ^_^