NaNoWriMo is over. I am slightly exhausted but mostly really satisfied. I finished the month with over 75,000 words, which brings my grand total to over 120,000 words. Woot! I’m giving myself at least the next week off to let my poor brain recuperate, then it’s into rewrite-landia.

I know the blog got a little ignored during November. All the words were going to the book. That’s expected. And now that I’m done with that first draft, post ideas are coming back to me. I’m taking notes. But the thing is…

I think I’m going to change the format of this blog a little bit. Same topics will still be covered, but I’m thinking less of my day-to-day life and more of my thoughts and opinions on things. Maybe I’ll even make you laugh. We shall see.

None of the old posts will go away, but the site itself will probably get a bit of a facelift. Just as a warning.

So there we go!

I hope everyone has had a good November, and here we go, careening into the holiday season. Geronimo!

In a strange and yet kind of AWESOME turn of events, my blog now appears only SECOND to Wikipedia when you search “North Dakota conspiracy” in Google. Seriously, go try it.

I noticed because my blog host tells me what search terms people use to find the blog, and there have been consistent (if in low frequency) hits on this post I wrote almost two years ago in which I posit my personal conspiracy theory, namely that I don’t believe in North Dakota.

For years now (at least a decade) I have been telling anyone and everyone that North Dakota is just a government conspiracy to house giant secret military bases, probably to protect us from Canada. And people keep insisting that they know people from North Dakota, to which I reply “THEY’RE JUST IN ON IT! DON’T TRUST THEM!”

Personal conspiracy theories are important. Much like Shakespeare, sometimes you need them at parties.

What? Don’t tell me you’ve NEVER been to a party where someone has a Shakespeare-related problem or where someone can’t quite remember the correct quotation? Am I the only person who can’t leave a “To be or not to be” just hanging there, unfinished?

Anyway, you never know when you’re going to need a good conspiracy theory in the course of a conversation, and North Dakota fits the bill.

Incidentally, I have found that I am not the only one. Just keep digging through that Google search, and you’ll find things like this…

DISCLAIMER: Believe me, this post and the original North Dakota post (and a good number of other things on this blog) were written in satire…. and yet people keep coming here. I love the internet.

“The time has come,” the walrus said, “to talk of many things. Of shoes and ships and sealing wax, of cabbages and kings. Of why the sea is boiling hot and whether pigs have wings!”

If you have ever been on a road trip with me, or otherwise confined with me for any length of time whatsoever, I’m sure you’ve at some point heard me say that I don’t believe in North Dakota.

North Dakota is not a real state. It’s a government conspiracy, and exists to house military bases in order to protect us from Canada. Canada is secretly a huge threat; the friendly nature of Canadians is just a front. They will smile at you until you don’t suspect a thing!

Anyway, I’ve been pointing out for years just how far the conspiracy goes; North Dakota is carved into monuments, has a star on the flag, even has its own state quarter with all the rest. But that’s what they want you to see. All of the “Look at that lovely state, North Dakota!” is only there to distract you from the truth that North Dakota is fake. 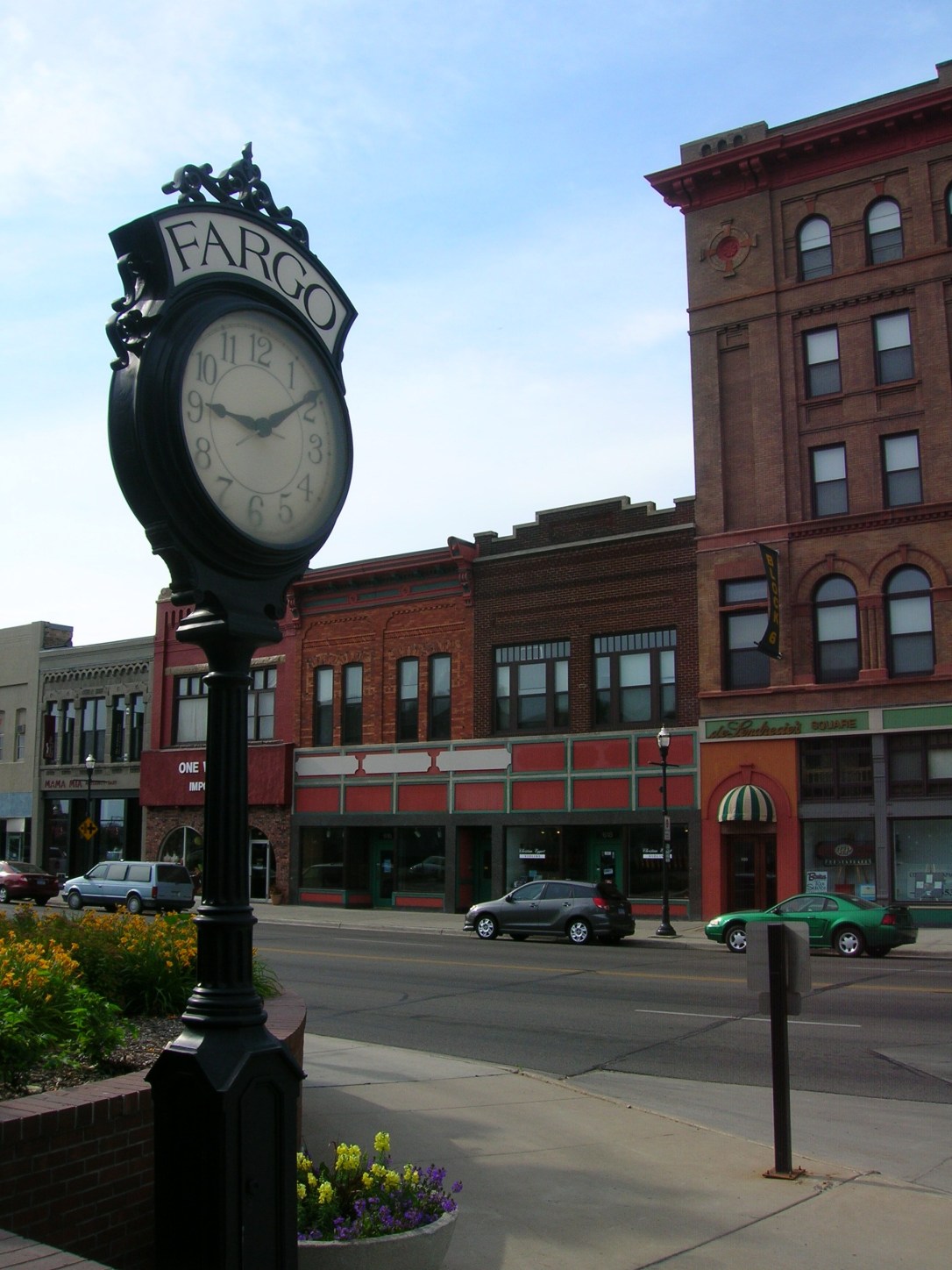 Don’t get me wrong, there is real land up there. And Fargo’s a real place. I’ve been. I cuddled baby goats there at the Red River Zoo. 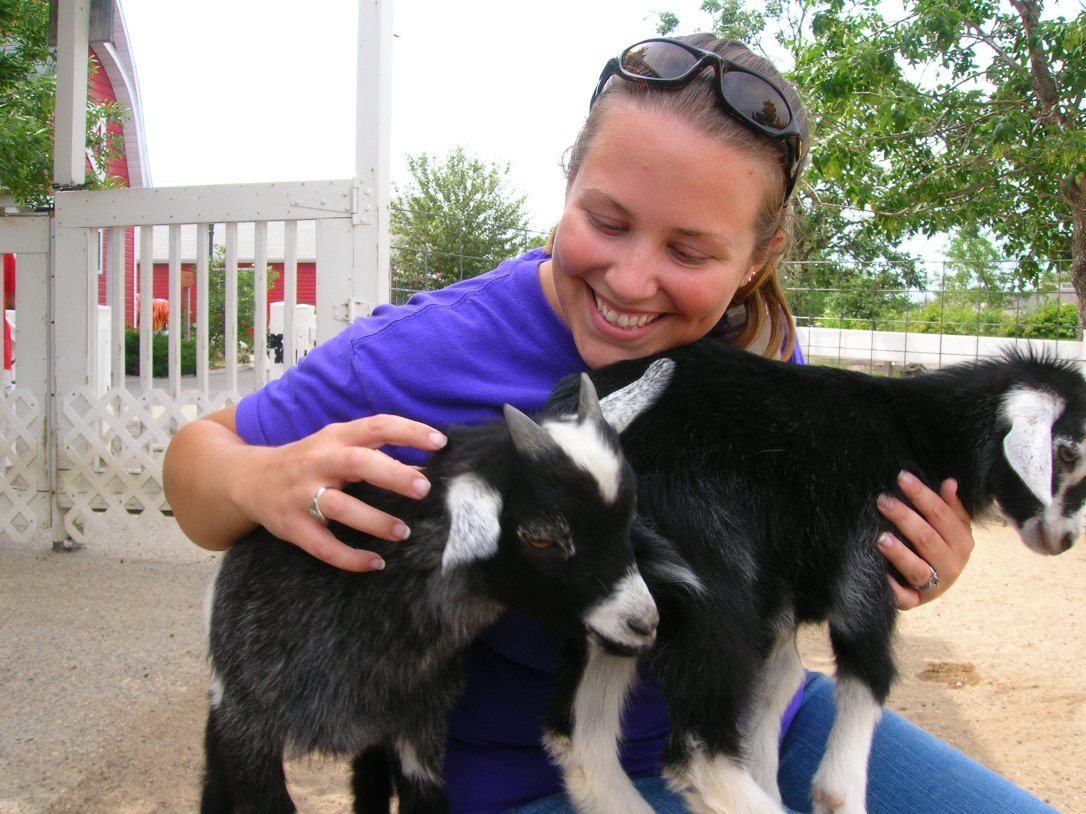 But for some reason the highways all run along the borders of the state, and there aren’t any major cities or towns that aren’t along the edges. The entire middle is just a vast area of farms. With silos. You know, the sort that can easily conceal secret military arsenals.

The most telling thing of all? Look up North Dakota‘s history. (<—There are four links there, by the way.)

Nothing important ever happens.

The “important events” that have happened since North Dakota “became a state” all happened in South Dakota. Seriously.

For years, people have laughed at me, assumed I was being ridiculous, and dismissed my theory…

..but today I found out that I am right. North Dakota is not a real state, and I have a historian (and also a congressional bill) on my side!

See? I was right.

It’s interesting to me that this silly little blog post has continued to be my biggest draw, traffic-wise. It was written to be entirely tongue-in-cheek, and yet (as you can tell if you skim the comments below), it doesn’t seem to be taken that way. But let me emphasize: this was a joke, and is accompanied by photos of my visit to North Dakota. It is meant to satirize conspiracy theories, which I enjoy but are nearly all pieces of absurd fiction.

I have now closed comments.

If you want to know more about me, why not check out some of my other blog posts? 🙂

And if you’re into sci-fi and time travel, why not check out my YA book, Threadwalkers?

As of last Thursday, I am a 2009 NaNoWriMo winner. As of midnight tonight, I will be a verified winner, which means the site will count my words and then change my little status bar that shows my total word count from green to purple and I will be able to print out a winner’s certificate and all sorts of fun things. I actually can already get to them because of a glitch in the system, but I like to play by the rules. ^_^ I will also have access to a lovely Winner’s t-shirt, which I will add to my Christmas list and hope someone is nice enough to send to me. (I wear a unisex medium, by the way… I’m just saying, in case, y’know? ~_^)

I’m going to keep writing for the rest of the month, though; the story is interesting enough now, and I kind of like my characters, but there’s still a huge gulf in the middle that is supposed to be The Road Trip. I might save myself from this problem by going back and just giving my characters a pair of plane tickets so I don’t have to deal with charting a course. Or maybe they start to road trip, decide it’s not what they want, and go back to get tickets… or maybe they’ll pack their camping gear and rent a car at the Portland airport, since their ultimate destination is northern Oregon. Yes, I think we can just get rid of the Middle of the current story and it will do just fine. Who needs a road trip, anyway? Not these two.

Another cool thing that happened this week was that my little story synopsis was selected by the NaNoWriMo staff to be given to a New York graphic designer to make a cover for my book. Of course, it’s not a “real” cover for publication, but it’s a fun souvenir of my story this year. Plus they’re only picking 30 people out of about 165,000 so it’s awesome that they picked me. It probably helps that I labeled my story “chick lit” this year, too, as I doubt that’s a huge genre… That’s it up at the top, in case you were wondering. I think it’s hilarious. ^_^

Today I didn’t find something good about Hawai’i (which is my goal every day), so I will count the fact that the kitties are now adjusted enough that they’re both hanging out downstairs with me; they’re both sitting on the table at the moment so they can keep an eye on me, I think. I’ve given up trying to keep them off of it, so as long as they don’t get up there when we eat and I wipe it down before I use it, I think I’m okay with this. After all, sometimes you have to pick your battles.

Before I sign off, I would like to issue a general apology: I have been terrible at getting in touch this month, I know. And I’m usually short and slightly irritable when I do talk to people. For that, I apologize. Please chalk it up to nearly 60,000 words before Thanksgiving and lots of time in front of the computer to do it. I promise I’ll be back to normal in December. No, really, I will!

If I don’t talk to you before then, have a wonderful Thanksgiving. ^_^