Well, look at that! I managed to not wait three months to update the blog again. Amazing! For this (I would say “lovely” but it’s snowing again and about 13 degrees outside so it’s just “this”) Tuesday, I’ve got two small stories for you from the last week. We’ll start with what happened today so everyone can end this adventure on a high note.

Winter and I are not friends. The fact that I have two actual friends named Summer is purely coincidental and amusing, but the point remains that I have no friends named Winter, seasonally-based or otherwise. In an effort to make Winter in Chicago (which is a brand new experience and providing a whole host of other “entertainment” including frozen windows and slogging through brownish-gray “snow”) more bearable, I am trying to embrace a few winter traditions. Last night I made hot apple cider in my percolator so that the house would smell wonderfully like apples and cinnamon and cloves and allspice with the ADDED BONUS of hot cider. Win-win, right? It was lovely sitting in front of the fire with a big, steaming mug of cider.

Today I set the percolator on the counter with the basket full of still-damp spices (cinnamon sticks, whole cloves, and whole allspice) exposed for drying and then disposing. I did the daily kitchen-floor-sweeping (who on earth thinks it’s a good idea to put a back door directly into a kitchen??) and set the broom against the counter….where it slid and knocked into the percolator which knocked into other things which all went bouncing across the white tile of the freshly-cleaned kitchen floor in a veritable explosion of drippy spices. Between the cloves and allspice and remnants of cinnamon-infused apple drips, it looked like an army of incontinent rabbits had just charged through the place. You’re welcome for THAT image.

So now the floor is swept (again) and steam-mopped (again) and the kitchen rug is in the washing machine (again) and I’m going to try and eat lunch at some point, I suppose.

In the meantime, here’s the other story. 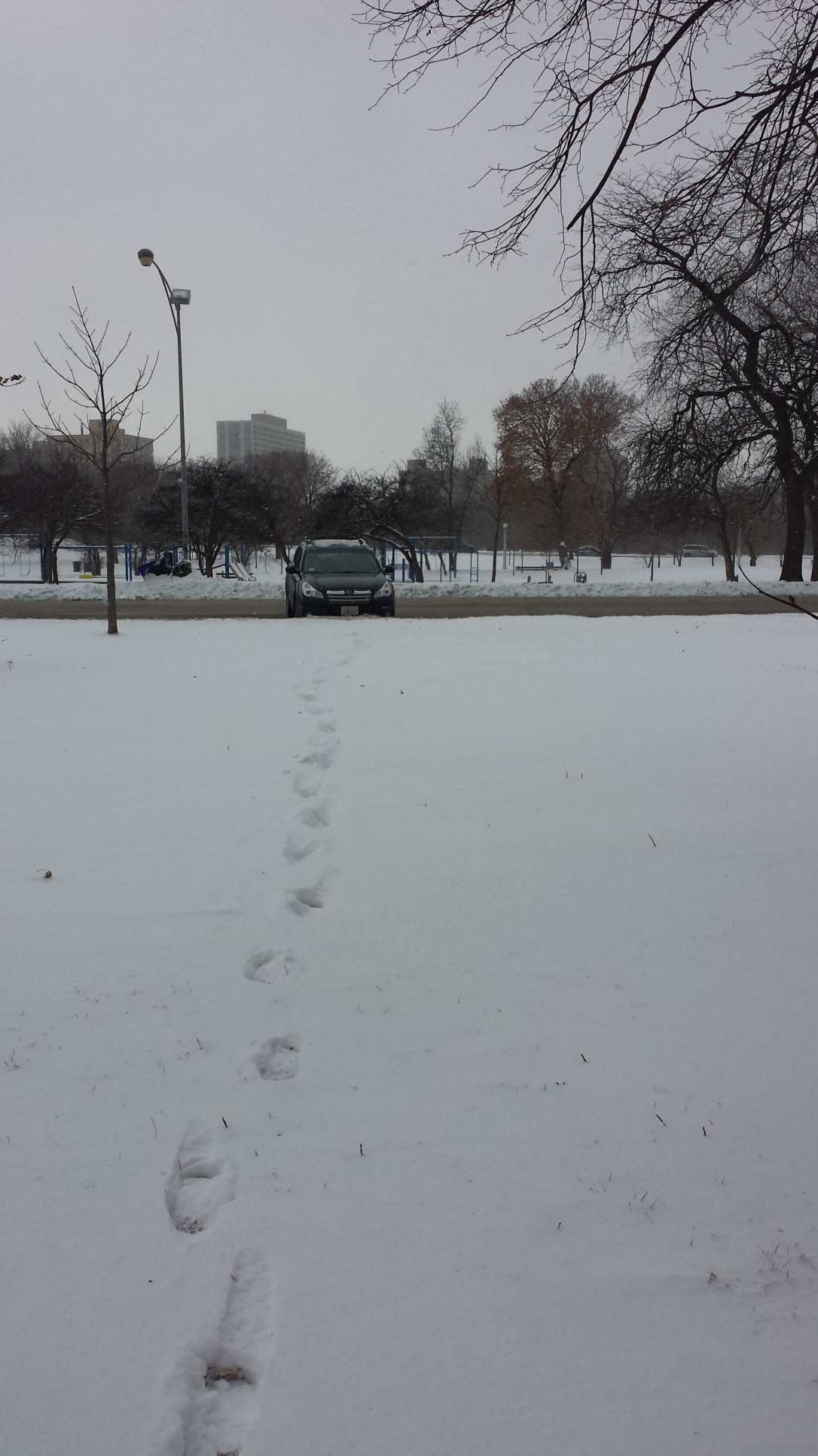 Yesterday I had an appointment downtown and on the drive back home I noticed a park. I’ve done this drive a few times, but it’s the first time I’ve been confident enough in where I was to notice things other than traffic, street signs, etc. The park was buried in snow, but the roads were clear (thank you, infrastructure) so I detoured.

And found myself looking at water through the trees. So out of the car I trudged and toward the water because, after all, a determined Jo will eventually find her way to a beach. And oh what a beach I found.

The ice floating on the water, the snow piled up in banks like sand dunes… It was pretty for about five minutes. Then I trudged my way back to Harriet (Jones, Subaru Outback) and headed home as the flakes got bigger and more accumulation announced itself.

I do think it’s interesting the way snow sticks to trees in patterns depending on the wind and the shapes of the branches and things. I don’t think that Winter and I will ever be friends, but we might be able to find a truce. As long as there aren’t any more incontinent rabbits wreaking havoc in my kitchen.