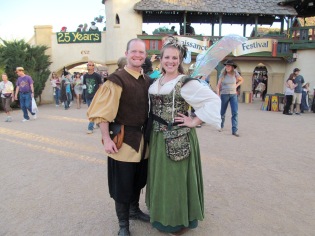 Two weekends ago, J and I took a roadtrip to Arizona to go to the renaissance festival that’s just outside of Phoenix. This one is the sister festival to the Carolina one (owned by the same company) and since J hasn’t been in town for one in a while, we decided to do the six hour drive and enjoy the weekend in a new state. 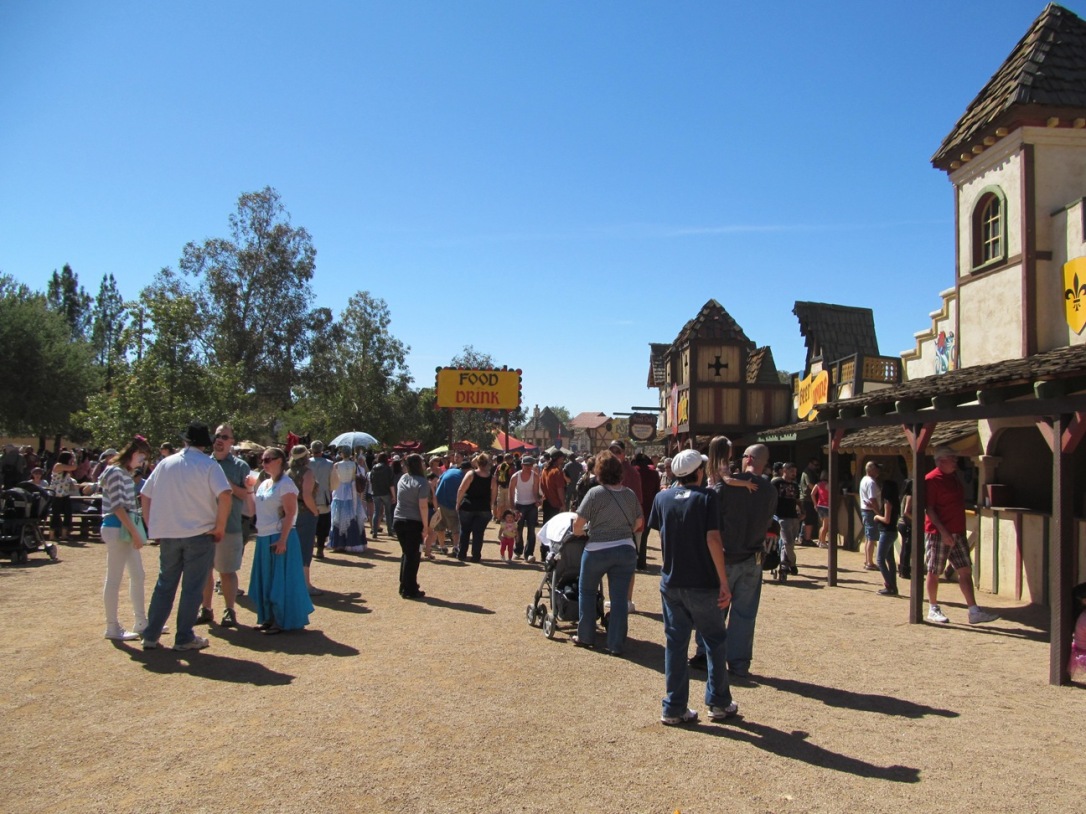 I’ll show you more of Actual Arizona in another post, but the thing that surprised us most was that, once we’d trudged across the sand and gravel parking lot in the middle of a desert valley, blinking in the sunlight and peering at the distant mountains… once we were inside, it was like we were in a different place entirely. There were still openings in the edges where you could glimpse the outside world, but the festival village was so well designed (and planted with trees) that it was like stepping into one of our home festivals. 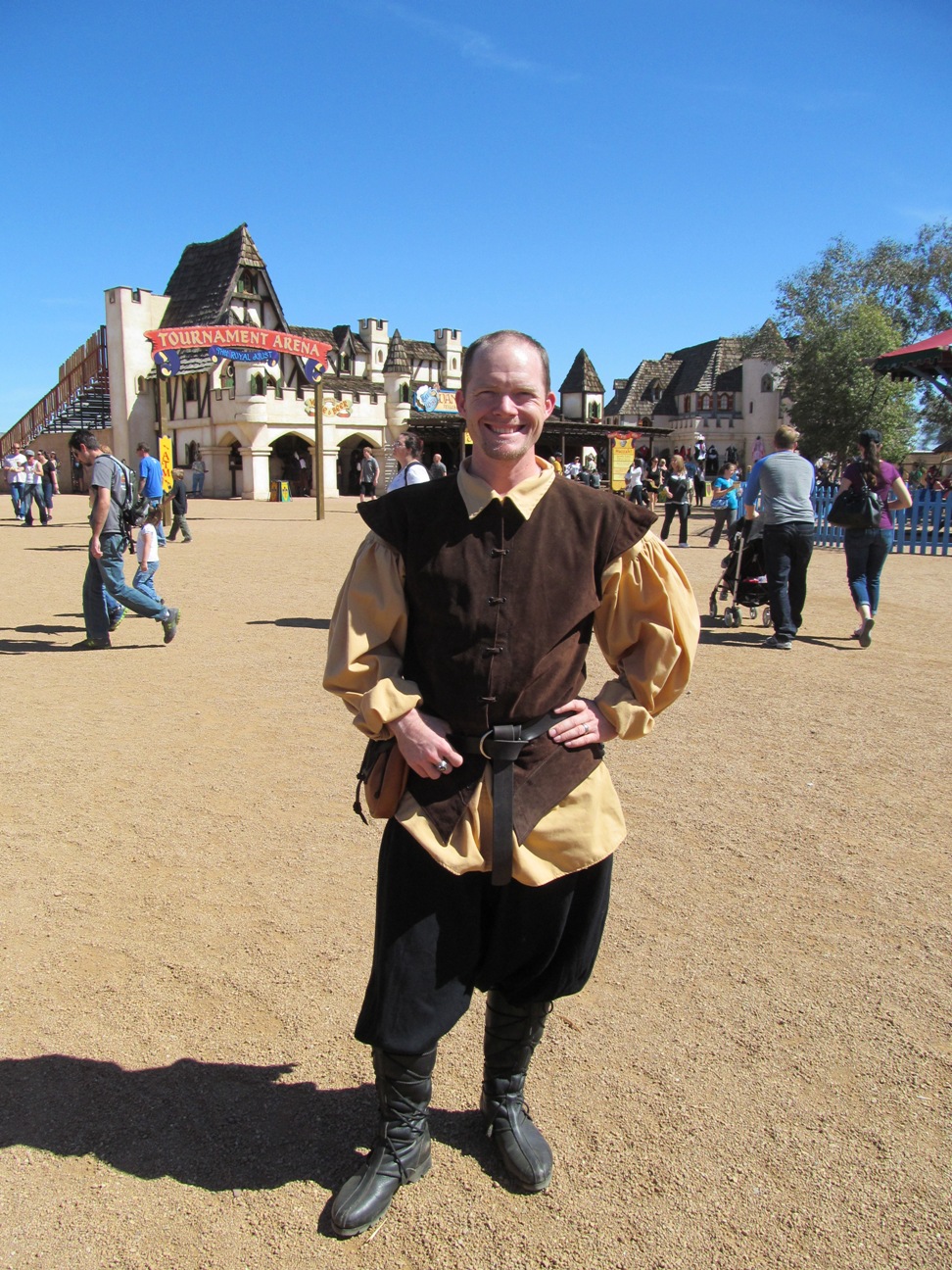 Interestingly, the Arizona festival has the best design and layout of any we have attended. Both of us were impressed with how well done the whole thing was. It helped that all of our favorite performers were there, but the details were just right. The whole place was laid out in a doughnut shape, so that once you’d walked through, you were back at the beginning. The interesting thing was that there were about three different paths to take through the circle, so you could loop several times and always see something new. 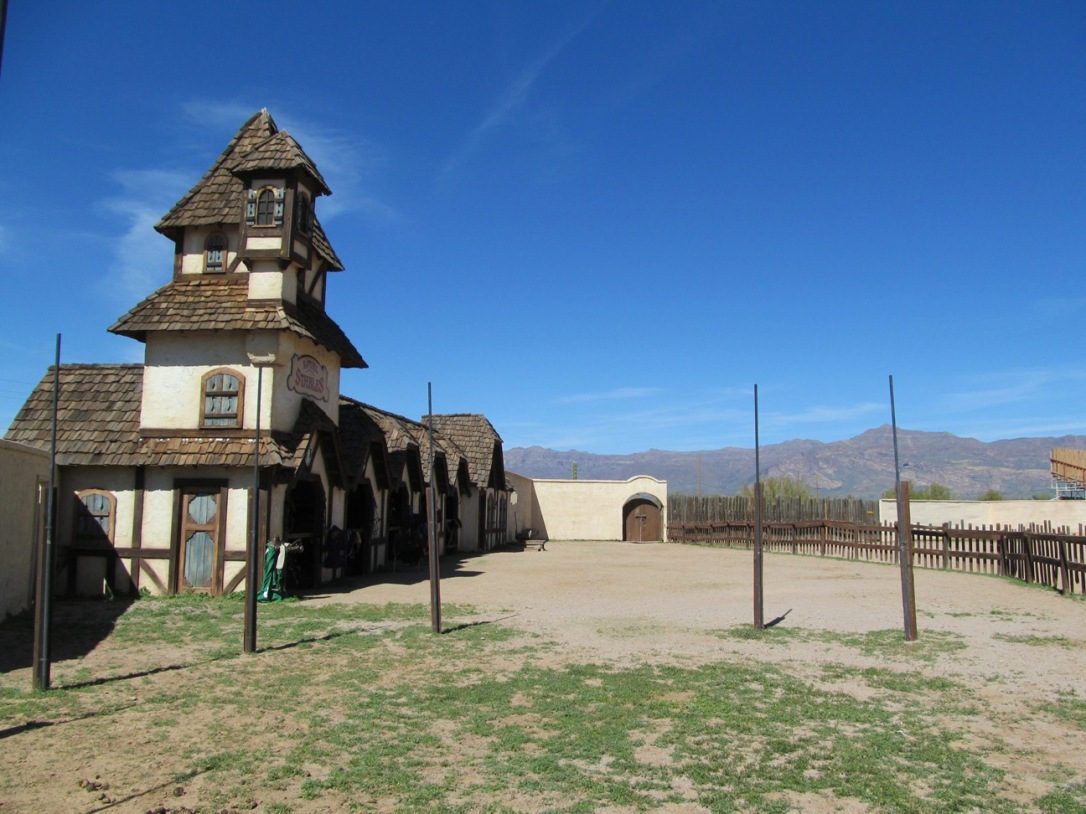 The jousting arena was attached to a stable area you could visit and a castle-like structure at the back of the circle, which was impressive in its completeness (stables where you can SEE the horses during the day! the royal court has an actual place to live and not a random tent!) but also in that since it was at the opposite end from the entrance/exit, you didn’t get caught in a mob of people when jousts ended. 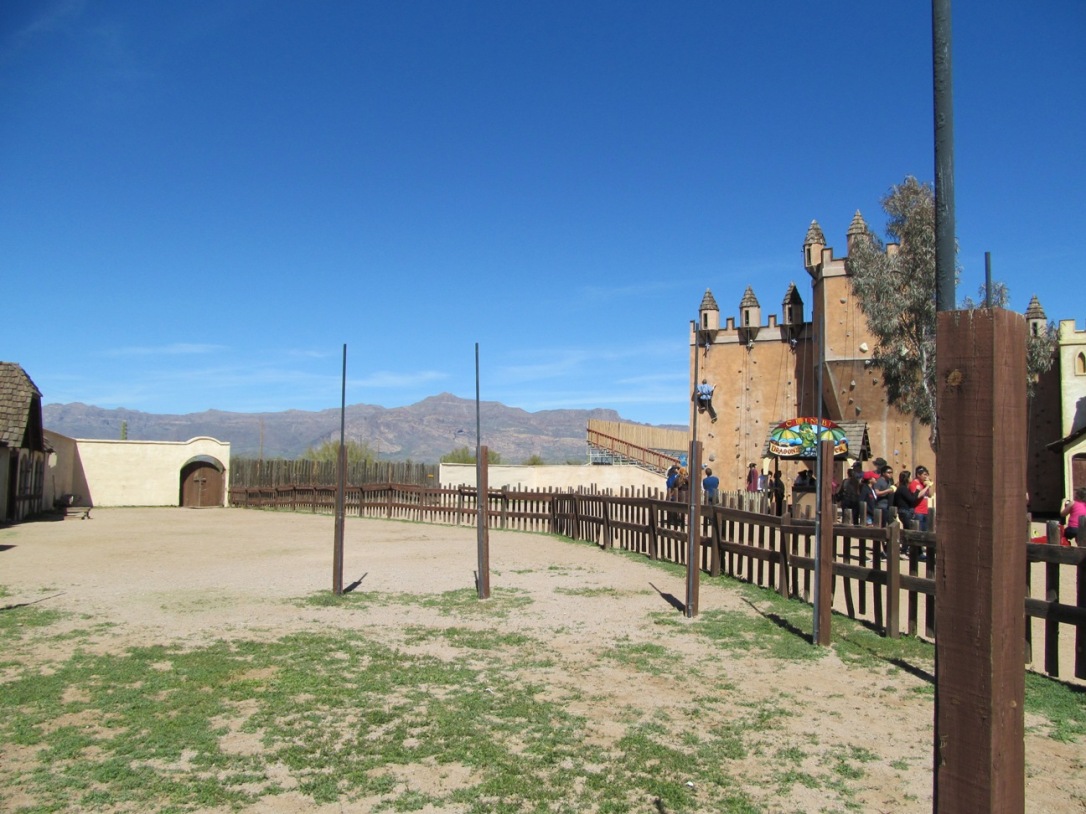 They even had a “reenactment” area, with people simply sitting around having lunch, singing and playing music, and watching the adjacent blacksmith demonstration. All in all, the amount of detail in creating the actual village itself was fun. 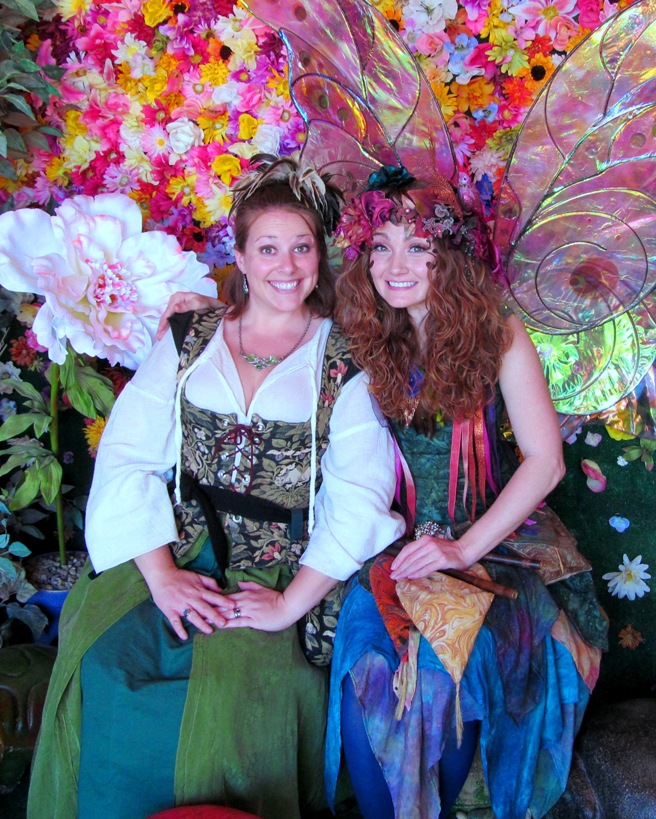 We had a very good time wandering the grounds, going to shows, and people watching. I got my photo with Twig the Fairy (I have several now from over the years, she’s so much fun!) and then found a stand selling fairy wings… so of course that was my festival souvenir. I just have to figure out where to store them. I suspect they will get their own clear plastic bin. 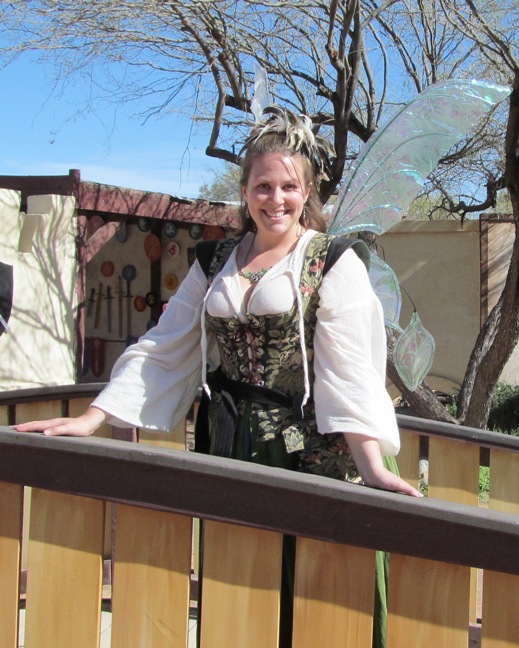 That evening we left tired but happy. We went back to our hotel and changed, then got a recommendation for a local Mexican restaurant down the street and had what is probably the best Mexican food we’ve ever eaten. You know the place is good when you compliment the server on the salsa, and he says, “Thanks! It’s my grandma’s.” Green tamales are my new favorite food.

So that is all. Look for more desert-related adventures tomorrow… ^_^