Lighting up the Honolulu Hale 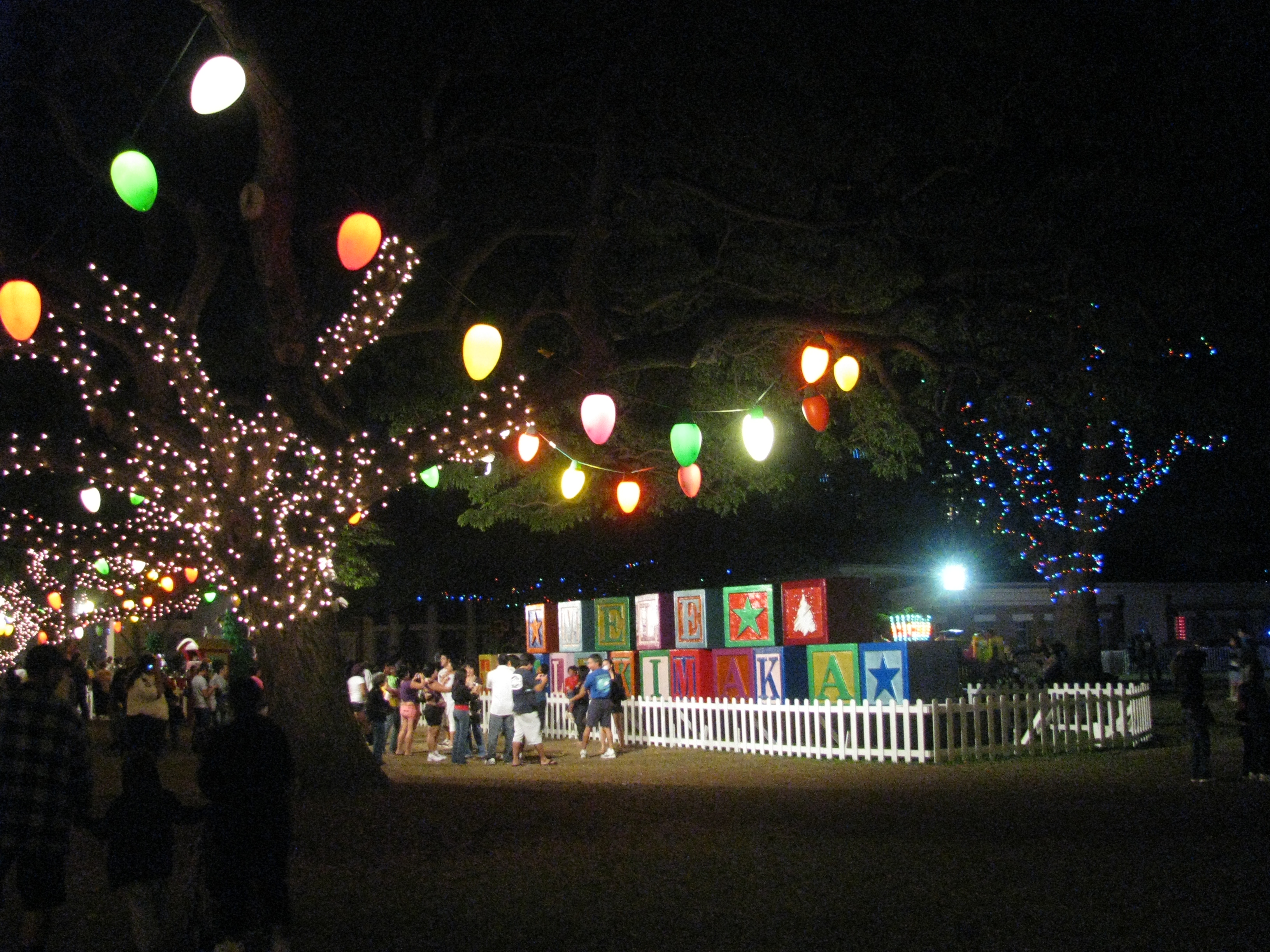 Today is the first day of winter. I wore shorts and a tank top to celebrate.

Last night I went with a friend (one of J’s co-workers’ wives, the only one I can talk to for more than five minutes) to the Honolulu Hale for their Christmas display. We took a trolley through downtown to get there, passing the Christmas lights and enjoying the surprisingly cool air; we both wore long sleeves. The trolleys were entertaining, too; when we passed other trolleys (or fire trucks), the driver rang the bell and everyone leaned out the windows to yell as loudly as they could. Wild.

Aloha Tower is completely lit and the palm trees around it glow with their lights and you could hear carolers singing throughout the place. I think it might have been a school group. We didn’t stop at the Tower, just drove past slow enough to see the lights, then continued to the Hale. “Hale” means “house” in Hawaiian, and the Hale is the House of Honolulu– the mayor has his office there, the city council meets there, etc. It’s a historic building with lots of windows and such, right down by Iolani Palace. The park around the Hale and Palace had been turned into a winter wonderland, with huge displays that might have been floats in a parade, rides (including a train that was flashing and playing music) and a gingerbread house with Santa sitting inside for pictures. It was crowded and full of kids but still somehow beautiful. There were lights in the trees as big as globes, and all sorts of other decorations, and a huge tree out front.

The best part was the Palace, which is covered in round paper lanterns that light up after dark so that the entire building and grounds are covered in red, green and white orbs. Carriage rides picked up passengers behind the Palace, including one designed to look like Cinderella’s pumpkin coach, complete with white horse and bright lights outlining the pumpkin shape. The whole thing was very local but very fun.

Christmas in Hawaii is turning out to be interesting. Not bad, just a little different, and so far I like it.

[update]
I’m currently uploading photos to the photo journal so you can see, too. ^_^