It was both very exciting and very anti-climatic at the same time. When you see photos, you’ll understand why.

J had duty yesterday and I wanted to get out of the house, so I drove through downtown and past Diamond Head to where some of the really good overlooks of the Pacific are, looking in the direction of the Big Island. I stopped at a place with a lot of traffic, thinking there would be something interesting there, but it turned out to be mostly tourists. There are always a lot of them, especially from the various Asian countries that fly here regularly, and it can make a scenic spot not so pretty any more. I sat on the wall at the top of the overlook for a while anyway, enjoying the view and made friends with a lady out there looking for whales. She’s one of the whale counters– people who work with the Hawai’i Humpback Sanctuary to take a census every winter of the whales in the area. I learned a lot from her, most notably that I should come back in another month to actually see them. After a while, with no whales in the immediate vicinity, I drove down the road to the Blowhole to see if I could spot the resident sea turtles there.

I found the turtles after a while, and had fun watching them pop up in the surf from time to time while the crazy people who decided to go swimming in the winter surf (that’s NUTS, people!) were down below. I chatted with some locals, mostly about how crazy the people swimming were, and then as I was getting ready to leave, a guy with binoculars shouted, “I see one!” I immediately asked where, and he showed me what to look for in the water. After about ten minutes, it surfaced again. Are you ready? Here it is! 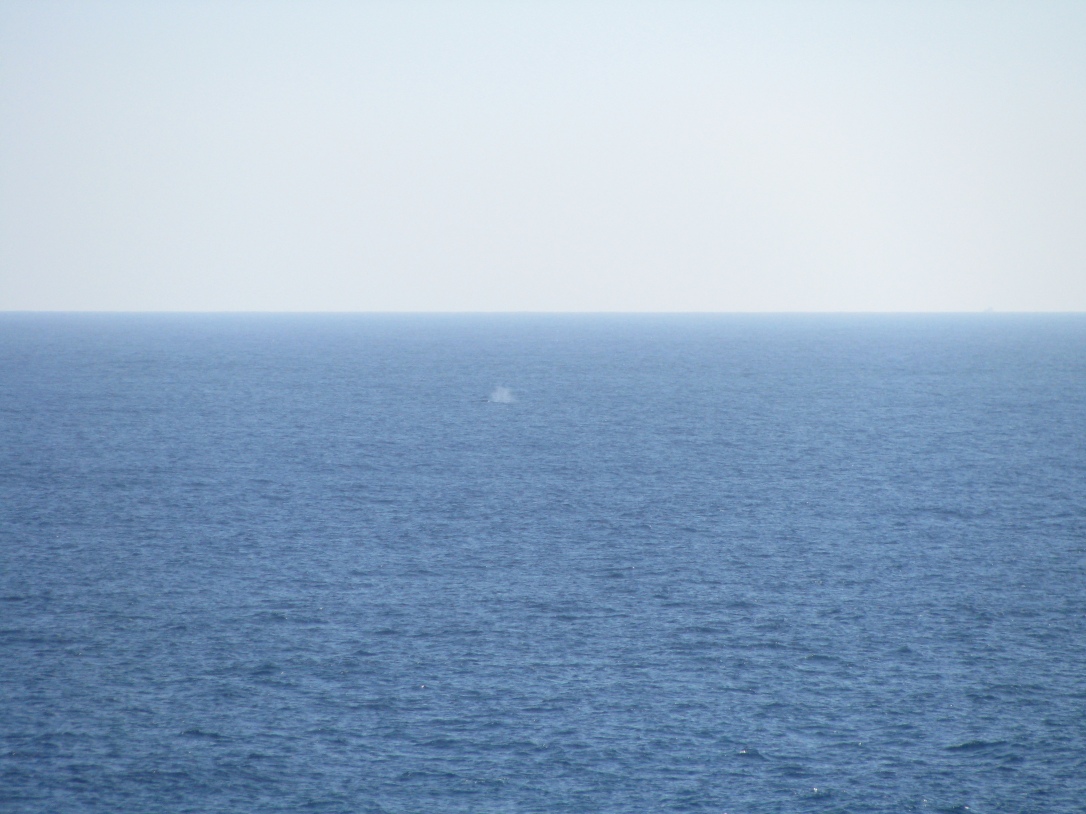 That’s it! You might have to click on the picture to enlarge it, but it’s the little poof of water in the middle. I know, not what you expected. But it’s a whale and I saw it! Apparently next month, when the mothers have their calves, they’ll come very close to the shore and we’ll be able to really see them, not just the little poof of water as they breathe. I saw it three times, moving along toward the north, and then it went out of view. I can’t wait to see them more up close next month. ^_^

Christmas was a good day, and I thoroughly enjoyed watching J rip into his XBox 360. I think that was the single fastest unwrapping job I have seen in my life, and I have seen my brother unwrap Star Wars stuff. No joke. (You can see it, too– click here!) I think it was worth it, too– the graphics look so much better on our big TV than the old console had, and they don’t make games (or even sell them, in many cases) for the old one, either. The other bonus? Most of our old games (excluding some of the really old ones) will play on the new system, too! The kitties got plenty of new toys, too, including a box full of wrapping paper– Caspian’s favorite! 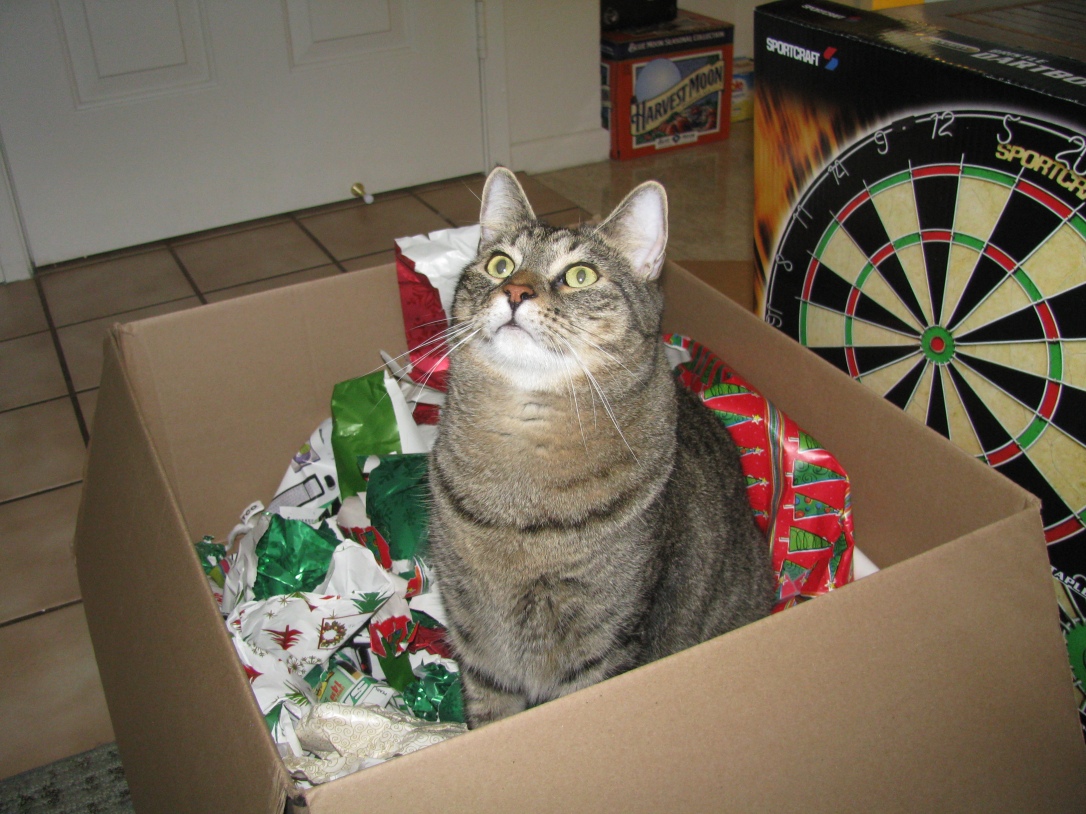 Saturday night we went to see STOMP, which is in something like its fourteenth season. It was an awesome show. If you like the drumline in a marching band, and dance and music all thrown into one, you’d love STOMP. This is the best montage I could find of the show on YouTube. We were sitting in the right wing on the ground floor and it was just plain fun. I think we’ll try to go back next year– apparently they come every year for Christmas.

Today has been a quiet, relaxing day, which I needed. I’ve done laundry (which had reached frightening heights in the closet…) and when J came home around lunch, we wound up heading to the pool. We’ve both been stuck inside for too long, and it was good to get some sunshine and just sit and read for a while.

I’m about to upload photos from this weekend, so look for them soon, and if I don’t talk to you before then, have a wonderful and happy new year!