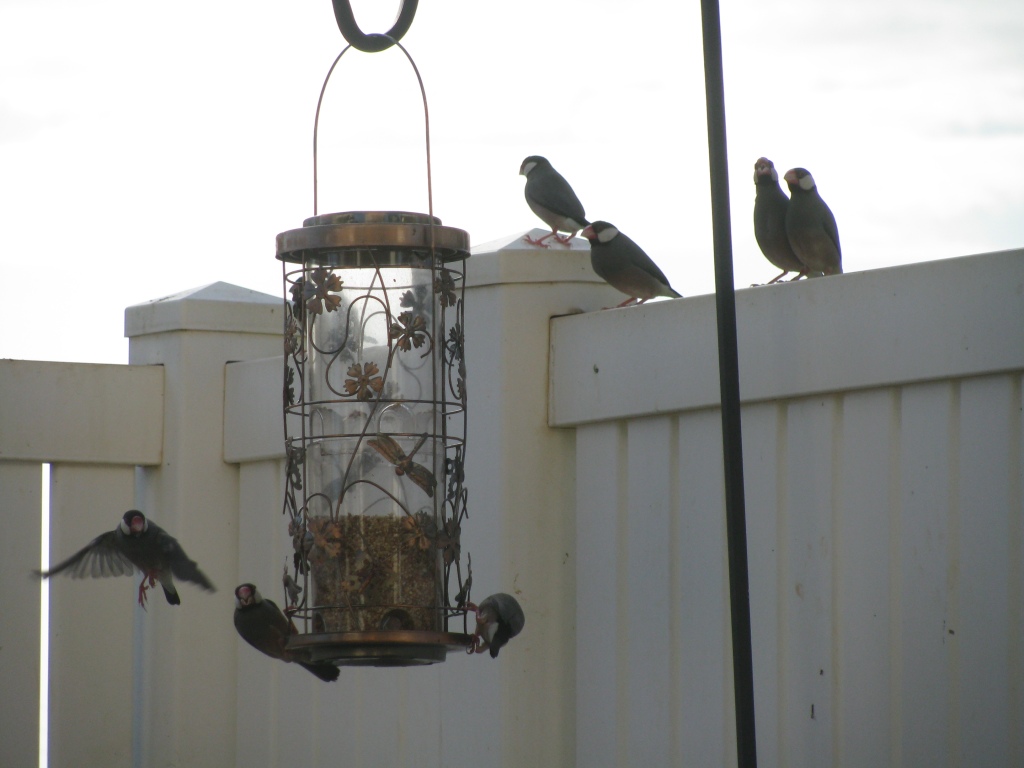 We refilled the bird feeders two days ago, and the birds came back within the hour. I enjoy them, and so do the cats (we watch “kitty TV” out the window) so I try to keep fresh seed out there.

When I first put in the feeders, I attracted a lot of doves. I don’t mind doves, I think they’re pretty, but when you have twenty of them on your tiny back porch, it’s sort of overwhelming. Never mind that there are three different types of doves here as well… and they all swarmed my birdfeeder.

The doves have since been replaced by Java sparrows, which are listed as “threatened” in their home region. This is entertaining to me, as all anyone would have to do is come to my backyard. They could relocate the two dozen from my yard alone back home. Heh. Anyway, these birds are adorable and I thoroughly enjoy them, but I didn’t realize just how brave they were.

Tonight, J got out his little Weber grill so we could cookout. He sat on the back porch around sunset, reassembling it; we haven’t used it since we’ve been here, so it was in pieces. I looked outside to see how he was doing, and noticed something interesting… The feeder and fence were covered in sparrows, as if no one at all was out there with them. They flutter and chirp and push one another off of perches to feed and are the very definition of gregarious as a rule, and J’s presence made no difference.

I opened the back door to snap a picture, and was joined by my little bug hunter, Leena. Kitty TV was suddenly much more interesting! I could tell the gears were turning, and the one who is afraid of outside put first one paw and then another onto the back porch. The back two paws followed quickly, and she zeroed in on the feeder.

In a flash of feathers, the birds had all vanished.

Leena caught sight of the grill, which was apparently very scary, and dashed back inside the house.

There really is something to be said for animal instinct in all of this; having never seen a bird up close in her life, Leena was willing to give it a go. Until the real predator was there, the birds knew they had nothing to fear, no matter how big that other animal was. 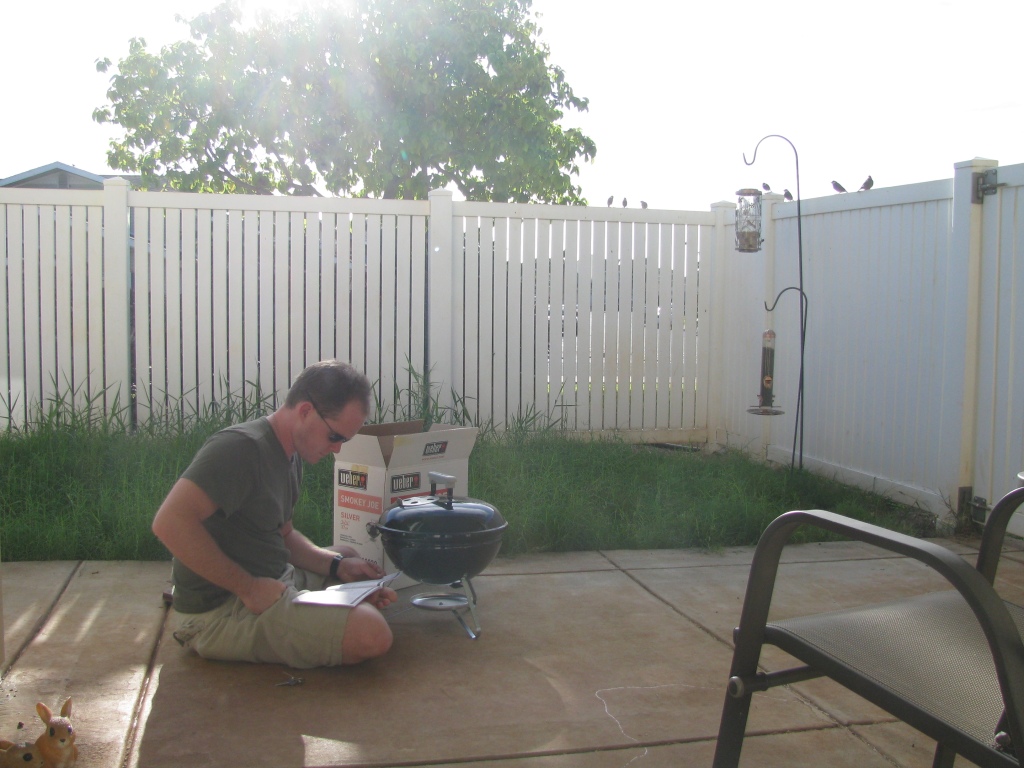 One response to “The Not-so-threatened Java Sparrow”