Let’s play a game… Sing along if you know it!

There you go. The Black Pearl.

More photos are found in my photo blog, once they’re uploaded. [update: You can find them starting here, but there aren’t captions yet. Of course, the whole album is new, so you might want to begin at the beginning…] Some of them I overexposed to show you the detail that was hard to see in the shadows.

These were taken at Ko’Olina, where the ship is parked when they’re not filming. It’s here for the fourth movie, of course. I didn’t go to see it the whole time it was in Kaneohe last spring, so I decided to make a point to go this time. It worked out nicely because I went to the beach at Ko’Olina (which is the fancy time-share area and where Disney’s putting in a resort) with a friend on Friday and she knew where to find the ship.

Ko’Olina is absolutely gorgeous. Definitely now on my favorite-beaches-list. See?

I know it’s man-made over here, but it’s still beautiful. The lagoon keeps the waves (and sharks) out of the water so it’s safe for kids and during the week it isn’t crowded.

Anyway, it was a fun way to spend the day on Friday, and I got to see the Black Pearl, so it was a winning situation.

Today (Saturday) was the February whale count for NOAA and we saw a lot of whales. This time I took some photos of the group as we counted to better explain how it works.

This is how things look in the morning; the glare is awful but otherwise everything is pretty and still cool.

Around mid-morning it gets clear and the glare goes away. 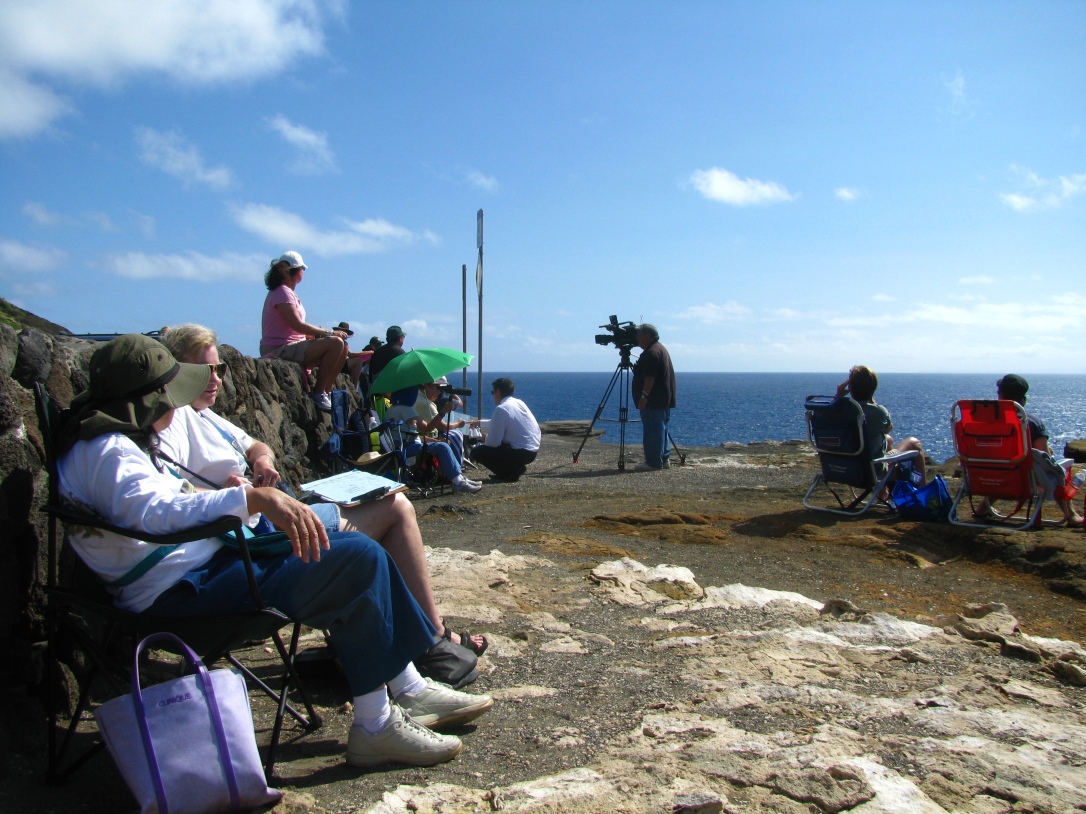 Our view of the whales is about like this:

We record the behaviors on this chart, so that it’s broken down by how many we saw in a given time frame and what behaviors we saw. This is to account for the sites on either side of us seeing the same whales.

Anyway, that at least gives you an idea. This happens three times a year, on the last Saturday of January, February, and March.

And now I’m going to stop writing because I’m tired and have been sitting here trying to upload photos for about an hour. Hope you enjoy them when they’re finally online!