Last week was transitional, really, and I didn’t have the energy to post these photos last night, but here is last week’s set of photos. 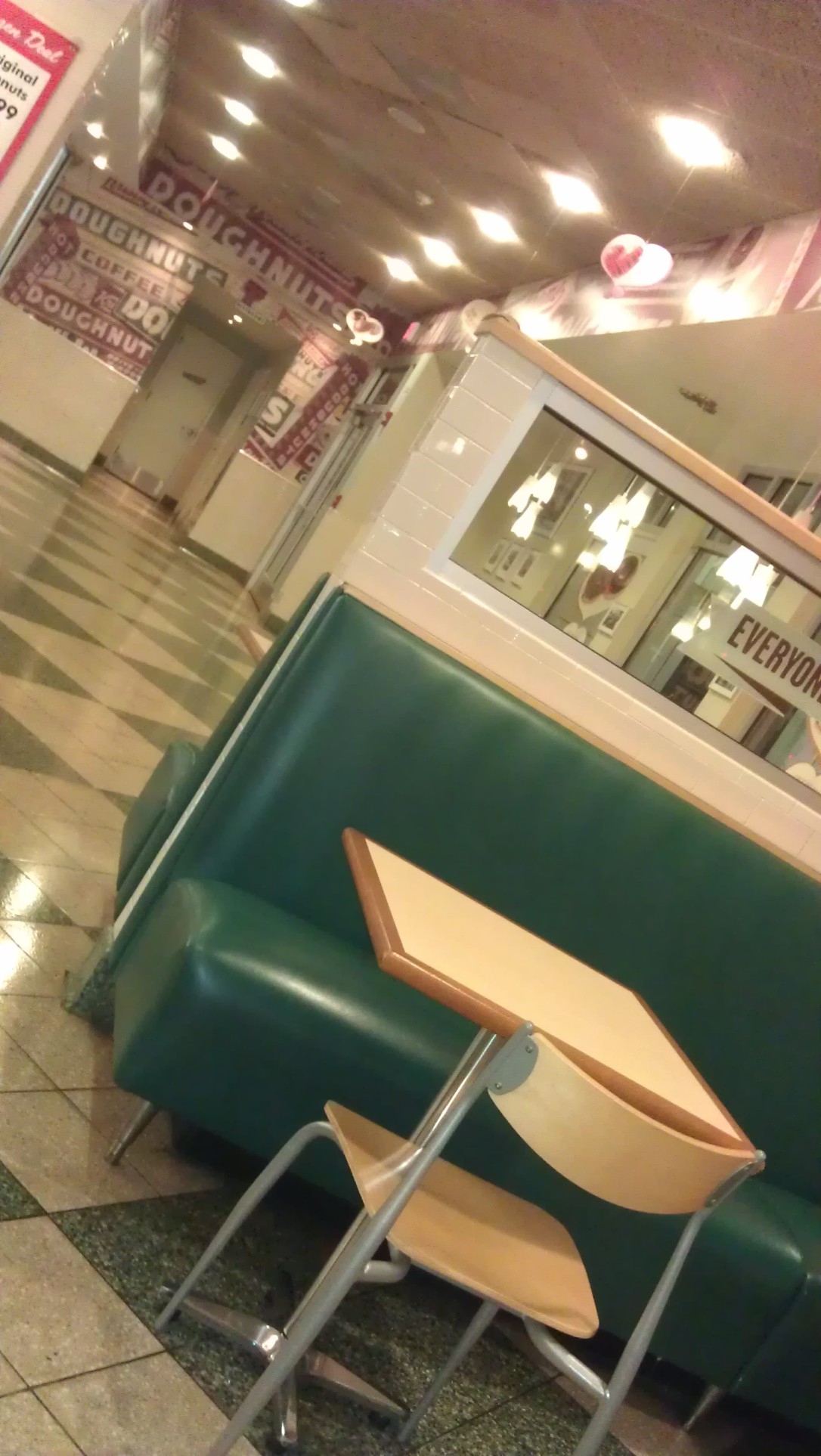 Monday morning we got up at 3am and had a 5am flight to Maui. Redeyes are usually cheapest (which is our motivation, though I’m not sure for how much longer– we might pay for 8am flights from now on) and got to the only Krispy Kreme in the state right after it opened at 5:30. Happy. 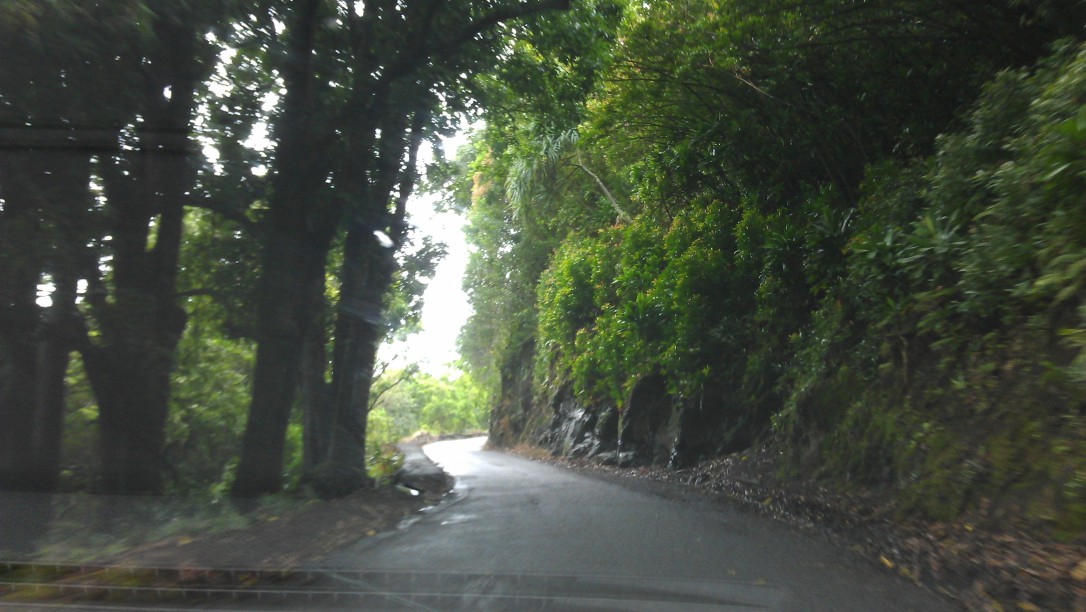 On Tuesday we got up fairly early and did the drive to Hana. It rained the whole way there and part of the way back, but as it IS rain forest, well… what else could we expect? It did mean the waterfalls were particularly spectacular. 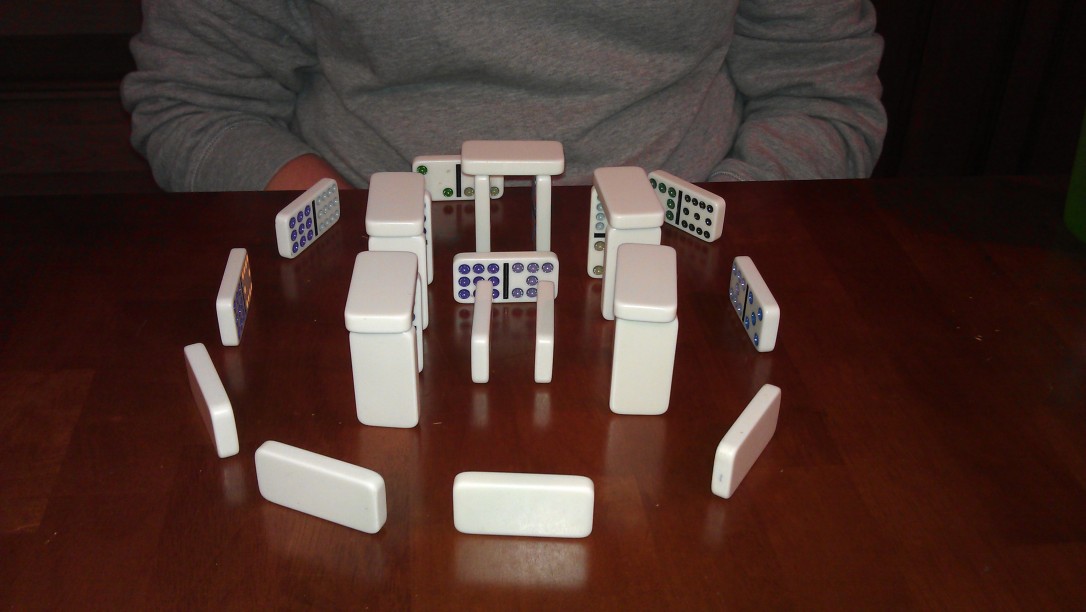 Wednesday we were back home and went to some friends’ home for dinner and games– we played the Mexican train domino game again, and then when it was over… I made Dominohenge. And here starts the transition back to “reality” because it was the first time we’d hung out with friends since J got back home. 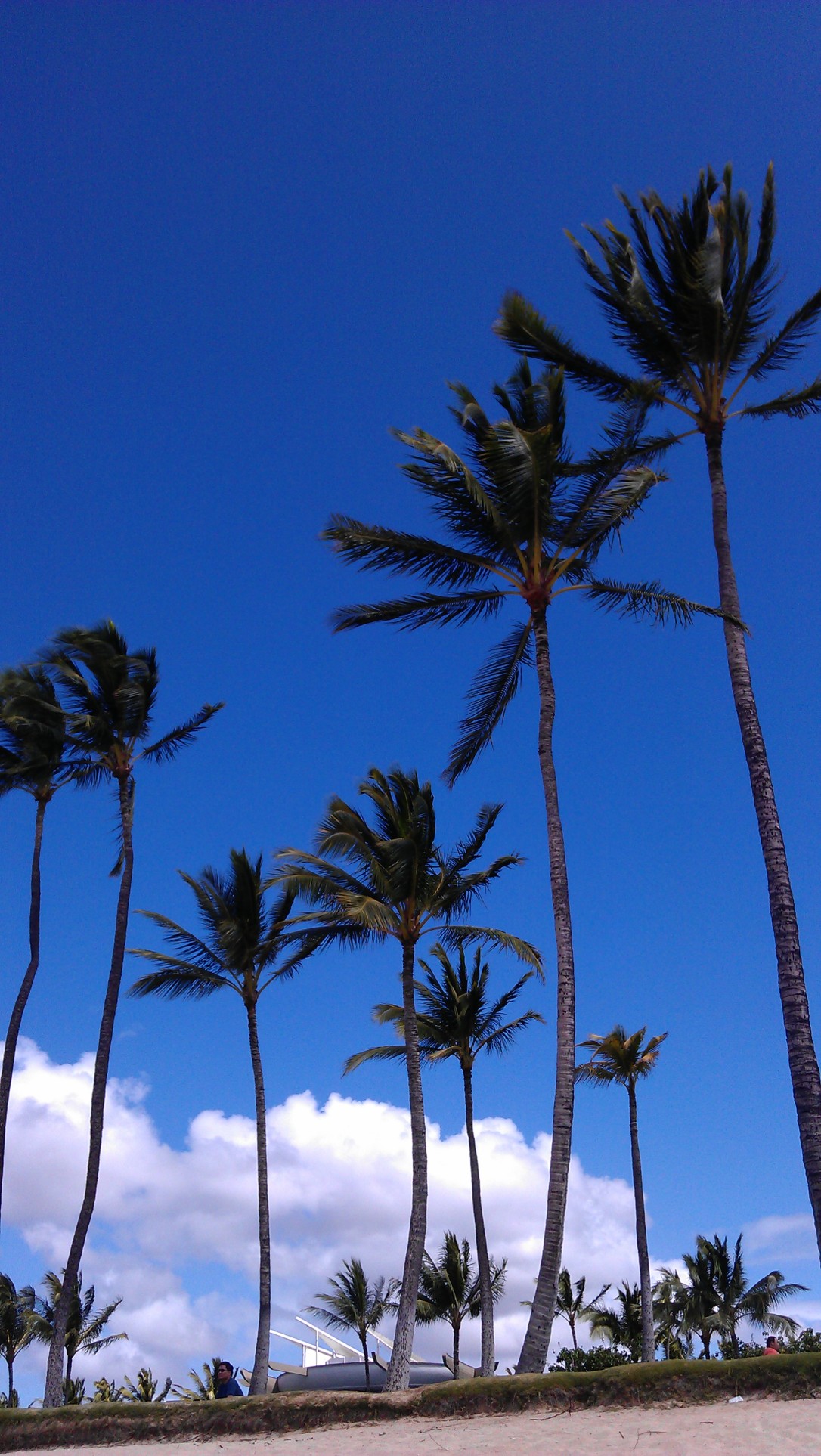 Thursday we spent almost all day at the beach, which was so nice. The weather was perfect (though the water was too cold for my taste) and it was good to relax and not be going anywhere. I love sight-seeing and travel, but sometimes just sitting by the water is nice, too. 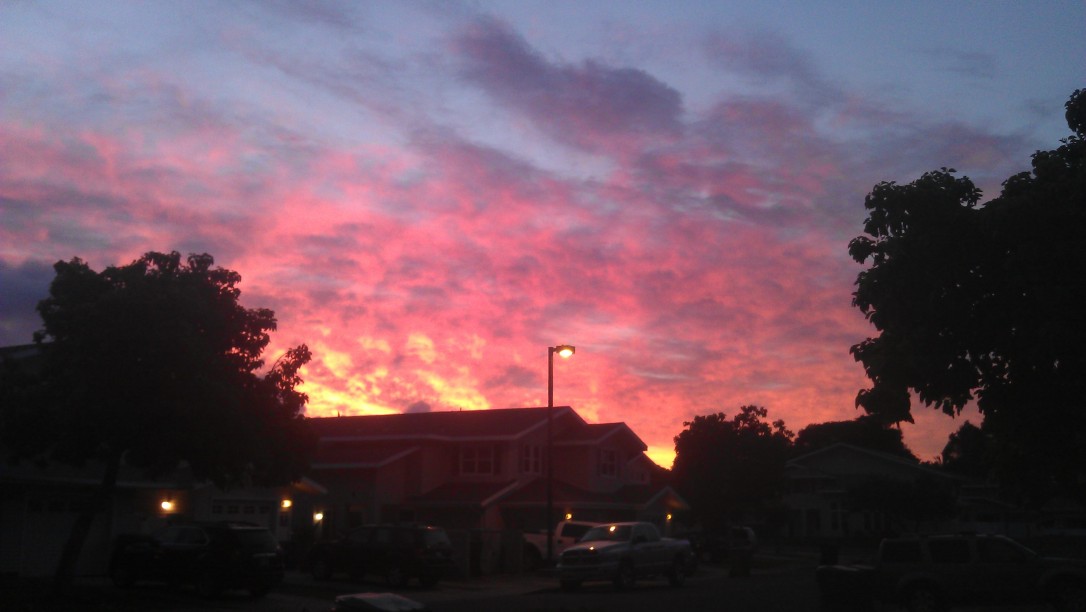 Friday J had to go back into work so I woke up early and drove him. My reward was this amazing sunrise. They’re never this pretty when I go out to see it on purpose. 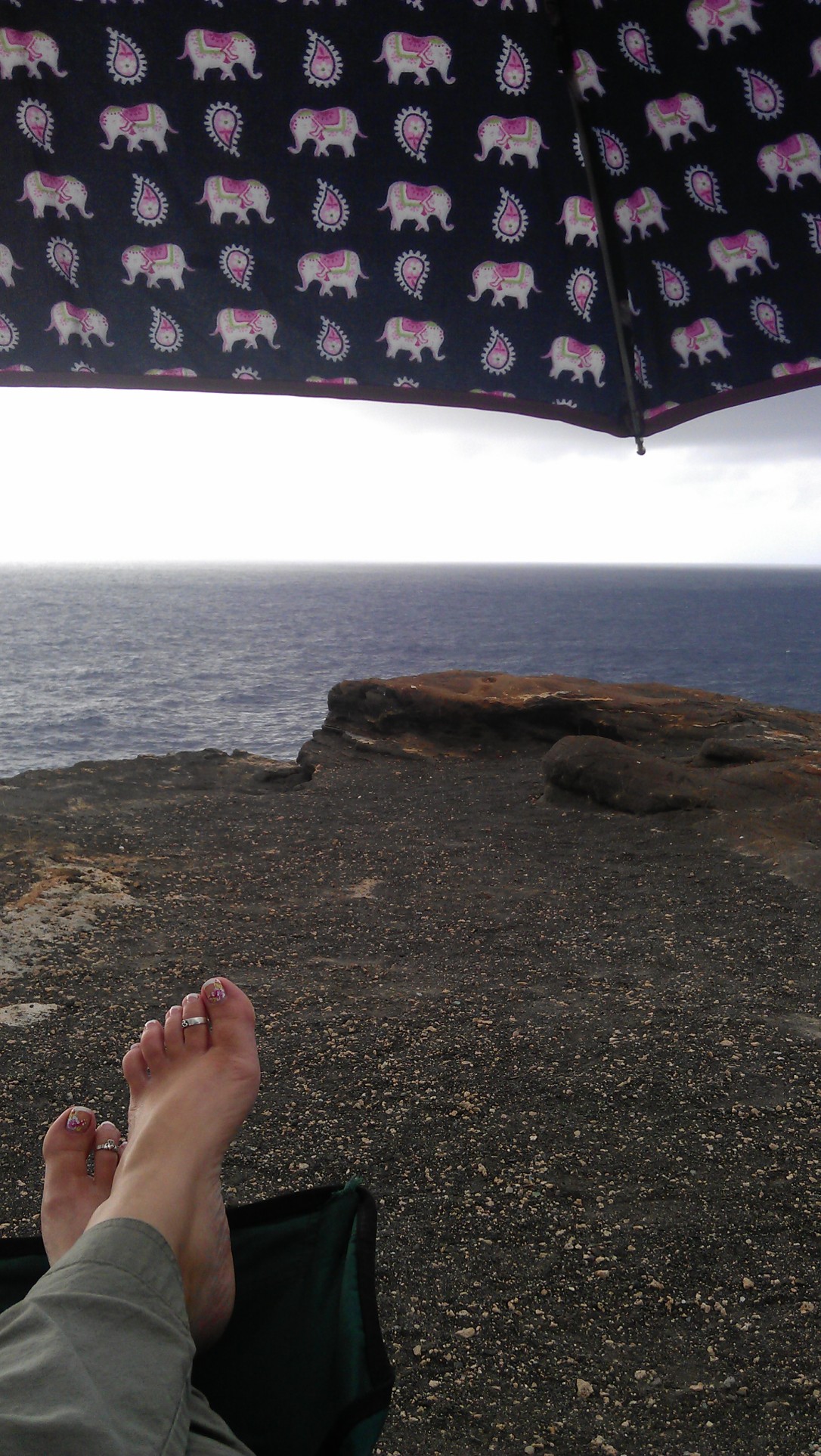 Saturday was the whale count again, and it was drizzly most of the morning. We still saw some great whale action, though. 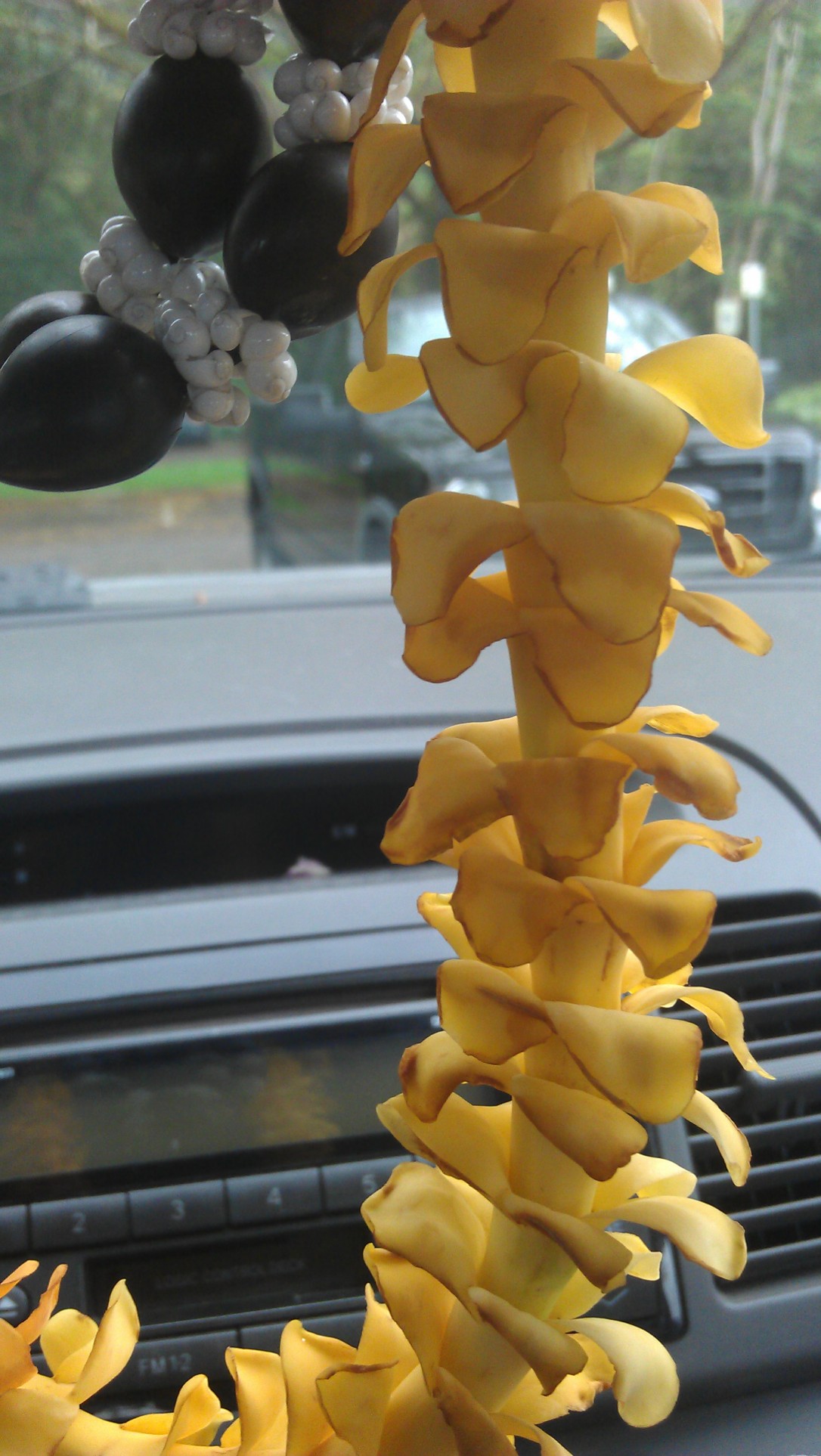 Sunday J got recognized at church (for being back from deployment) and some lady I didn’t know gave me this beautiful golden lei. It smelled amazing, but it isn’t going to dry out well at all.

So there is last week in review. This week will still be a little slow and then next week it’s back to reality, such as it is. ~_^