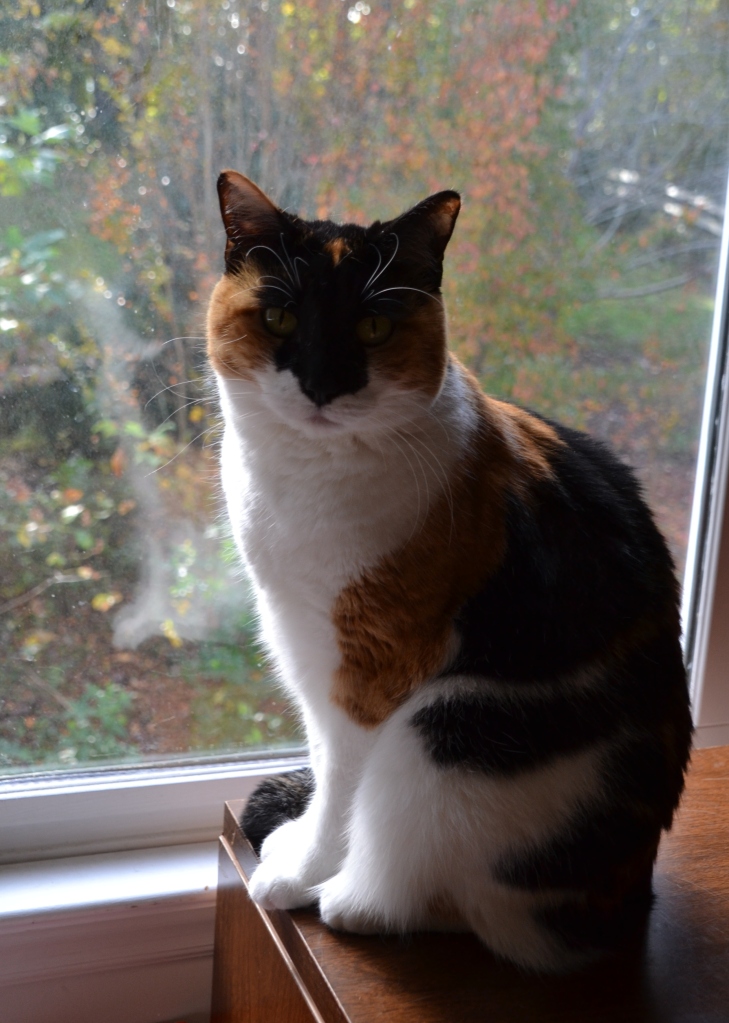 Wow, it’s been a long time since I last posted. No internet in our new residence has posed more of a restriction than I thought. So here’s the mini-update:

J and I rented a place in San Diego– YAY!
We went to Disneyland for 3 days for my birthday weekend (first time he’s spent my actual birthday with me in years)– YAY!
J checked into his new command and a week later deployed– BOO!
I managed to get all of the boxes opened and mostly unpacked and put away in a week– YAY!
And now I’m in North Carolina and reunited with my kittens– YAY
Today is Halloween– YAY!

The wind and rain from hurricane Sandy has blown down a lot of our fall leaves, and since it’s been cloudy this past week I haven’t gotten many good photos like I did last year. Maybe in the next week or so it’ll clear enough that I’ll get some. At any rate, I offer here some kitty photos, since it’s been three months since I’ve had any to share. ^_^

First, here’s the rest of the front porch decoration. I’m determined to have trick-or-treaters this year and even bought lights for the ridiculously long driveway to encourage them. I suspect that this house (being so far back, down a long driveway and across a creek) is “THAT house” for Halloween that’s just enough in the shadows and trees to be visible but too spooky. Hm. 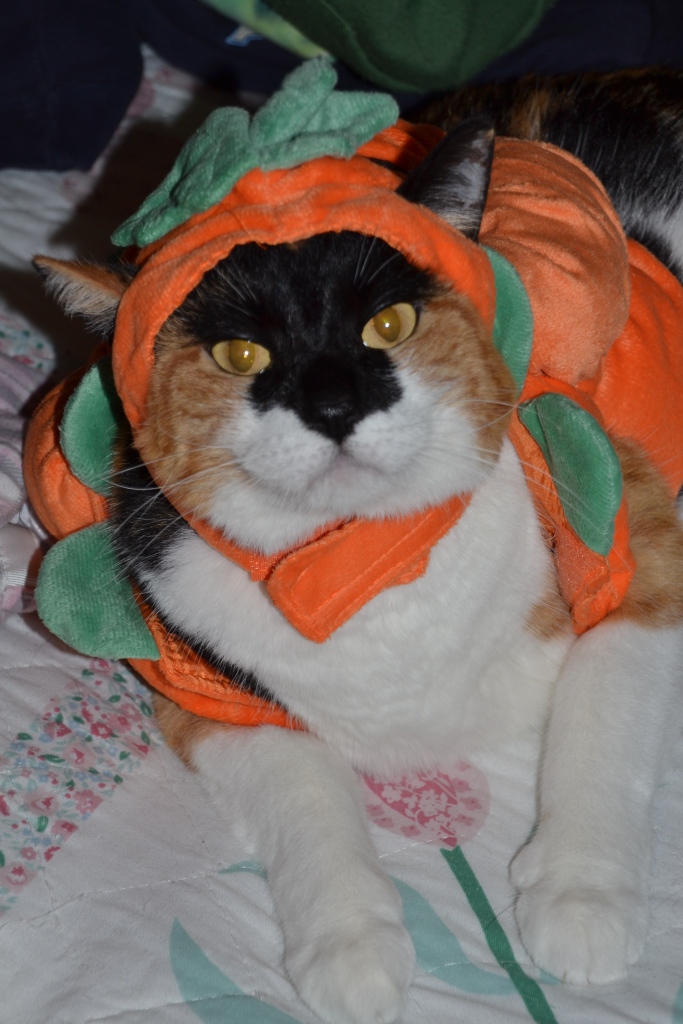 She wasn’t overly into the Halloween spirit.

Caspian was too round for the rest of the costume, but still expressed his disapproval of the stem-helmet.

So I put my mom’s kitten, Sam, into it. He sat perfectly still… until I took it off of him. I think he thought he couldn’t move… 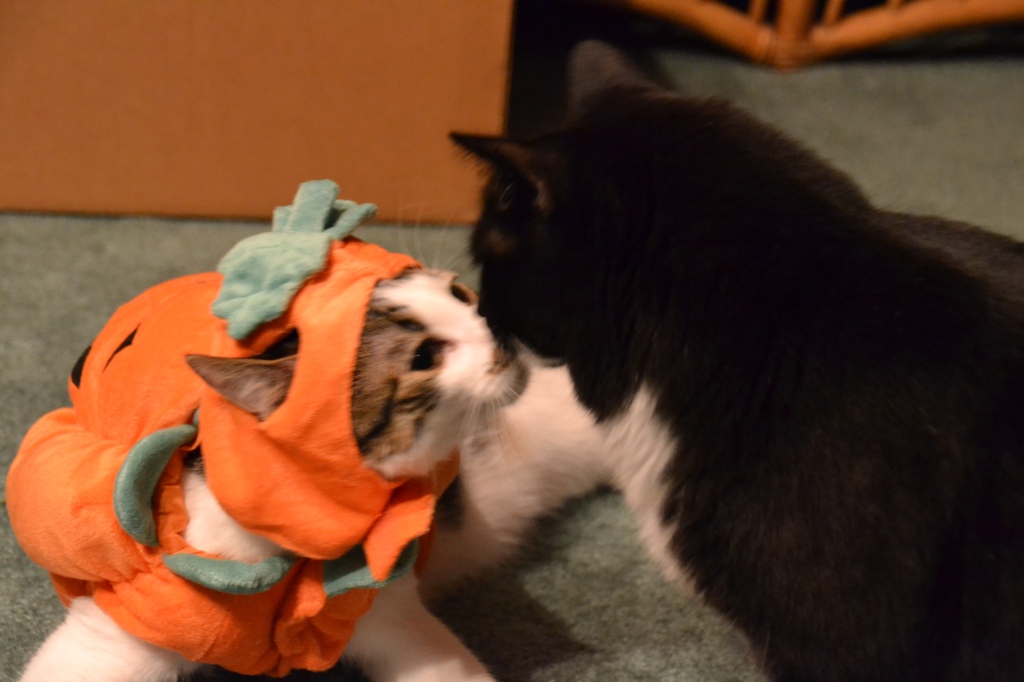 And his brother, Cosmo, tried to figure out what was happening. Maybe tonight is Cosmo’s turn for the helmet…

So there’s my gift of Halloween kitties. I would like to say that although black cats are more traditional, my patchwork calico has all of the Halloween colors in one and looks much more festive sitting in front of the window. ^_^

1 thought on “Halloween Kitties and other shenanigans”