Fat Cat, Skinny Cat: How I got my overweight cat to lose weight

For years now, I’ve had a problem: one of my cats was too big. 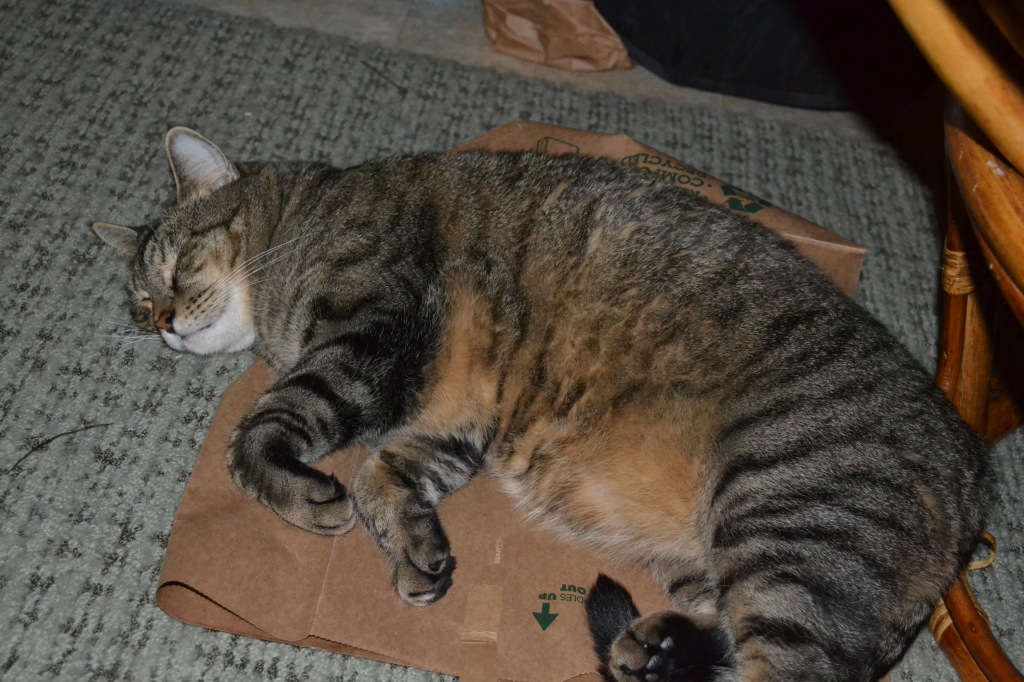 Caspian’s always been a big guy, and has really large paws (mitts, really) and is tall and long… but he’s also bad about clearing his food dish AND the other cat’s if she doesn’t eat quickly enough and I’ve never been able to get him to lose weight. We tried everything, from prescription diet food (in four varieties, no less) to restricting food intake (which led to grouchy kitties) to free feeding (he’ll get full eventually and learn to just walk away, right? WRONG), and nothing worked. Leena was getting to be pretty big, too, and I really wanted to get them to lose weight. 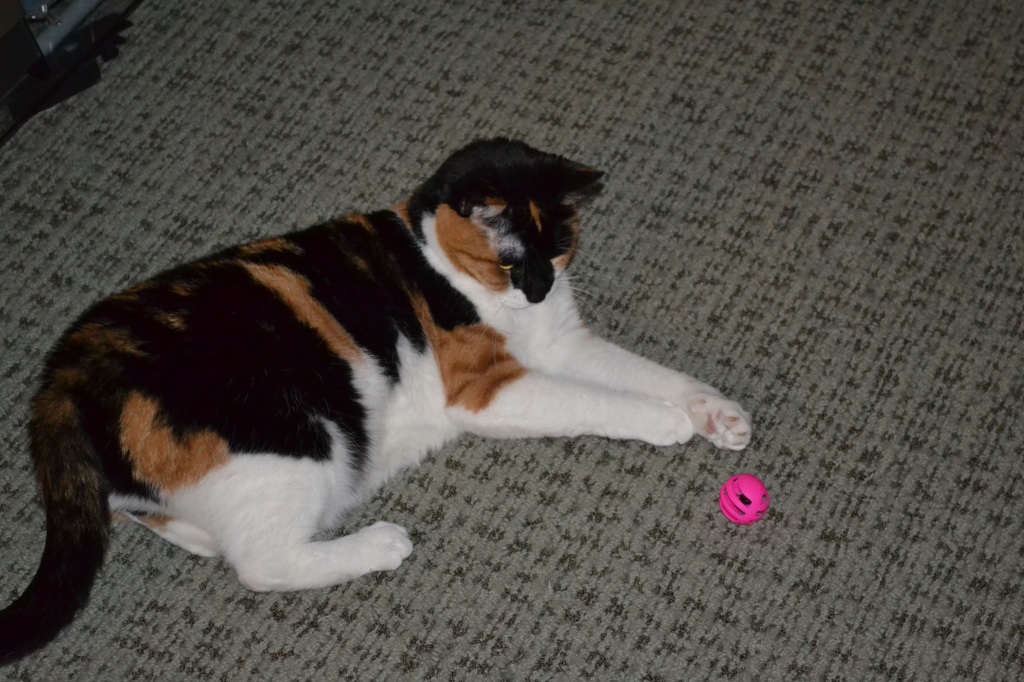 Why is a chubby cat a problem? Surely there’s just more to love, right? Well, the problems increase the older they get, from joint problems to diabetes, which can be expensive to treat in cats, not to mention once they are over fifteen pounds (which Caspian was), the flea and tick medicine (and any other medications they need) increase in cost. So it’s unhealthy and can be expensive. With the cats approaching seven years old this spring, I needed help.

Finally I met a vet who suggested something obvious, and yet still outside the box for most people. She suggested simulating a “wild” diet.

Now, that doesn’t mean I started buying frozen mice, but the idea is similar: in the “wild” (i.e. for feral cats), one mouse a day and then a bit of something else is about what they need for basic caloric intake. Non-sedentary cats (so actual feral cats) need more, but mine really don’t. They get what fiber they need from the guts of their prey, and they don’t eat nearly as much as their indoor counterparts.

So this, then, is what we did: Every evening, the cats each got a “mouse sized” scoop of wet cat food. That’s about 25g, or about 1/4 of a large can of wet cat food. Then in the morning they each got about 1/8 cup of dry kibble, to keep their teeth clean and give them the fiber they need.

I added to this a scheduled playtime of at least fifteen continuous minutes of playtime, right before bed. This not only got them to move, but wore them out so they’d let me sleep all night.

After six months, I took them to the vet and had them weighed… Lo and behold! They’d lost weight. After three years of everything else not working, the “wild” diet did! 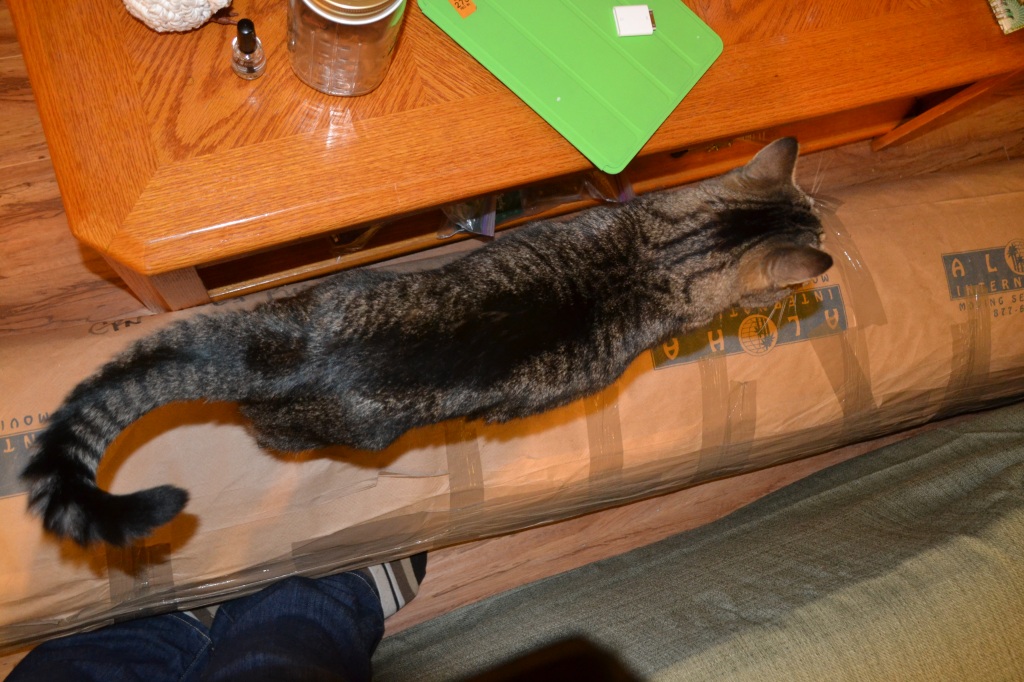 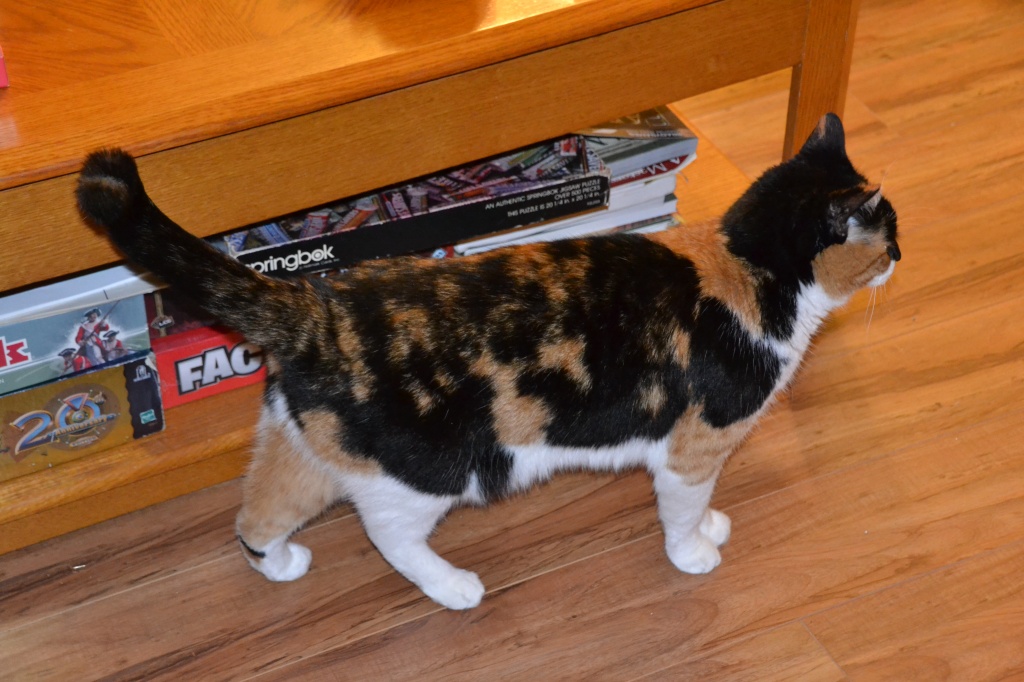 So sleek! (She’s fluffy so her fur makes her look a little bigger.) I’m very happy with the results and wanted to share them in case you, too, are having trouble with an overweight animal. My guess is that if you work with your vet, you can find a similar diet for dogs or any overweight animal. 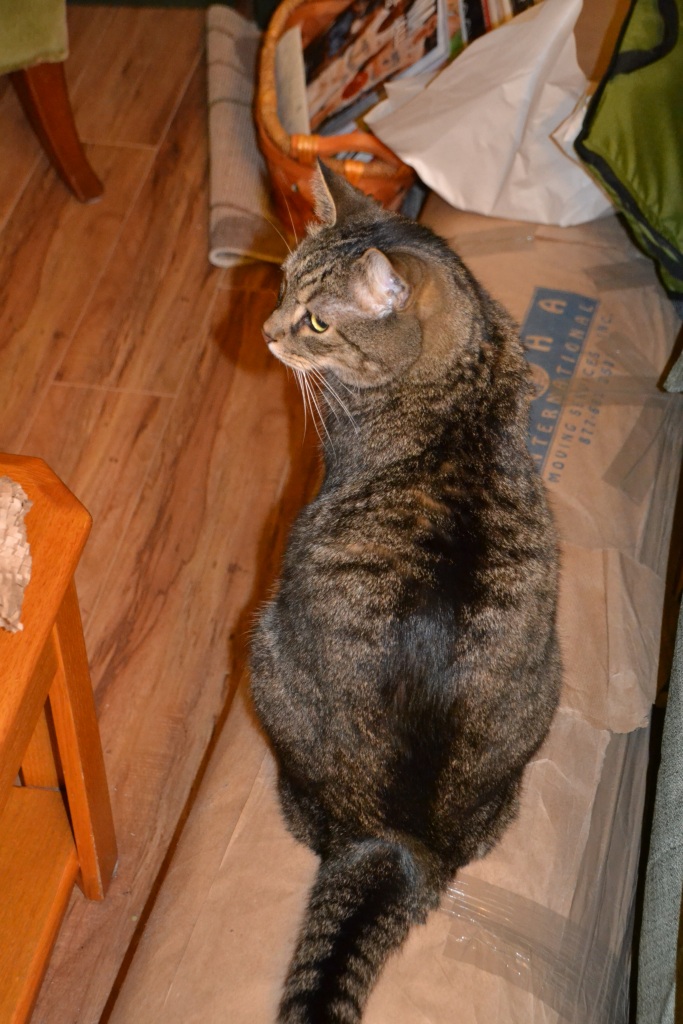 Bigger kitties might have more to love, but hopefully my kitties will now be around that much longer for me to love. ^_^

2 responses to “Fat Cat, Skinny Cat: How I got my overweight cat to lose weight”