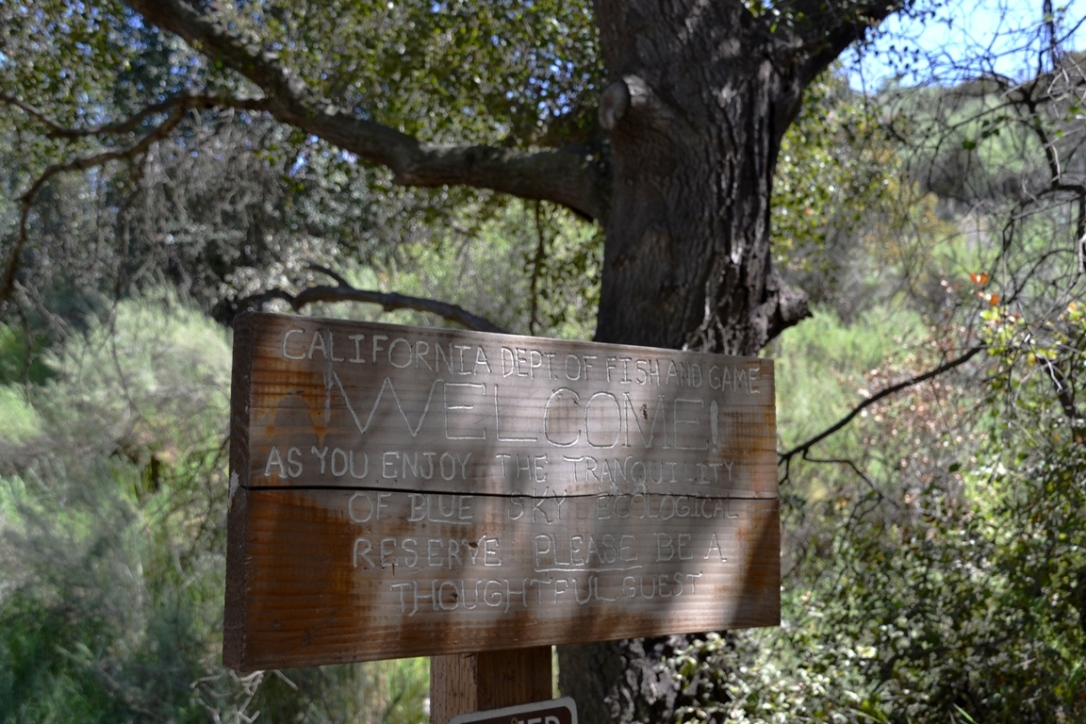 Maybe instead I should say the lake was not what we expected. At any rate, the other day, J and I broke out my (until then) unused Hikes of Southern California book and picked one that was relatively close to home. It was in the eastern part of the county, at a place called Blue Sky Nature Reserve, and a level 1 to 2 (so “kid friendly”) and described an amble along one of the river beds that used to be all over this part of the state, until they were dammed for water sources. (This should have been our clue; after all, we JUST learned about that stuff a couple of weeks ago at Casa Grande, where the entire landscape changed after the water was diverted.)

The first part of the hike was as promised, and we descended into a little valley with a small creek, tons of birds and other wildlife, and a few early wildflowers.

The area fell victim to fire back in 2003 and many of the old trees are still standing, their blackened, bare branches curled against the clear sky and reaching out from the new growth on other trees. It’s a little strange, but beautiful nonetheless.

Then, as the book had described, the path forked and we could choose to go left to Lake Ramona, or right to Lake Poway. We chose left to Ramona and kept walking down the (now wider) track. After a while we passed (very quickly) under a tree that was vibrating with the hum of thousands of honey bees, flying throughout its canopy. Finally the path came out of the trees and opened into its main portion.

And we saw the climb. 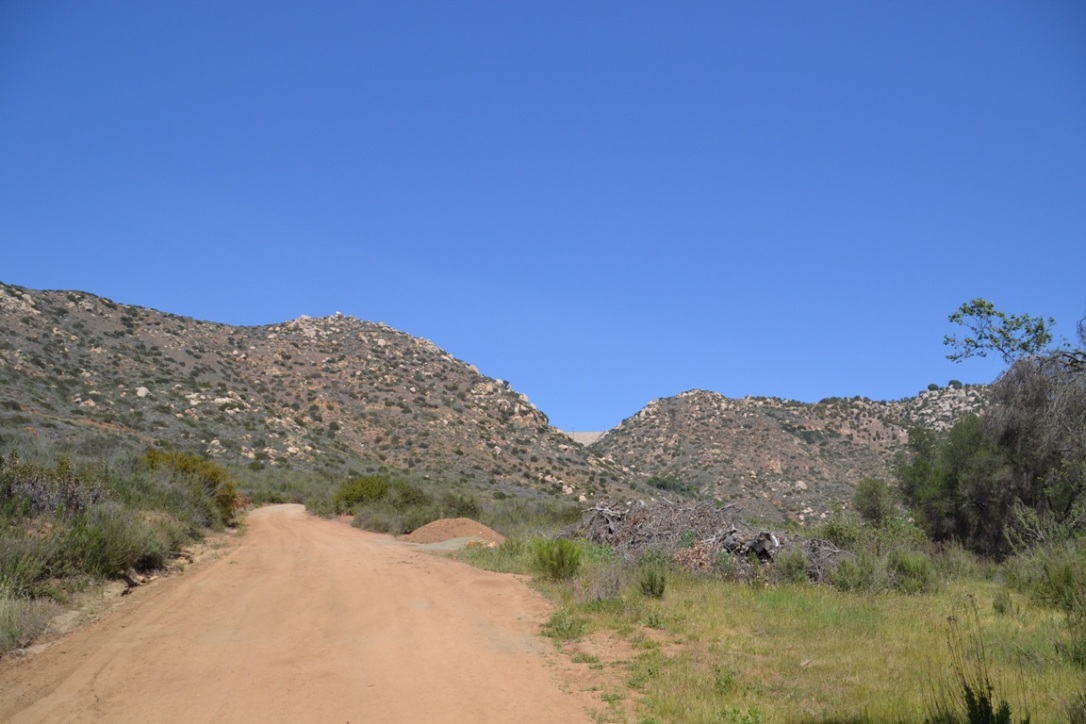 In an effort to be optimists, we thought that SURELY this hike wasn’t up to that dam WAY UP THERE (see it? almost in the exact center?) and the path seemed to curve around to the left and away, so we started.

Slowly the slope increased, and we gained elevation, and the path doubled back above itself…. and over halfway there we realized we were DEFINITELY hiking to the dam.

Dear California Hike Guidebooks: When you SAY “hike to a lake” but you really mean “climb a mountain to a dam,” that’s a LITTLE misleading.

After a last push up the final incline, we finally made it to the man-made Lake Ramona. It’s lovely and blue, but still… just strange. At least the view was spectacular, and we were actually above (the also man-made) Lake Poway, so we could see it across the valley.

We also saw some really interesting wildlife, including a type of hawk we didn’t recognize, some songbirds, a woodpecker, several types of lizard (including the western fence lizard in this photo), plus evidence of snakes (they leave trails in the dust– see below) and possible tarantula burrows (which are actually kind of fascinating).

Overall the hike was definitely worth it, just not AT ALL what we were anticipating. Both of us kept remarking how glad we were that we wore trail shoes and packed sunscreen, despite the “gentle, shaded” description. The rest of my photos (along with some of wildflowers) are in this album, if you’re interested. ^_^