The following are some accounts of wildlife I’ve seen since moving to California. This isn’t an exhaustive list, mostly just of those animals I’ve photographed, but there are a few I’ve ID’ed with no photo (which makes me sad… but still happy I saw them). Not all of the photos are fantastic, but they “work” for IDing and I don’t always have time to ask the animal to sit nicely and pose for me. Ha. 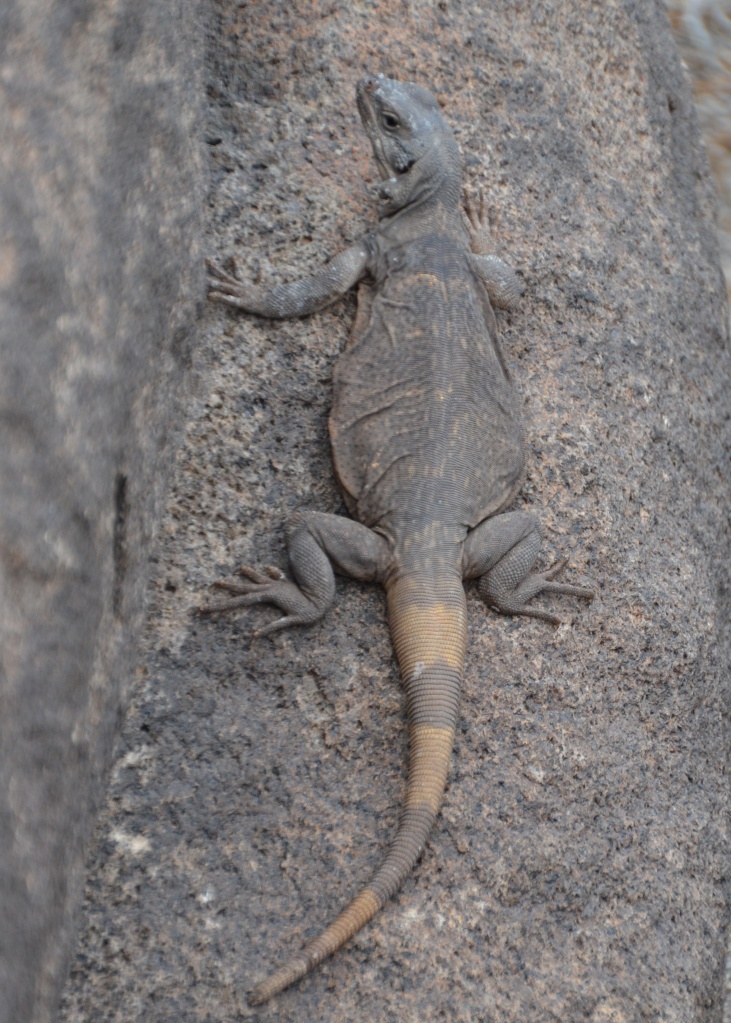 This is a common chuckwalla. It is probably a female; according to my reptile book, the females retain the juvenile characteristic “banding” pattern on their tails. 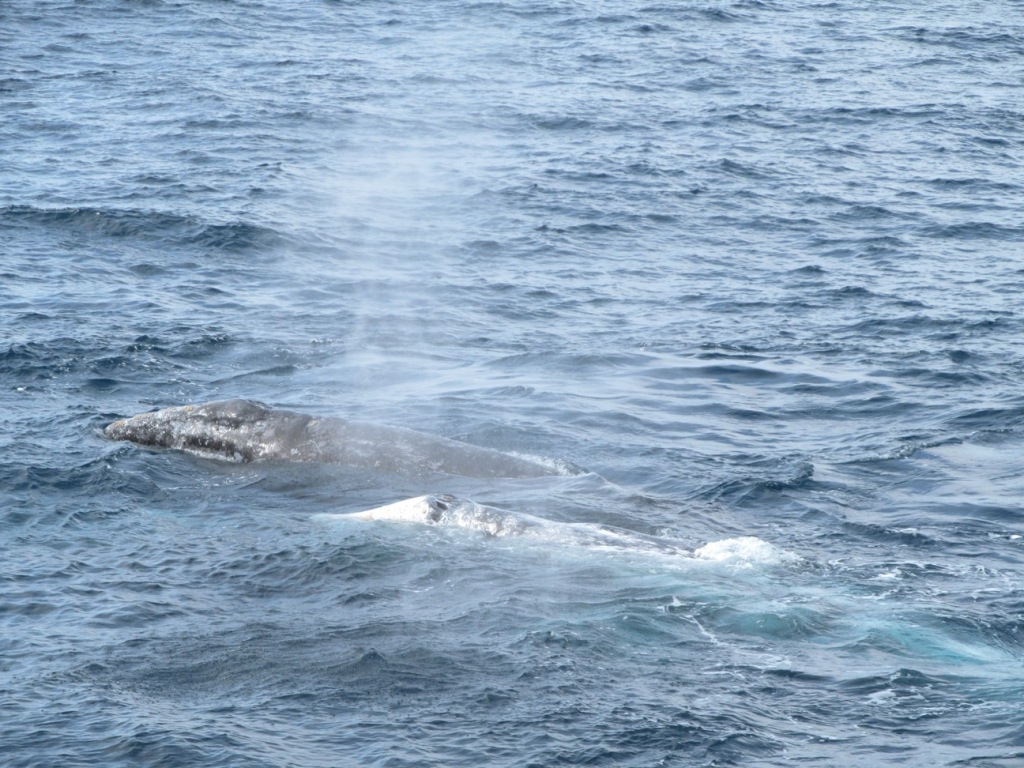 These are gray whales, and I blogged about them after whale watching. We also saw meinke whales but I didn’t get a photo because they were moving too quickly. 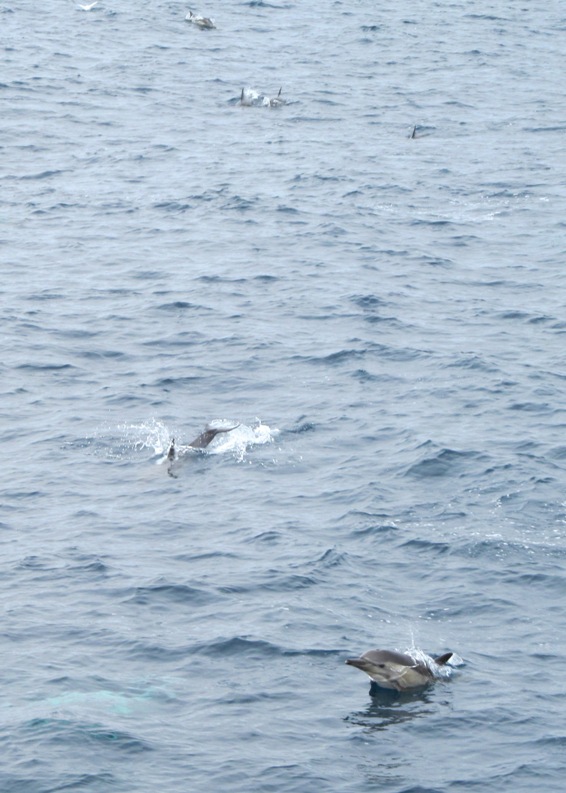 Also from the whale trip: Dolphins and sea lions, though I’d seen them before at La Jolla cove.

Sea lions in a pile.

This is a desert cottontail. I’m also pretty sure I’ve seen one of the types of jackrabbit, but without a photo it’s hard to ID which type.

These are just common house sparrows, but they were dancing (being that it’s spring and all) and it was fun to watch them.

Western fence lizard— I especially like these because they are blue underneath, which you can see in this photo. 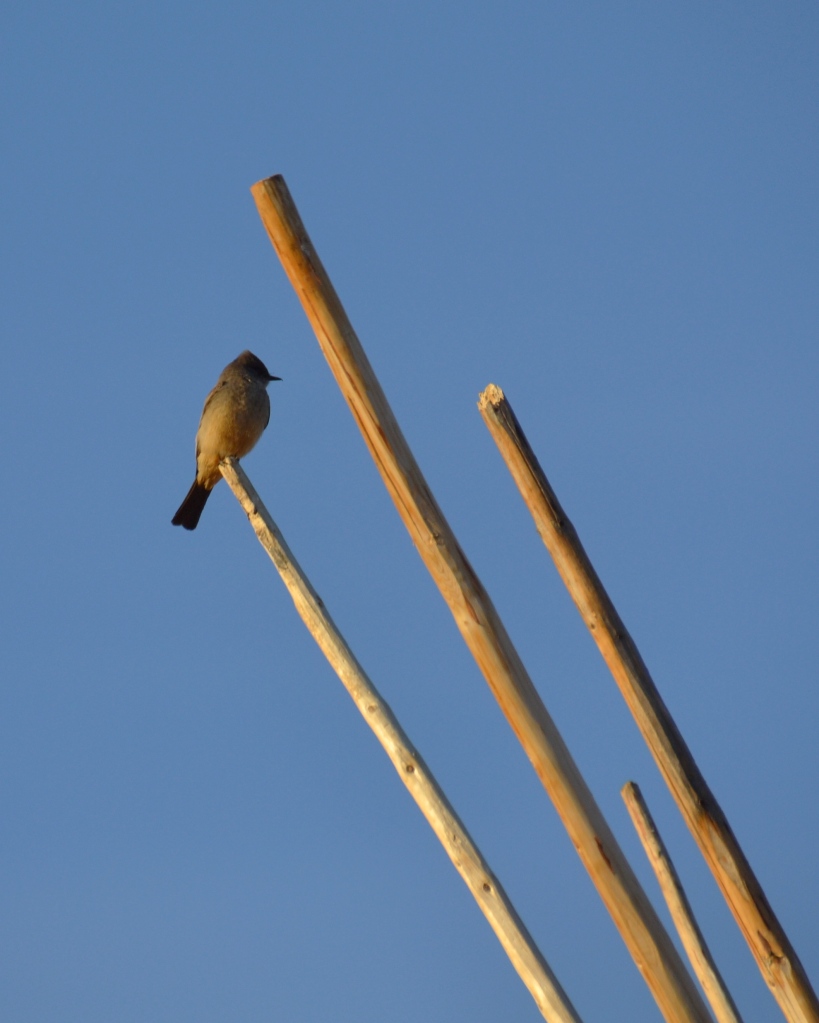 And this is, I think, a type of flycatcher. I’ve got another photo of one, and I’ll let them stand for all of the songbirds and such that I’ve seen and not been able to ID or photograph. 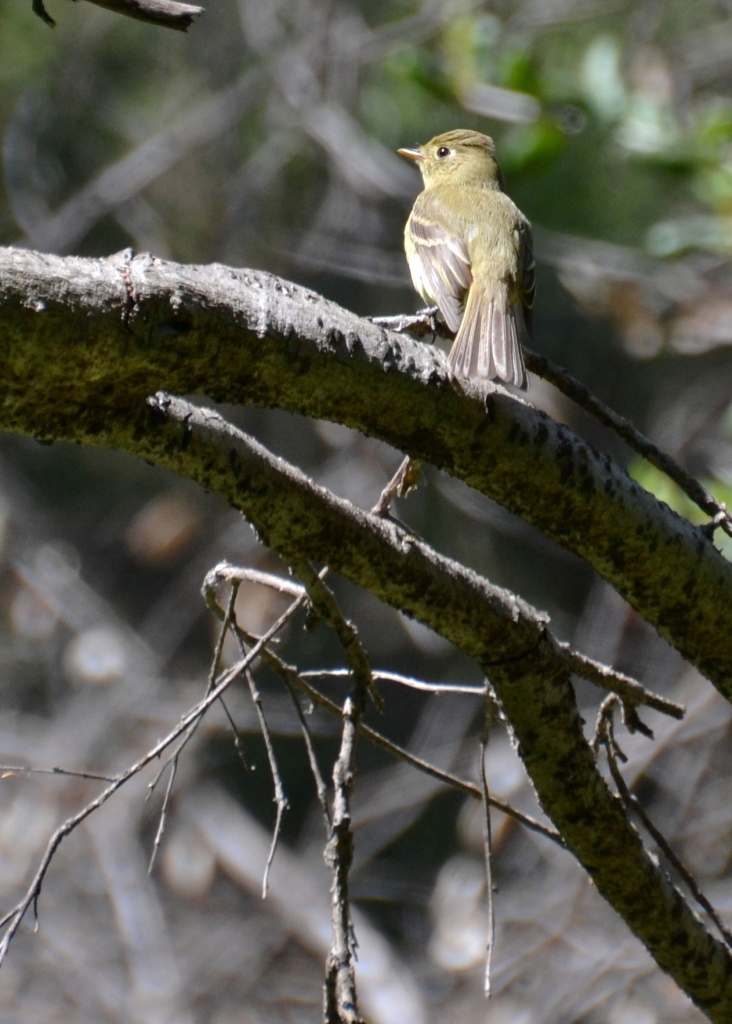 Other birds include a bunch of red tailed hawks, red shouldered hawks, and (I’m not kidding) a real California condor I spotted, circling above the desert in Joshua Tree. I wasn’t expecting it, and thought it was a (really big) vulture I didn’t know, so made a note of the distinct black and white pattern on the bottom of its wings, then checked in my book later. Wow!

This is a bad photo, but it ID’ed the common checkered whiptail lizard. It was really large (though not as large as the chuckwalla) and very pretty. Seen on the Lake Ramona hike.

A common side-blotched lizard. We saw a lot of them on the Lake Ramona hike.

So that’s what I’ve seen so far. There have been even more local plants and wildflowers, but I really should save those for another entry.