This is one of the first Earth Days in a while that I haven’t been working or volunteering at an event of some sort, which is a little weird. I hope I can get outside and enjoy the sunshine today at least.

In the meantime, here are some photos I took in Balboa park last week. The rose garden we visited at Easter is now exploding with roses, and I added two new birds to my list of sightings.

I really liked these white roses, but my favorite new blooms were called Rock and Roll; they were red and white stripes, like the blooms had been painted, and I kept singing the Alice in Wonderland song “Painting the Roses Red.” 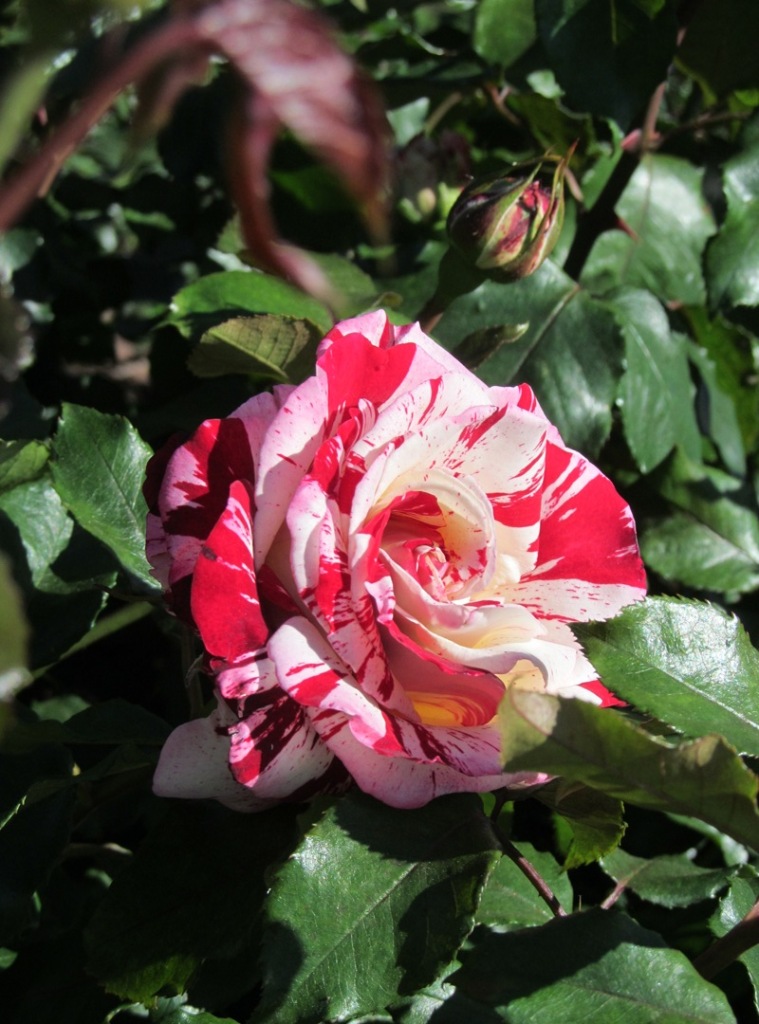 I also saw a western bluebird, which is similar to the eastern bluebirds I grew up seeing, but just different enough that I had to look it up in my bird book.

And then I saw one I couldn’t identify at all, until I thumbed through my guide to north american birds twice and finally realized it was a hooded oriole. Not an uncommon bird around here, I guess, but it looked a lot different from the Baltimore variety I’ve seen on the east coast.

So there you have it. Flowers and birds to brighten up your Earth Day.