Listen, here we are, four episodes into a new season of Doctor Who. Peter Capaldi is here to stay, and I have to say, I’m thrilled.

Don’t get me wrong, I loved Matt Smith’s Doctor, but I like the grumpiness and the alien-like qualities of the Doctor, and how much it hearkens back to the older shows. The beauty of a show like Doctor Who is that it has such a rich history and so many things to draw from to include in the stories, and yet can always bring something new.

The staple, of course, is that every so often the Doctor changes. Everything about him changes, from his face to his personality to his teeth, and all that’s left is his memory. This is traumatic for his companions, and it can be for the audience, too. Especially if you’re (to use the BBC’s phrase) fairly new to Who, it can be jolting to go from the actor and persona you fell in love with, established a relationship with over (especially in Tennant and Smith’s era) some emotional story arcs, to suddenly be handed Capaldi’s Doctor with a “Here you go, good luck now!”

But this is by no means new to fans of the show. Even those who have been around the TARDIS a time or two can go through difficulty accepting a new Doctor, not unlike the classic 5 Stages of Grief. So let’s work our way through this new rendition of the Doctor together, shall we?

Stage One: Denial
This stage is when you don’t want to believe the Thing That’s Happening is true. You find out that there’s going to be a new Doctor.
“Matt Smith is leaving? Don’t be ridiculous! I refuse to accept this! It’s just another rumor, or another instance of Moffat trolling* everyone. That’s it. It’s just Moffat again.”

Stage Two: Anger
At this point, you suddenly find yourself irrationally angry that you’re getting a new** Doctor. The anger might be directed at Steven Moffat.
“NO. You CANNOT take away Eleven. You have RUINED this show! NO ONE ELSE WILL EVER BE THE DOCTOR AGAIN.”
Or you might be angry with Matt Smith.
“How DARE you leave us and go pursue your CAREER?”
Or you might be angry at other fans. I don’t know how your mind works. But you’re probably going to be angry.

Stage Three: Bargaining
At this point, you’re trying to change the inevitable outcome. You want to make things go back to the way they were, or at least to some facsimile of how you perceived them to be. Bargaining may be with the person leaving.
“But Matt, if you stay we’ll be even more rabid fans of yours! We’ll cosplay with things other than your fez!”
Or the bargaining might take other forms. Sometimes it can involve roping other people into the equation in the hopes the person will listen to them.
“Jenna, can’t you make him stay? Just talk to him!” 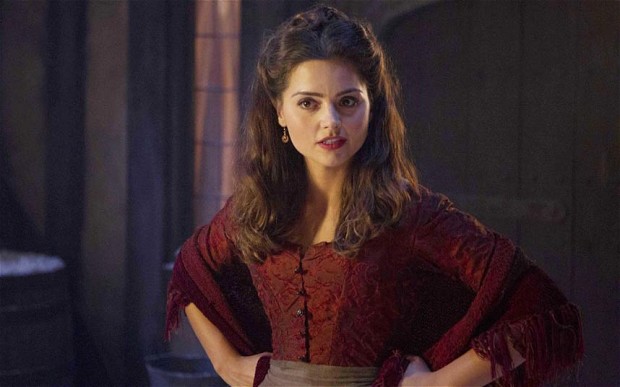 Stage Four: Depression
By now, the loss of Your Doctor is making you feel very down in the dumps. You’re convinced the show just won’t be the same*** without Your Doctor, and that you’ll never love another Doctor as much as you did this one. Your Doctor was the Best Doctor There Ever Was and no one could replace him.

Stage Five: Acceptance
When you finally come to terms with the fact that there’s a new**** Doctor, you’ve reached acceptance. This usually happens some time in the first several episodes. For some, it happened when he dueled Robin Hood using only a spoon in “Robot of Sherwood.” For many of the fans, it seemed to happen with the most recent episode, “Listen.” (Some people got behind Capaldi much earlier, of course. We’ll come back to them.) Maybe some are still waiting for their “Oh, this IS the Doctor!” moment. But it’s coming.

Not every fan likes every regeneration of the Doctor the same. People have their affinities, and for many it’s the first Doctor they ever watched that is “Their” Doctor. For me, I might just be falling hard for Capaldi. I’ve been excited about the change since they announced who the next actor would be. Don’t get me wrong, I loved Matt Smith and his silliness and affinity for children, but I like that with Capaldi we can go a little darker, a little more serious, and a little more alien. He seems a lot more like some of the classic regenerations (a lot of people reference Pertwee’s Doctor, but I see a lot of Baker in him, too) and it’s a very nice change of pace.

The main thing to take away from this is that this cycle happens every single time there’s a “new” Doctor. The first time it happened the show runners weren’t sure it would work, but for some reason it did. And it continues to work. That’s the essence of the show, and what keeps it on the air. Change brings a fresh start, and brings new fans and new stories and new monsters and the whole deal. It’s not bad. It’s the lifeblood of the show, and what keeps it from getting stale all these years later.

And y’know what? I’d bet that I can pinpoint the moment when the last main holdout decided this guy was all right. Here you go.

*Steven Moffat is notorious for teasing hints as well as outright lies about the shows he runs, to the general frustration of the fan bases.
**To be clear, it’s always the same Doctor. He is the Doctor, just with a new face. Same guy. So Capaldi isn’t really the “Twelfth” Doctor, he’s just THE Doctor.
***It won’t be the same, but that’s the beauty of the thing, and rather the point, after all.
****Do we really have to go over this again? SAME DOCTOR. Just a new actor playing the SAME GUY. You don’t have to pick just one, they’re all the SAME TIME LORD.