There’s something really cool about standing in the middle of acres and acres of flowers, the color spreading around you in the springtime air, and the scent of them floating on the breeze. 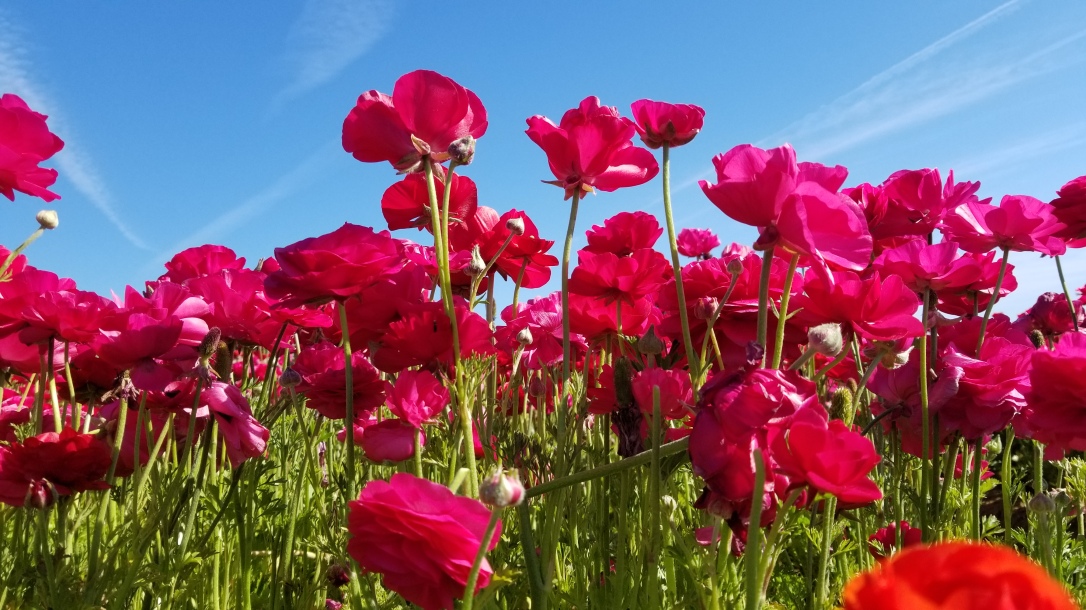 Confession: I was really excited to go see the hillsides covered in poppies this year with the superbloom. The traffic backlog was the first thing that deterred me, so we didn’t go out when they first bloomed….and then I started reading about the massive impact that humans were having on the flowers and the hillsides. Trampling, erosion, destruction…. Gross. 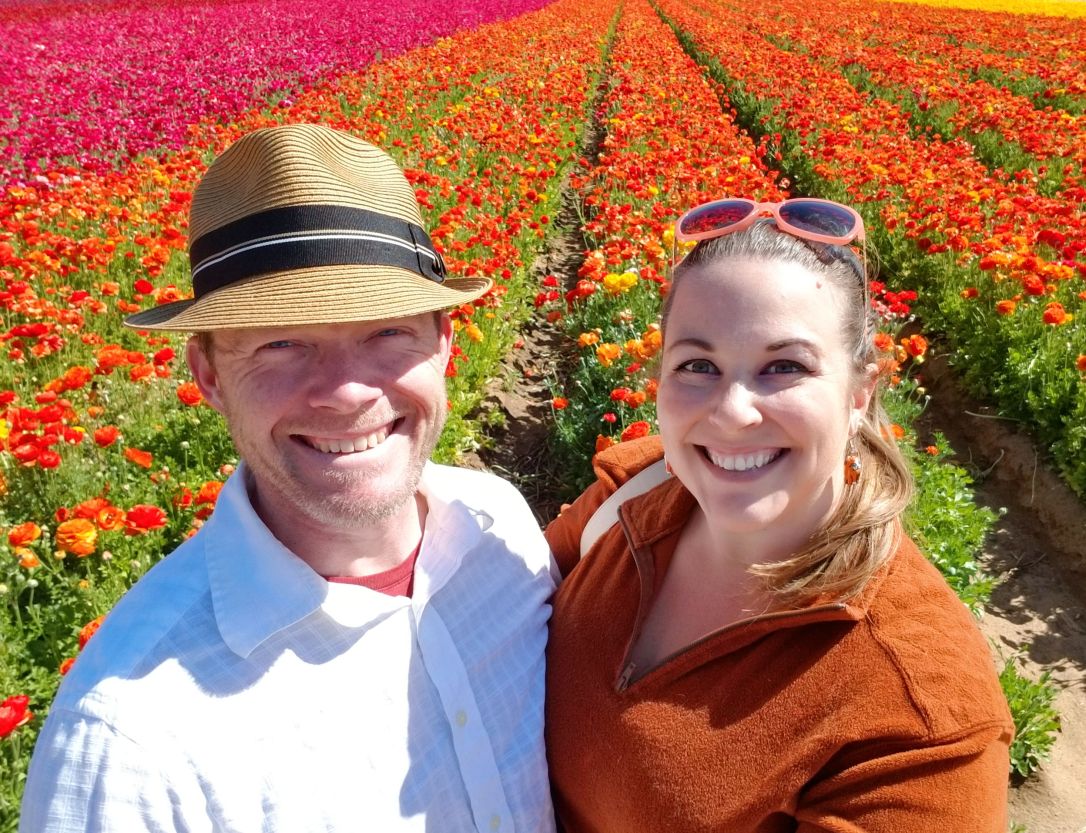 And then I remembered the Flower Fields in Carlsbad! This is a historic flower farm that grows giant ranunculus plants to sell, and they open to the public for the months of the year when the flowers are in bloom. 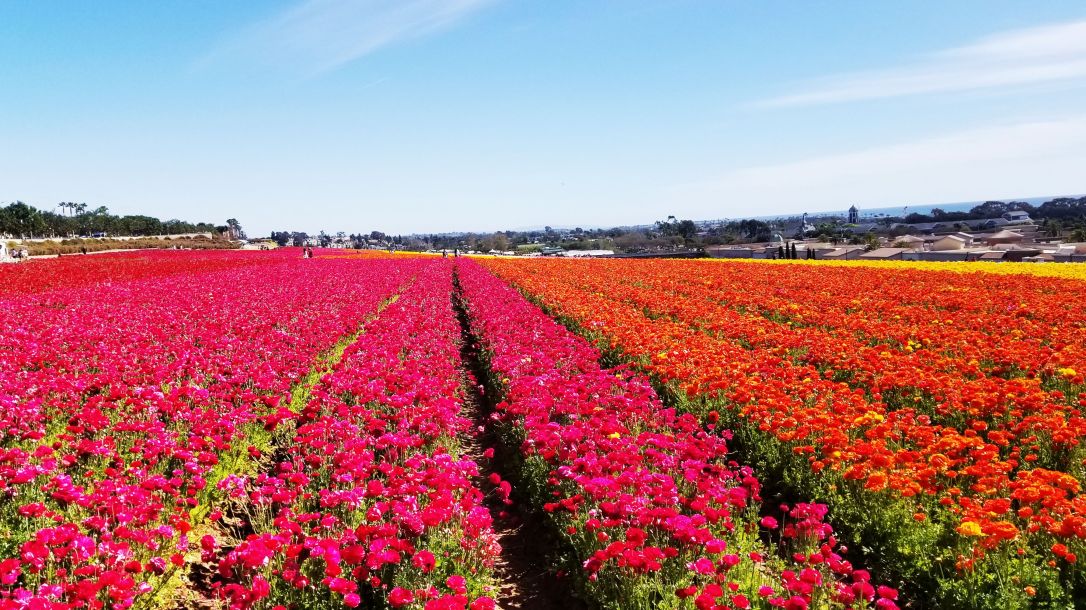 This place is massive and beautiful and worth the ticket price. Plus for an extra $5, they’ll even let you take a tractor ride out around the edge of the fields to save the walk! There are also toilets and snacks and places to sit and designated places to sit/stand/pose with the flowers so there is zero impact on the environment. Total win!

The flowers are arranged by color, which creates a rainbow effect across the hillside, a floral spectrum that makes for fantastic photos but also helps the growers organize which bulbs are where for harvest.

Again, I recommend going on a weekday (as with most things), but if you’ve got to go on a weekend, go early or late in the day. We spent about an hour out on the grounds, and stopped for popcorn and homemade lemonade at the end, which was a nice way to end the visit.