So, this afternoon I fell asleep as my Tar Heels clobbered another basketball team. I think I passed out a little after three, but I’m not entirely certain… At any rate, I woke up at five when my friend called me. We had an entire conversation where she invited me to go somewhere. I agreed– I love going places! I asked what to wear (was told to bring a jacket and wear shoes that wouldn’t slip) and found out I’d be picked up in 45 minutes.

I got up and started changing clothes.. and then realized that, being only half awake when the phone rang, I had no idea where we were going.

But I decided to go along with the plan anyway. I wore layers (just in case) and a lightweight cardigan and a pair of hiking shoes (again, just in case) and sure enough, I got picked up at 5:45.

In the car on the way to where-we-were-going, I admitted that I didn’t know what was happening. After a good laugh, we decided I could be surprised. We went onto the Navy base, parked, and then got in a really long line. As the sun set, the line got longer… and all the ships’ party lights were lit. Then a couple of the Pearl Harbor boats (the ones that take you to the memorial) pulled up pier side and I discovered we were going on a boat tour of the harbor lights! 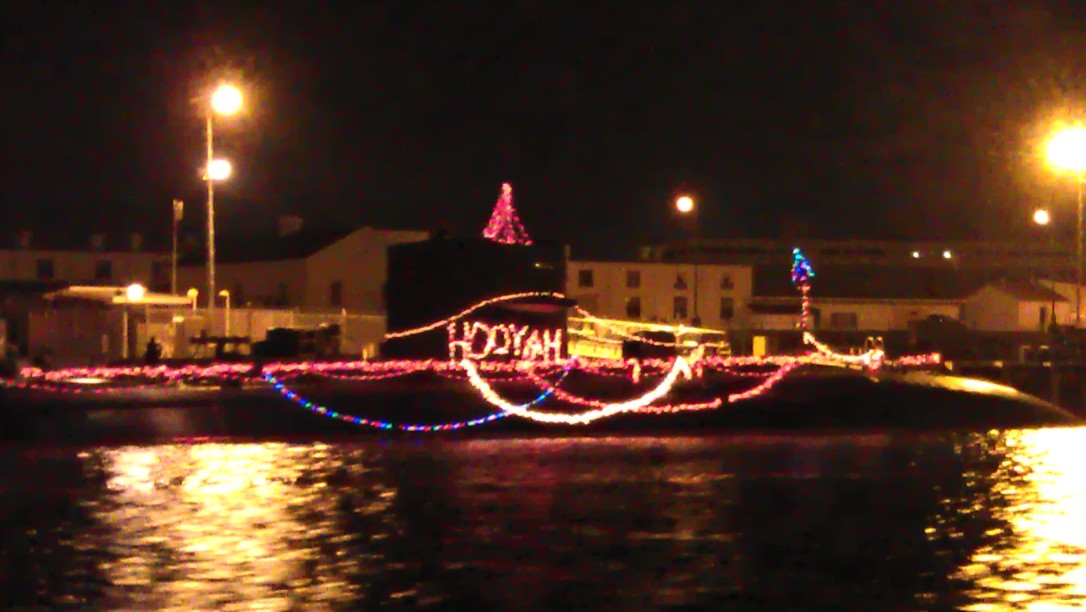 And goodnight.
Back under the bridge. #sunset #coranadobridge #usnavy #sandiego
Turning.
SAFETY. (This photo cracks me up and I cannot adequately describe why, so just know we are in a tiny boat strapped to the deck of the big boat and that's why we are wearing life jackets??)
If you look closely, there's an F-18 in this photo. Leave a ✈️ when you see it.
Being extra goofy under the Coronado Bridge.
The view above the fantail.
Harbor views. Earlier this week I got to spend a day on @grim2051's boat ("it's a SHIP") and these are photos from that.
I'm exhausted but it was a good day. Thanks to the #usslakeerie for a fun Wednesday. ⚓