Today was a long day, and I decided to treat myself to something sweet at the end of it (and after I’d had supper). Unfortunately, all I had in the house were some box cake mixes that I not only was saving to turn into other things (they make good bases for stuff), but make, y’know, ENTIRE CAKES. I neither need nor want an entire cake. Really I wanted cookie dough, but that required making cookie dough (and I don’t like to eat my homemade dough for whatever reason) or *GASP* leaving the house.

Aside: Because it’s me, leaving the house requires dry hair (even if I don’t blow it dry) and a matching outfit of sorts. Preferably makeup, too, with how tonight has gone. But that’s a lot of effort and really it’s a lot easier to just not go anywhere. Back to our story.

This left me with the option of making something with what I have on hand, which isn’t much in the way of making sweets. I did, however, have some sugar, eggs and flour… and therefore the basics of cake! I went online and found a very simple, oil-free cake recipe and then tweaked it a little until it looked and tasted the way I wanted. The best part? It made SIX CUPCAKES. Just six. I can manage six. I might still give half of them away, but really they’ll work just fine.

While they were baking, I started pulling out other odds and ends to come up with a frosting. Homemade frosting is a recent talent I’ve discovered; I’m a teeny bit mad at myself for never trying it before because I make some very nice frosting, if I do say so myself! 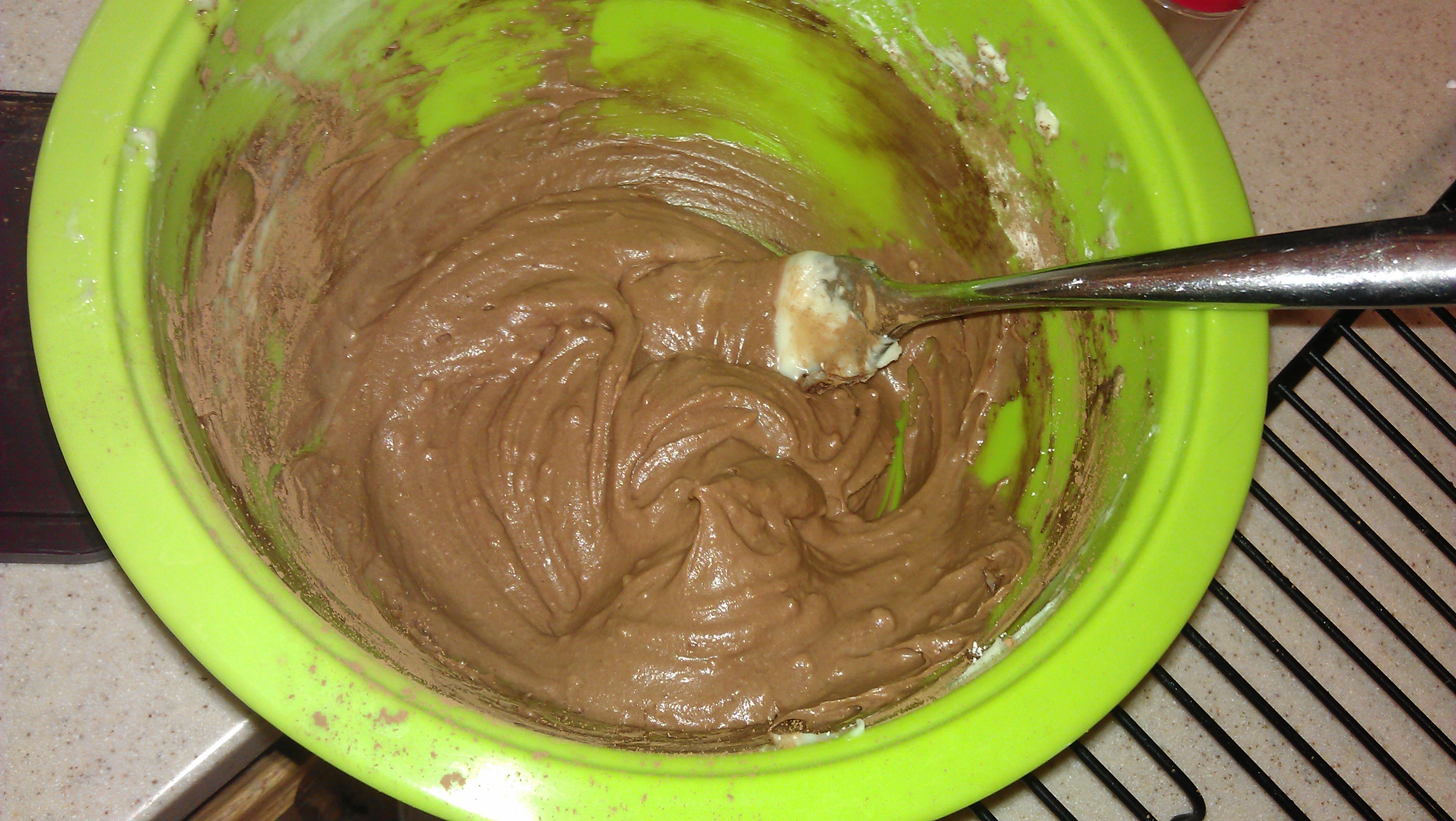 Here in my mixing bowl I put in some butter, some cream cheese, some powdered sugar, some cocoa… and made a chocolate cream cheese frosting that might just be my new favorite. I’m not even kidding.

After about twenty minutes, the cupcakes were done so I pulled them out of the oven, let them cool, and then frosted them. The cake has chocolate sprinkles in it, and I put more sprinkles on top because really, who doesn’t like sprinkles? No one, that’s who.

The irony? Going to the store (wearing, y’know, shoes and stuff) was too much effort for me… so I baked stuff from scratch instead. Go figure.