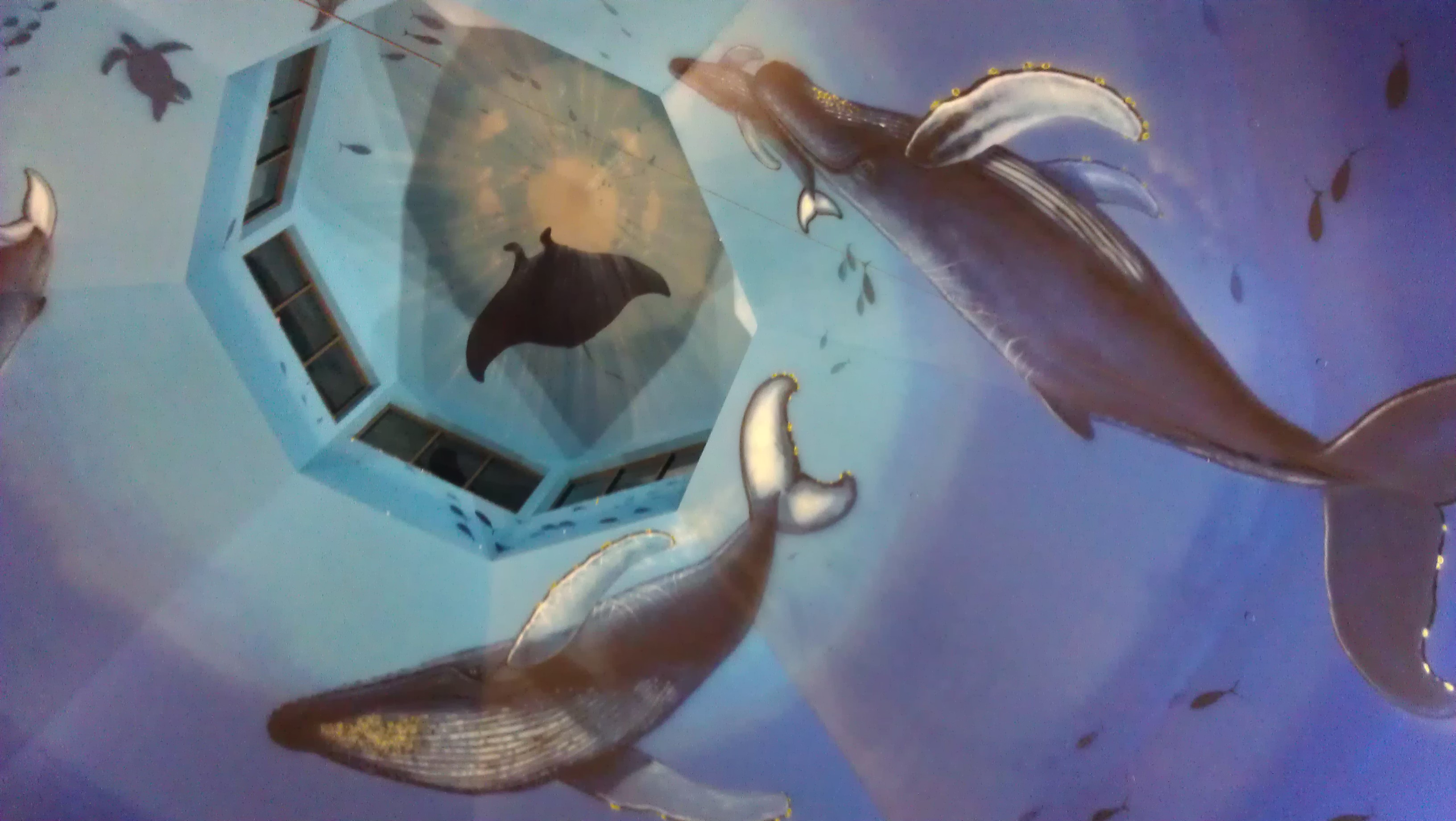 1/9/2011 Over the weekend, I read the Hunger Games trilogy, which is a very popular book series that’s being turned into a movie and I wanted to read it before seeing the movie. I read most of the last book in one sitting on Monday and Caspian got pretty fed up with not being the center of attention… 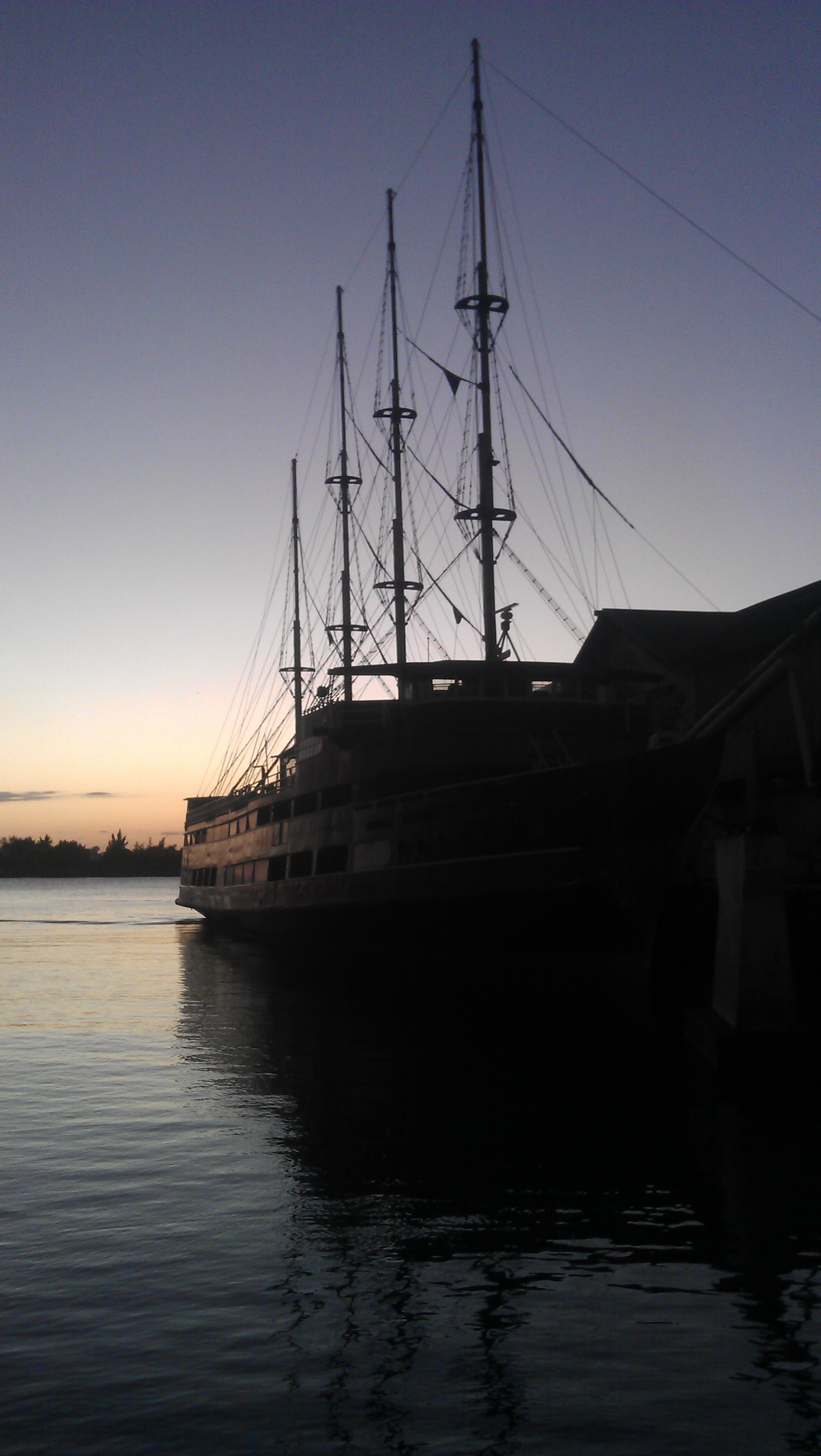 1/10/2011 Tuesday after the zoo I took the long way home to stop by Honolulu Harbor. There were whales spotted in the harbor (mother and calf) several days earlier and I wanted to see if they were still there. I parked right at the harbor and walked for about ten minutes, but the whales were long gone. The sunset behind the tallships there was very pretty, though.

1/11/2011 Here’s the new book I got this week– it was signed by the author (as were the first 150,000 in the printing) and he asked that people submit photos of places the books went, so I took this and submitted it. 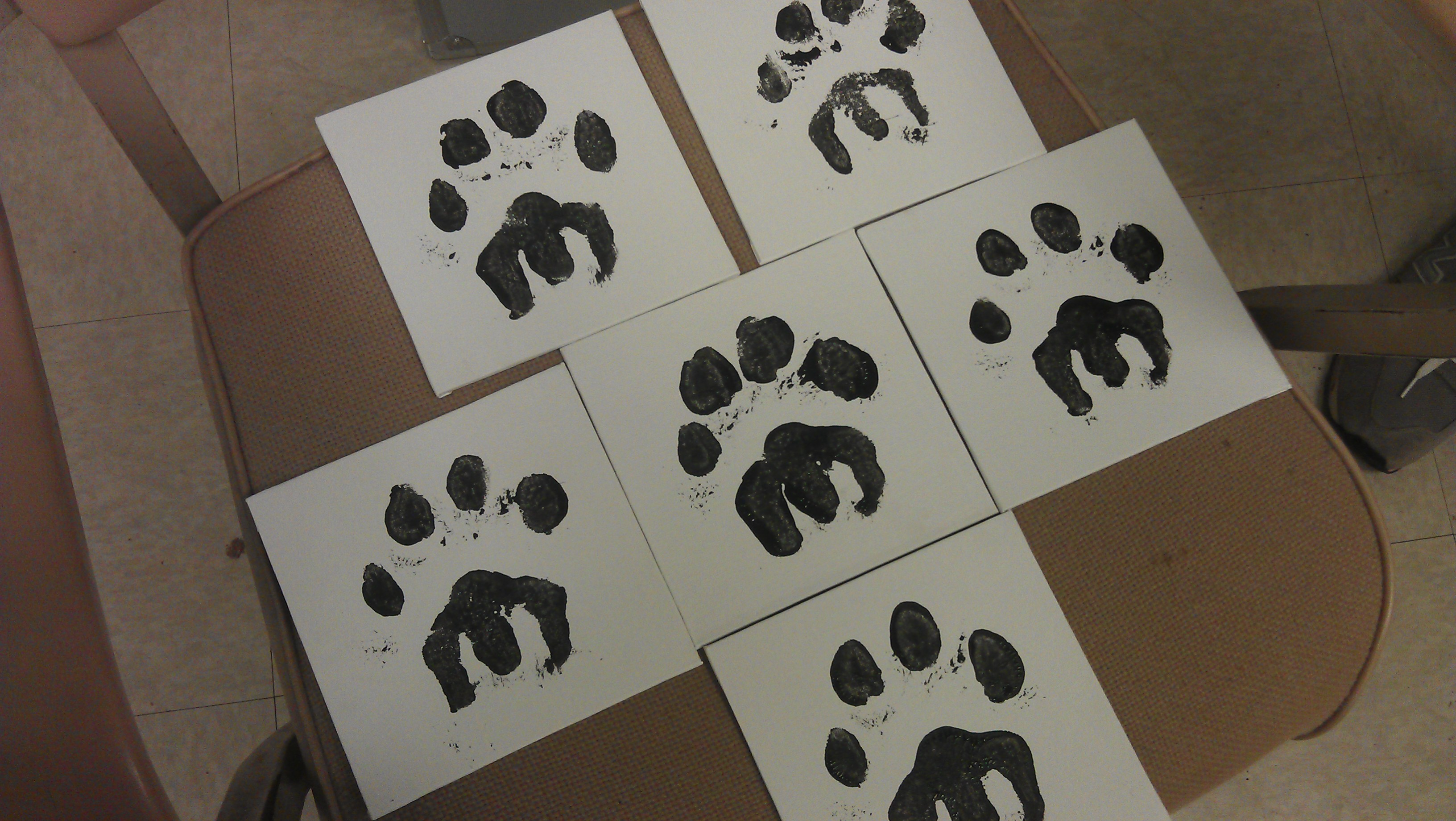 1/12/2011 On Thursday I observed the female lion’s annual exam at the zoo, but didn’t take photos. I did, however, take a picture of the really cool paw prints the keeper made. ^_^

1/13/2011 Friday night was the start of the winter youth retreat up at Camp Erdman on the north shore. We had a bonfire and made s’mores and it was nice to sit on the beach and see all the stars.

1/14/2011 Saturday morning I woke up earlier than I meant (thank you, bunk bed in cabin) and saw the tail end of the sunrise.

1/15/2011 Sunday afternoon it rained off and on a good bit but toward the middle of the afternoon there was this gorgeous rainbow. You can’t see them, but there are people surfing out there, too.

And that brings me to today, which I’m going to include in next week’s post. I hope you liked my week in photos. ^_^