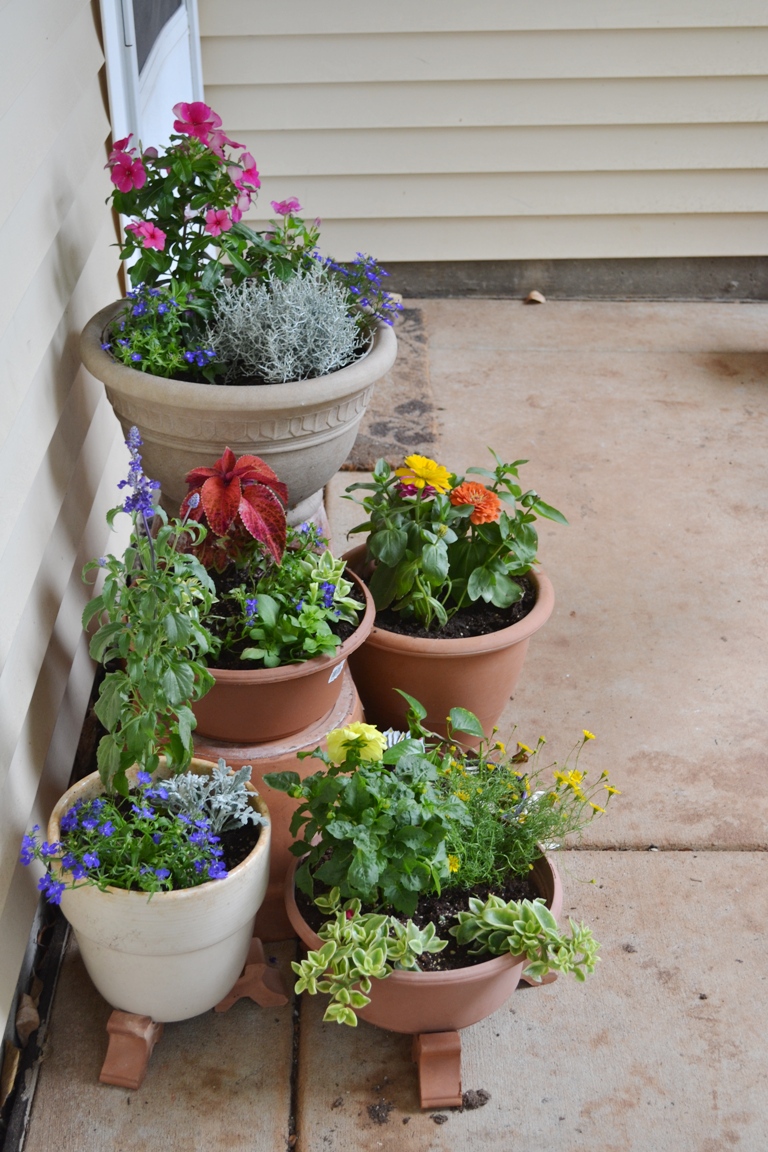 This weekend I wanted to get outside and do something, and I also wanted to be productive, so I decided to pull out all of the empty pots that used to be my container garden and redo them. 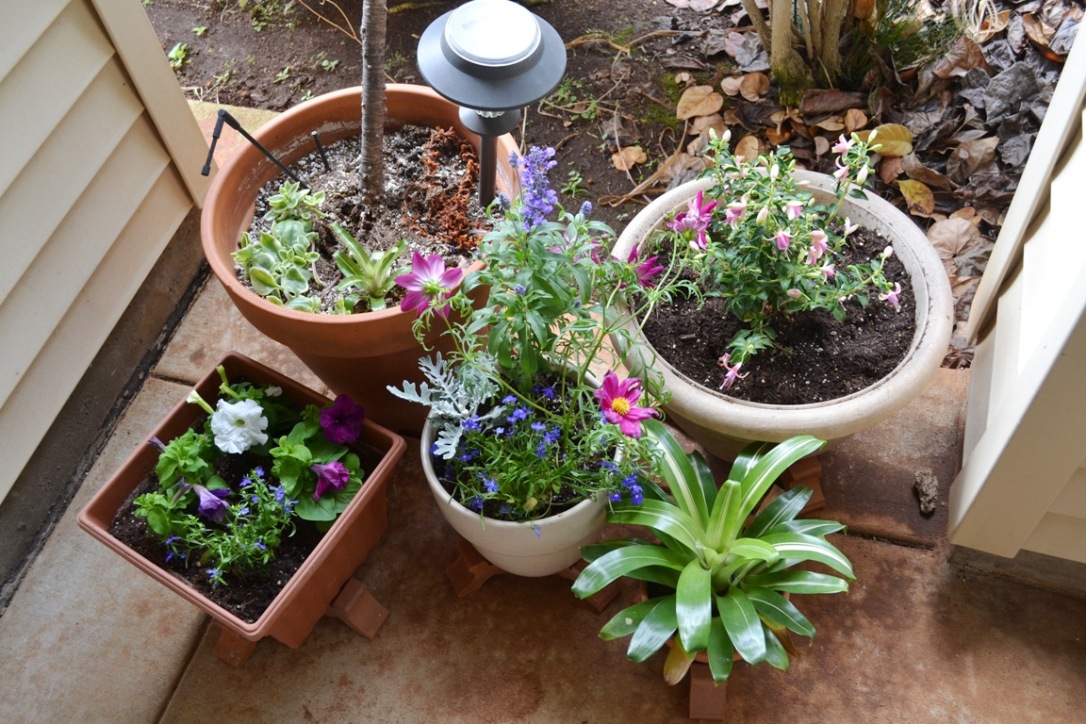 The flowers died over the summer and fall because we had an unusually hot and dry season. To be fair, I had some high-maintenance plants (like Gerbera daisies). Anyway, I wanted something fresh, but also something I wouldn’t have to invest too much time or money to maintain. So I bought annuals. 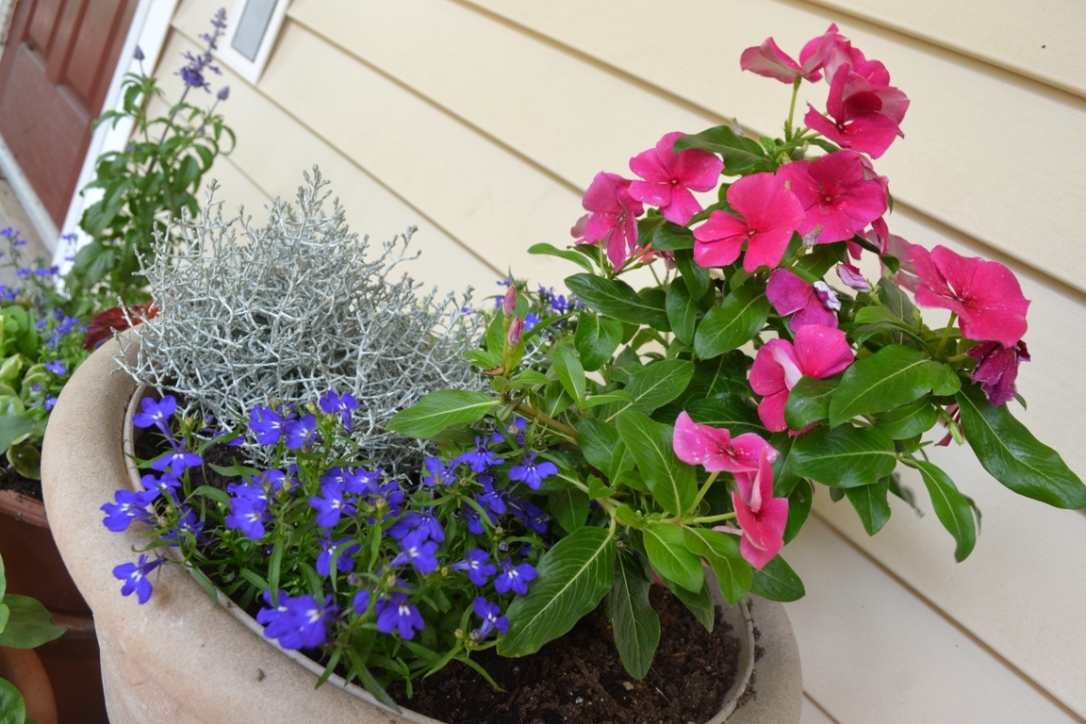 I got a variety of them this time: petunias, vinca, salvia, dahlia, zinnia, fuscias (which are apparently considered annuals here, which is weird), dusty miller, some tiny yellow daisies, and a few other things. All of them looked nice together, so I mixed them all together in the containers. 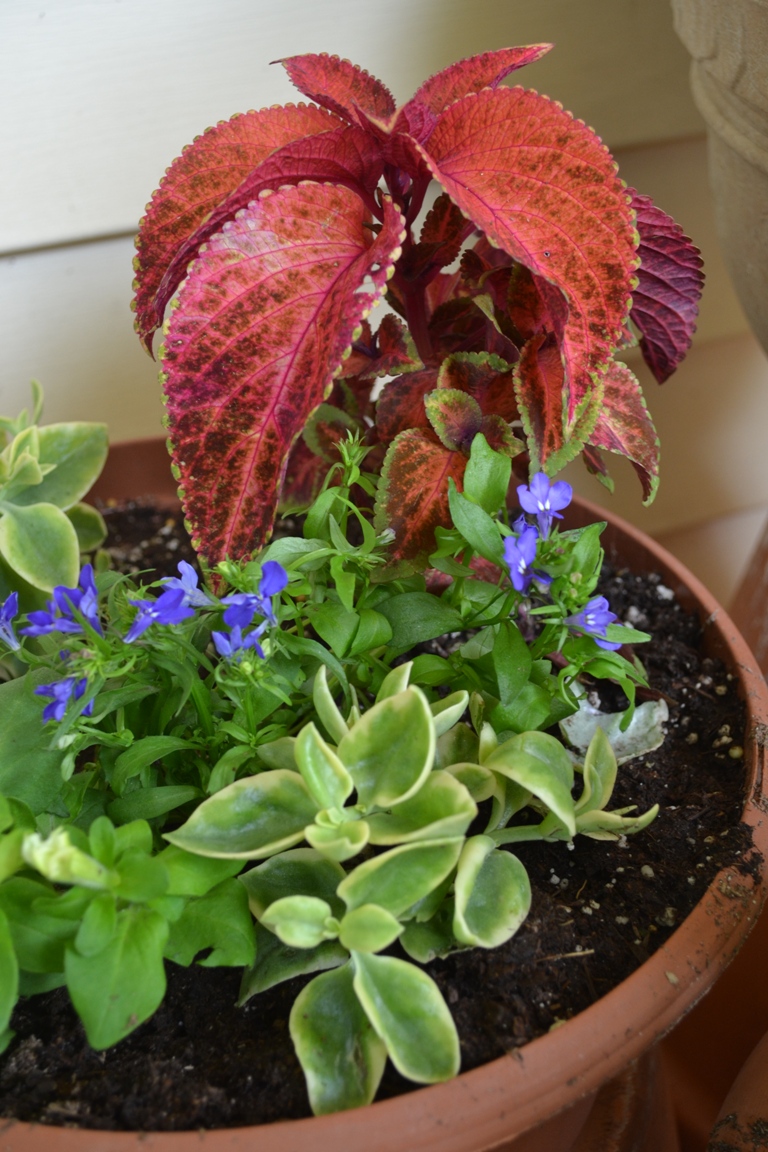 Another idea I had (because I didn’t want to buy too much new soil) was to take the big pots and upend them and use them as plant stands for the smaller pots. I think it turned out really well, A) because it gave height to the garden and B) because it was free.

It was a nice way to spend the afternoon on Saturday, and I’ve had fun checking them every day to see them perk up in the fresh soil. They’ll make for some pretty summer blooms if I can keep them in the shade. And since I’ve put them on the front porch instead of the back, I think they’ll be fine. ^_^ 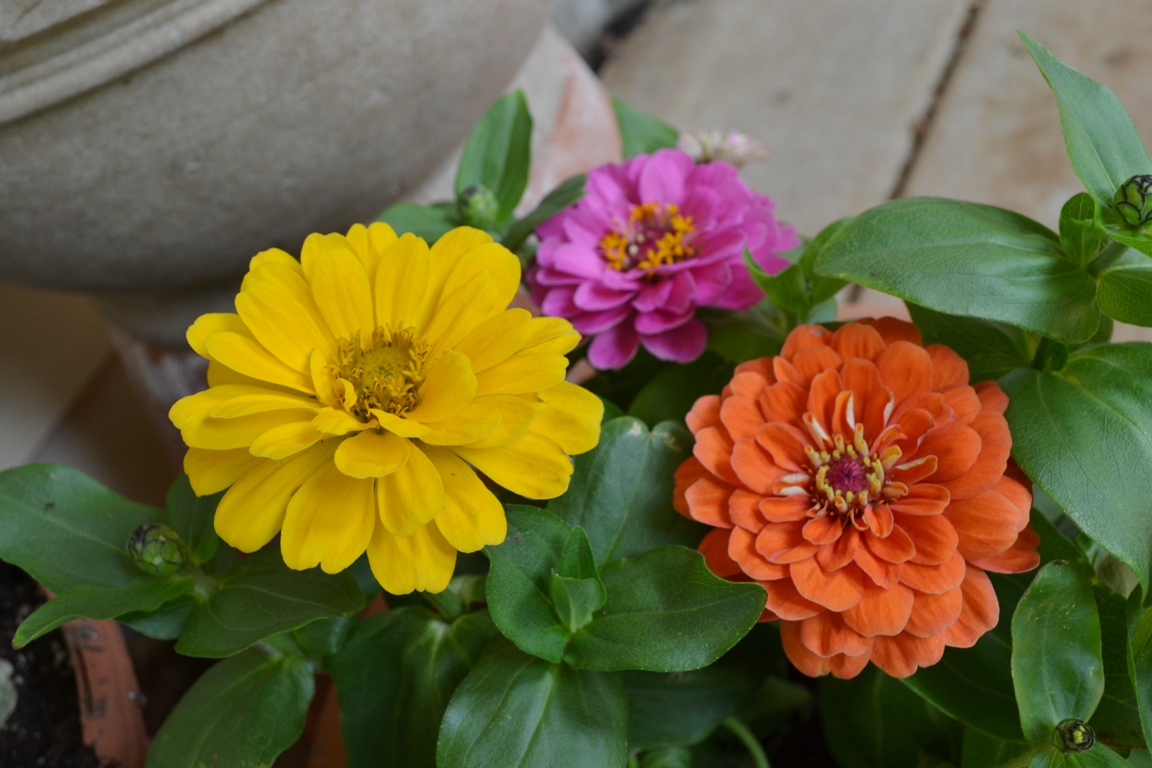 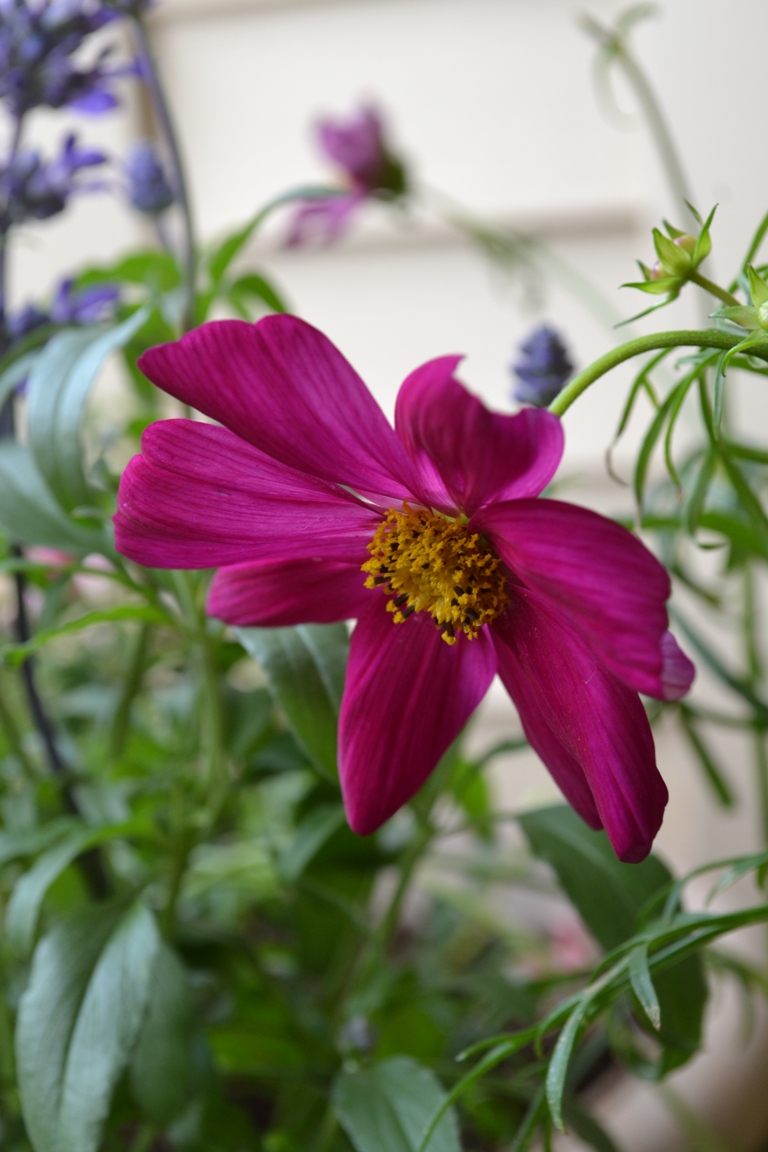 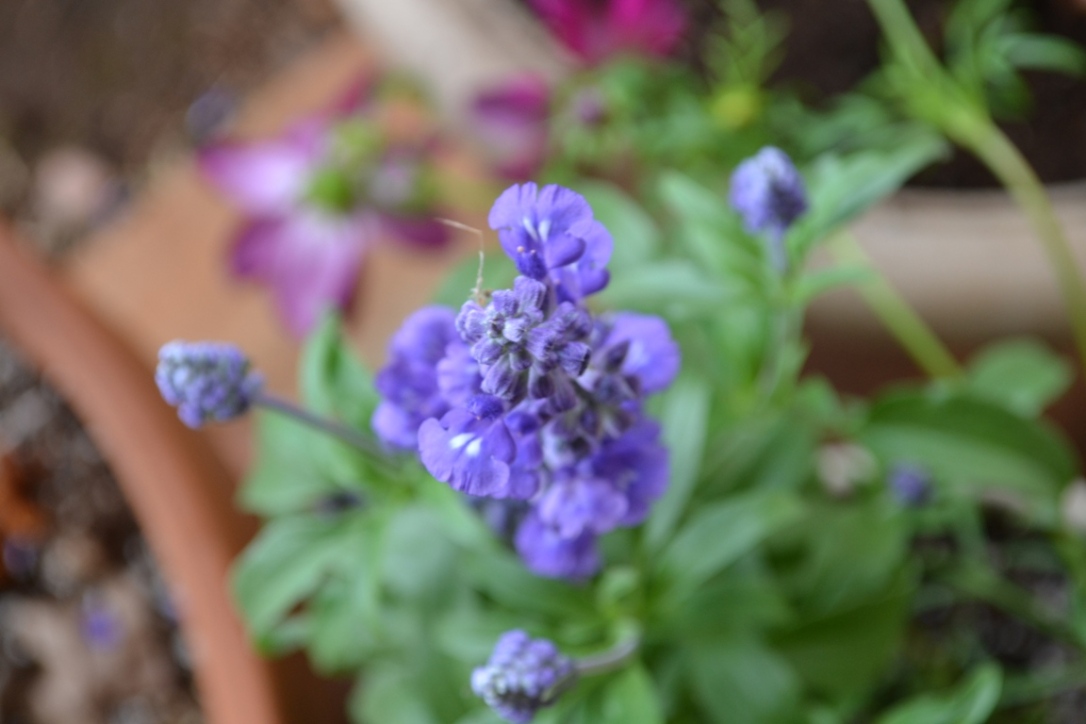 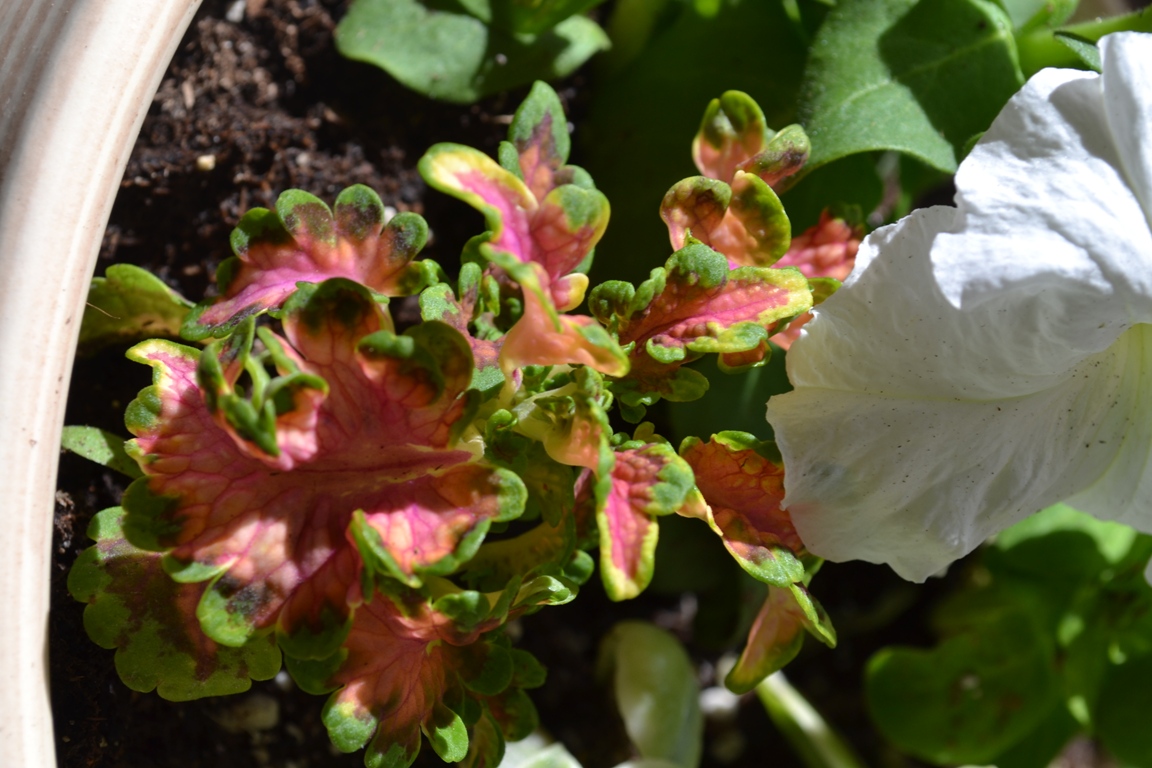