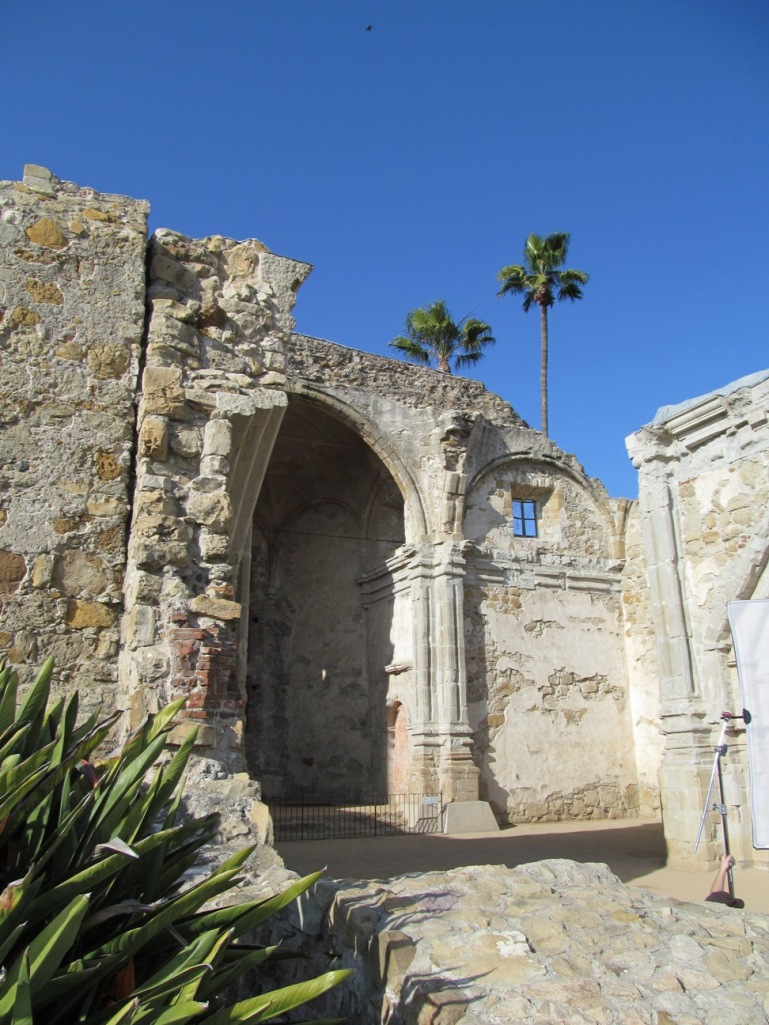 After visiting Old Town San Diego, J and I had an interest in visiting some of California’s famous missions. There were twenty-one founded during Spanish colonization, and many of them are still standing (in some form or another) as they are all less than 200 years old. The first we decided to visit was San Juan Capistrano, home of the famous swallows. 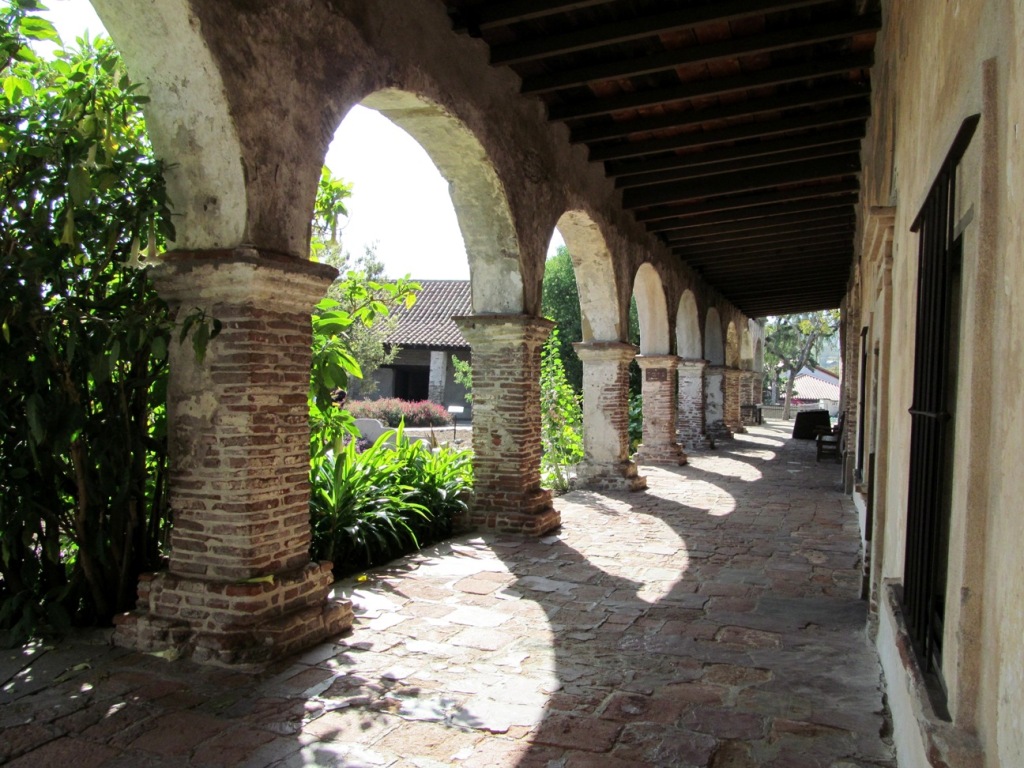 If we’d done our research beforehand, we’d have know that the swallows return was March 19 (three days before we went) and that the big Swallows Day Parade was the day after, but, y’know, it’s US so we just went on a whim. Maybe next year we’ll plan a little better.

Still, the grounds were covered in flowers, and though I didn’t see any swallows (just swallow nests, which aren’t quite visible in the photo above), there was a lot of history. This mission is extremely well preserved and maintained. 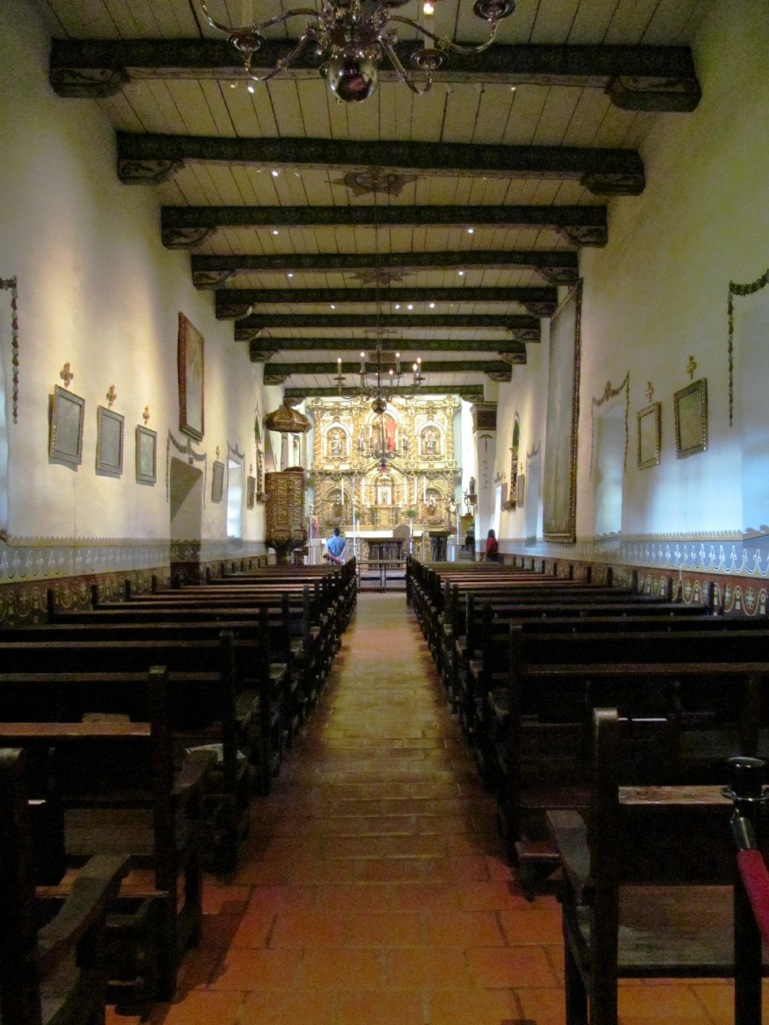 It also has the only chapel still standing where Father Serra is known to have held mass. There is a statue of him outside the modern day basilica. The original basilica, however, fell in an earthquake when it was only six years old, and the ruins are still standing. You can even see some of the tile and painting on the ceiling.

The modern basilica was built to be similar to the Great Stone Church that fell, and is just outside the original mission property. We peeked inside (though there was a wedding rehearsal happening) and it is beautiful.

We’ll have to go back and see the swallows, though. ^_^

Photos are here. Lots of flowers. ^_^