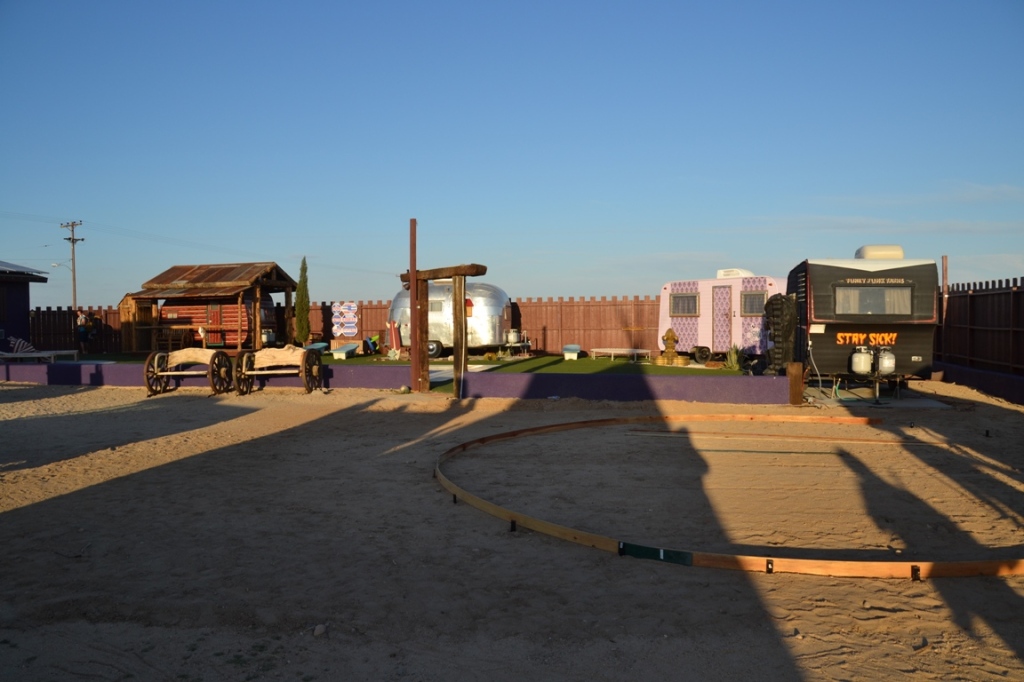 I apologize for the break in daily posting. Last week J and I went camping (of a sort) with some friends in the Joshua Tree National Park area. We stayed in an artists’ retreat, of the sort that values their privacy (and so doesn’t give out an address, just directions a few days before you arrive) but with enough fun and random things to do to make it a really fun getaway.

The property has several themed trailers, from one based on a wig shop in New Orleans, to one that’s like stepping back into the 1970s (which is where we stayed). It came outfitted with everything from an 8 track to a color changing speaker system to a plug in fireplace. We had a good time just exploring the place, but they also offer activities. 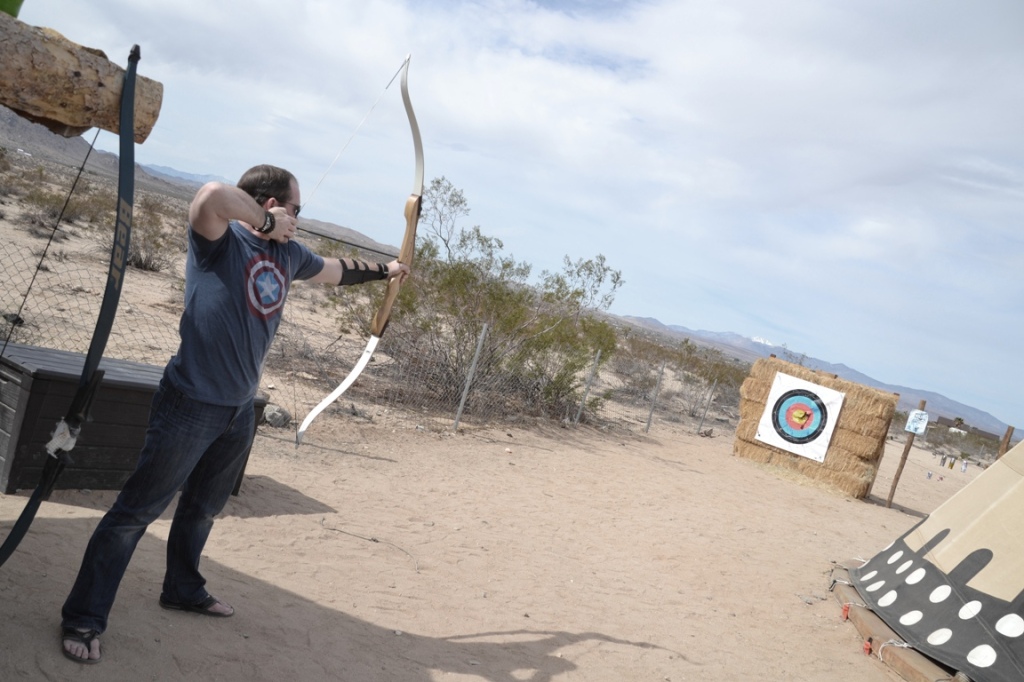 There is a small BB gun and archery range, a place to play corn hole, a rooftop Jacuzzi, a saltwater swimming pool, ping pong, a place to grill out, and a tepee with a fire circle inside so you can roast marshmallows for s’mores. The setup contributed to such a relaxed and friendly atmosphere that everyone staying there the night we were hung out around the fire, chatting and getting to know each other. They ranged from musicians to engineers, photographers to physicists, and it was fun to sit in the middle of such varied conversations.

The stars were gorgeous (though hard to photograph) and we enjoyed a beautiful sunrise, though it was possibly made more orange by the fact that our trailer practically glowed with the light of the 1970s.

More photos (plus some from the following day) are in this album.