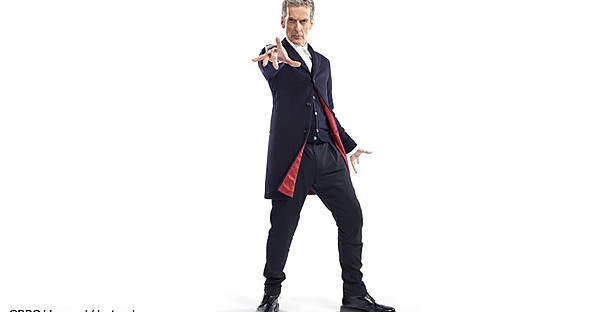 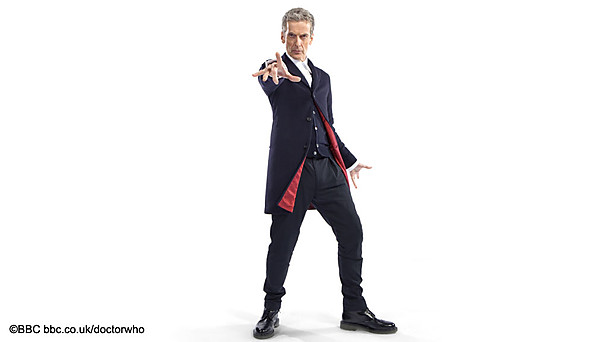 Last week the BBC released its first images of Peter Capaldi in his official costume as the Twelfth (Thirteenth if we count the War Doctor) iteration of our favorite Time Lord, the Doctor, and oh what a costume it is!

His coat and vest is similar to the last rendition of Matt Smith‘s costume, which is a nice homage to Eleven, but gone are the bowtie and fez. Well, that really remains to be seen I suppose, but I really doubt Capaldi’s Doctor will have as much childlike pleasure in wearing different hats as Smith’s did.

In fact, here’s the direct quote from Capaldi about the new look:

He’s woven the future from the cloth of the past. Simple, stark, and back to basics. No frills, no scarf, no messing, just 100 per cent Rebel Time Lord.

I couldn’t agree more. To me this costume choice harkens back to the Third Doctor, played by Jon Pertwee. During that time, the Doctor’s costume was almost like a dandy magician’s, with a cape that sometimes appeared along with the various velvet dinner suits he wore, including his iconic first costume that featured a very familiar looking red lining. 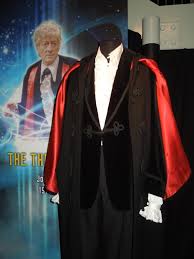 You can see how the new is reminiscent of the old, and I wonder if Capaldi’s Doctor will be likewise a slight nod in that direction. The Third Doctor was the one banished to Earth for breaking Time Lord law, after all, and with Gallifrey sort-of-back, kind of a little bit, and with the amount of rule breaking the Doctor has done in the last several hundred years, he might be heading back into the full on rebellion mode again. This is also interesting because Matt Smith has said that he patterned his own Doctor after the Second, portrayed by Patrick Troughtan. Could there be similarities?

Regardless of any connections, real or implied, I’m excited to see what direction the show goes as it enters its eight season since the 2005 reboot. I’m ready for an older Doctor, and I think it will be interesting to see who he is after everything he’s been through, losing his home and then finding it again. I’m also still holding out hope for improved writing for Clara (seen below, with Capaldi wearing Smith’s last costume), who has so much potential but, in my opinion, not well utilized at all. But this isn’t about that. This is about costume. And I love the new look for the Doctor. Bring it on! 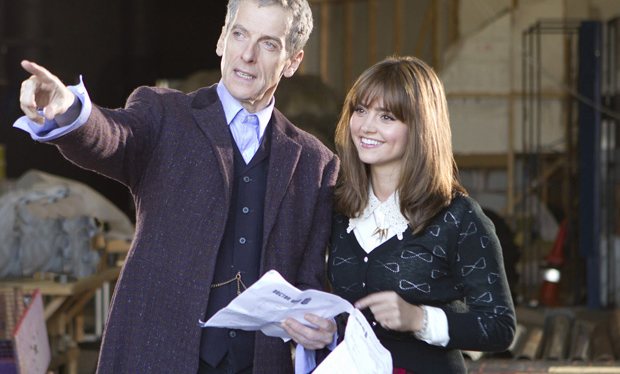