So, Australia was absolutely fantastic! I had a lot of first-in-my-life experiences (including diving for the first–and second–time), visiting two world heritage sites, and meeting a long time friend for the first time face to face, plus other fun things like a Geek Girl Pen Pals Club tea party and all the local wildlife and…. Well, it’s going to take several posts, and I’ll get on top of things eventually, but you’ll have to be patient with me. It’s coming. And if you’d like to do what we did and see what we saw, I’ll make a list of the places photographed!

A quick summary in the meantime: I both started and ended the trip in Sydney, first with J and then with my folks, so there are quite a few photos of the ever-photogenic Opera House.

J and I flew from Sydney to Perth to meet and visit old friends, and wonderfully we got along like a house on fire. We went camping and touring around the southwestern-most part of Australia and saw tons of wildlife including..

…these guys, who hung out in our campsite looking for handouts, which they didn’t receive from us. We also visited the point at the south where two oceans, the Southern Sea and the Indian, touch….

…and I got doused by a wave, but not until after this photo. We also visited some beautiful caverns, some tingle tree forests (giant eucalyptus), and hung out at the family sheep farm. All too soon we had to say goodbye and J headed back to California, while I…

…flew north to Queensland where I met up with my parents and had a few more wildlife encounters. We stayed in Port Douglas, which was a great spot to launch for touring. I got to see the Daintree Rainforest and the Great Barrier Reed where I… 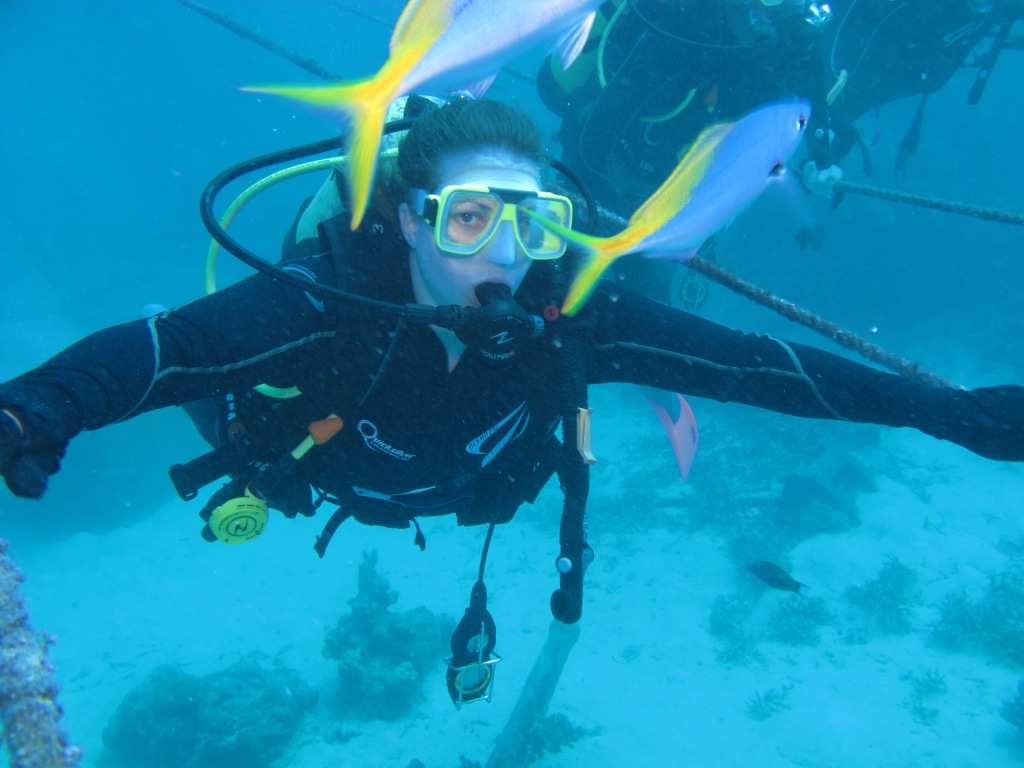 …learned to dive! I’ve wanted to see the GBR since I was eight years old and wanted to get the full experience so under the water to the fishes I went! Unfortunately, the next day the area was labeled under a cyclone warning, so they flew us out a day early and I found myself…

…back in Sydney for the end of the trip. Not a bad way to round things out, really.

So there’s the quick version. More details coming, as I said.

Other stuff I did besides this stuff:
Here’s my review for Captain America: The Winter Soldier.
Here’s a post about Disneybounding, which is one of my new hobbies.
Aaaand really that’s it. I’ve been swamped since I got back and playing catch-up this week. More soon! And in the meantime, have a great week. ^_^