Yesterday I participated in an animal behavioral study. Specifically, we were keeping track of how often during the day the zoo’s two cheetahs were visible to the public.

Have you ever had to study animal behavior? It makes for a long day. A long day during which my view was mostly this:

My job was to sit in front of this viewing area and write down every time I saw a cheetah (or both, there are two of them in there) and how long each one was in view. I couldn’t count the times when I knew where the cheetahs were if I thought the average zoo visitor wouldn’t see them. This meant that for long chunks of time while the cheetahs were laying up on the hill I couldn’t count it because people don’t have the patience to look behind the rocks. People pretty much just cruise right by and if there’s not an animal plainly in sight, they assume the exhibit is empty and keep going.

Anyway, there were a couple of long, empty periods that were punctuated with a flurry of activity. It’s fun to see a cheetah pounce another cheetah and then to see them both go tumbling down the hill. So cute.

What I found was that the cheetahs were most active for their first hour or so on exhibit (which is normal for zoo animals– if you visit a zoo, go in the first couple of hours to see the most), and then after 1:30 in the afternoon when it cooled off a little. In the meantime, they hung out in the back, out of view (they’re shy animals!) where it’s cool and shady. I forgot my camera, and was busy writing the times I saw them anyway, so there aren’t any good photos from that vantage point. Here’s what the other observation point looks like, though (old photo):

I don’t know which of them this is, but after watching them for seven hours I can, in fact, tell them apart. They have different spot patterns on their faces and necks.

So what was the point of this whole endeavor? Well, the cheetah exhibit isn’t set up to encourage them to run right now, and they are, after all, running animals. By figuring out how often they come to the front (so people can see them) and where they go, the zoo can make the exhibit better for the cheetahs. They’ve also got a rig they’re going to install to encourage sprinting. Exciting!!

Other news? We’ve got a baby (born in May) fennec fox on exhibit now! Meet Puka! 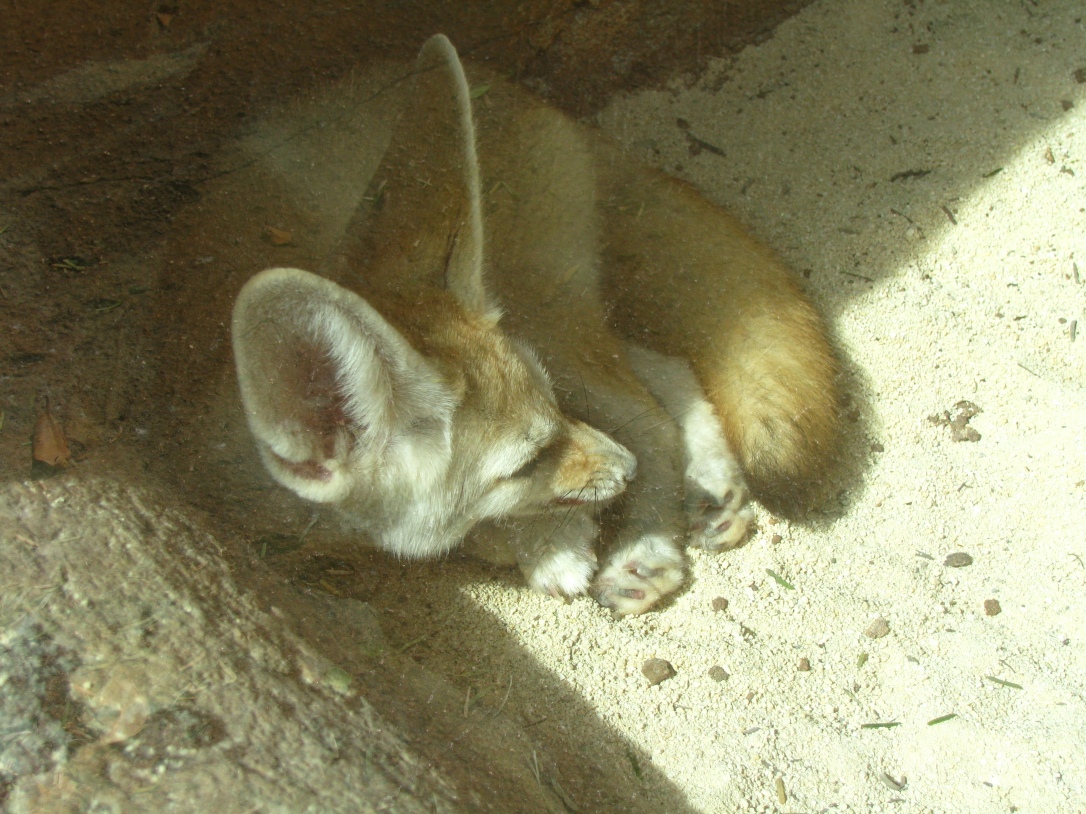 The pictures aren’t great quality, but I’ll get some better ones. She’s very energetic and I couldn’t get one until she held still, and then she curled up for a nap, so this is about it. She was pretty adorable washing her face before sleep, though, and then fell asleep halfway through cleaning her ears. D’awwwww! 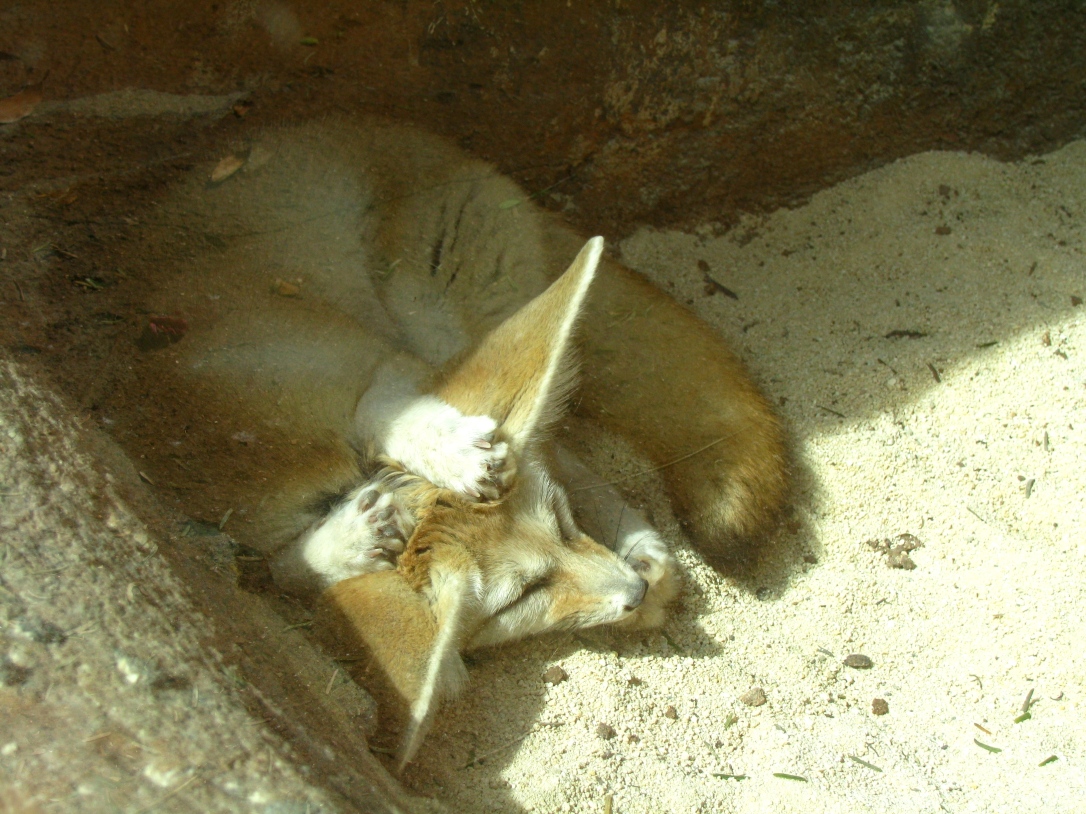 2 thoughts on “A Cheetah’s Favorite Spots”