Hello again, and welcome (finally) to Learn-a-new-animal-day! I promise this post will be far less ranty than my previous edition…

Take a look at this animal for a moment:

This is obviously a member of the canine family, no? How can you mistake it? It’s got the face, the feet, the tail… And yet one of the most common things I hear when people observe this animal is this: “Look at the hyena!” This is absolutely not a hyena, and I think it speaks to some confusion about hyenas themselves. So let’s talk for a moment about hyenas, shall we?

This animal is a spotted hyena. 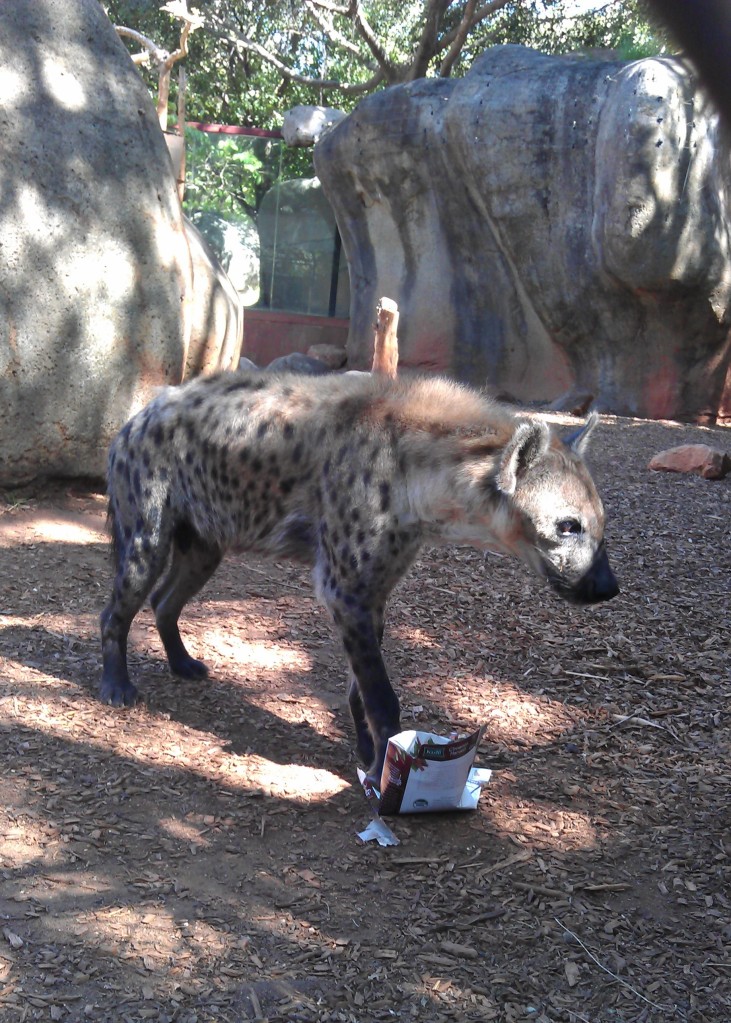 See the body shape? It’s barrel-chested. The muzzle is rectangular and the ears are set on the side of the head. And while the shape is somewhat canine, it is also distinctly not canine. Look at how it moves its legs: 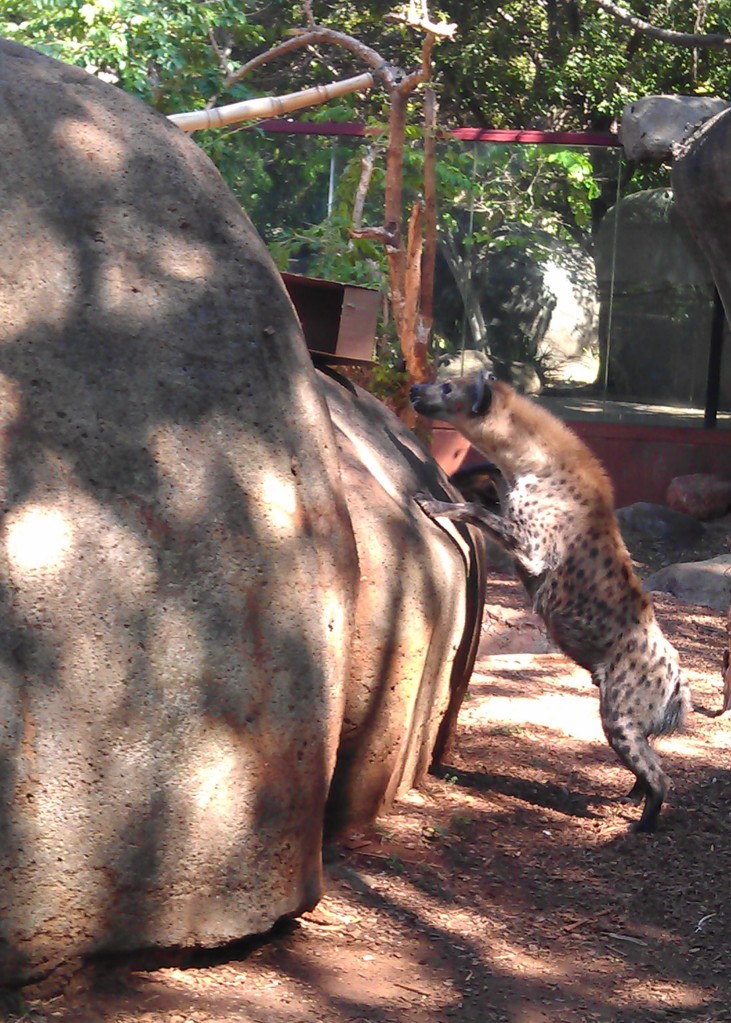 It’s not quite the same. Add to this that they are not even in the Canidae family and really that idea’s done. Hyenas are in fact in their own family (Hyaenidae), within which there are several types of hyenas. Hyenas and wild dogs are in the same order: carnivora. Carnivores encompass so many types of mammals from wolves to tigers to mustelids (think weasels and otters) to bears to skunks (which are in their own family, too). So African wild dogs are no more closely related to hyenas than they are to bears. Really. In fact, hyenas are thought to be more closely related to felines and mustelids than canines.

Now let’s go back to the wild dogs themselves.

African wild dogs are also known as African painted dogs or African hunting dogs. They have large ears and distinct mottled patterns on their coats which are unique to each animal. In fact, they are endangered in large part due to poaching for their fur. Because of this they are part of the Species Survival Plan, which is a conservation program to maintain a geneticly diverse population in captivity, with the goal of one day reintroducing species to their native habitats. One interesting difference between these dogs and other dogs (including domestic dogs) is that they only have four toes on their front feet opposed to five. 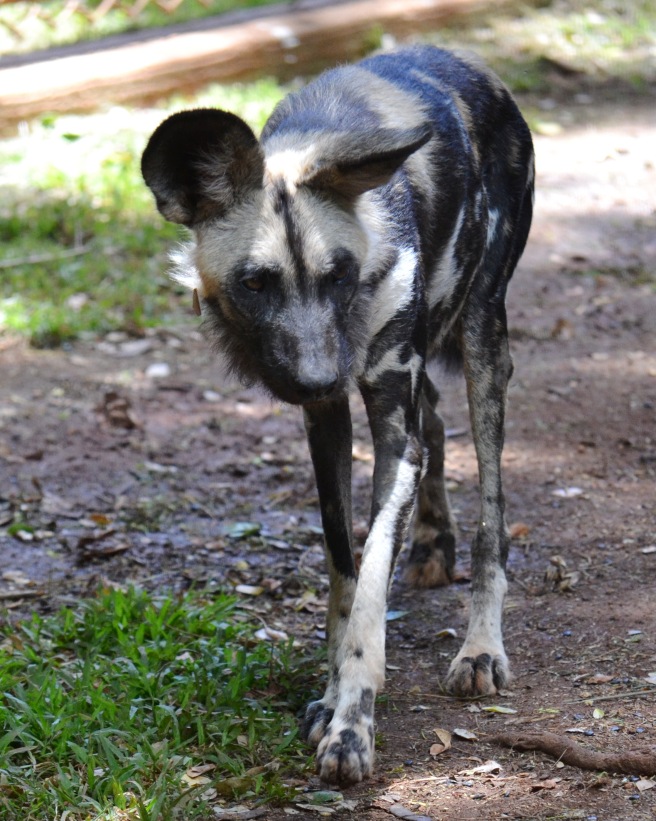 Another thing I overhear a lot is that they look just like “regular” dogs. While their faces might look like your average German shepherd, they retain all of their wild instincts, are not domesticated and have razor sharp teeth. All this equates to not playing fetch with the zookeepers. I promise.

That being said, they are beautiful and intelligent and amazing. And I hope you’ll know what they are the next time you see them in a zoo. ^_^

If you want to see hyenas and wild dogs at once, to really see the difference, check out this video from National Geographic.